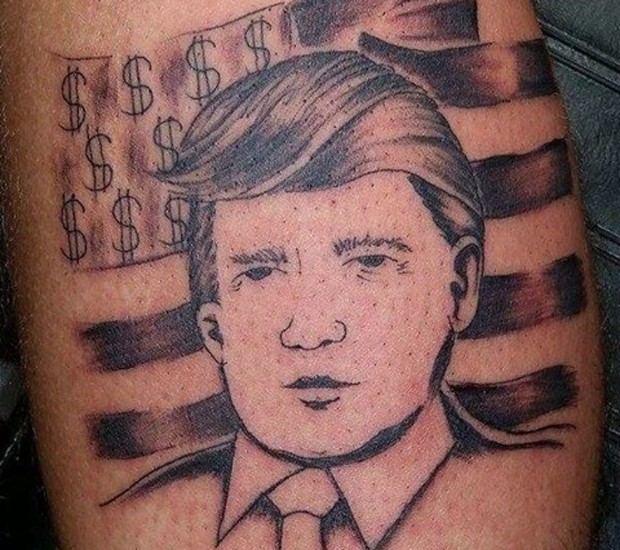 One question that I get asked over and over is “What if Trump loses and doesn’t leave?” Actually, it’s not so much a question as a statement of worry. My reply to that “question” is always the same: “If Trump loses my bet is that he makes noise but leaves. We can make him leave by turning worry into work that ensures that he loses in a landslide. Stop focusing on Trump and own your responsibility. This is on you, not Trump.” I wrote something on Trump’s tactic of puff ‘n bluff that I hoped would calm some nerves. None of that seems to be enough. So, I am going to look at some things that happened in the near and far past to illustrate how Trump acts when things get tough. Maybe that will clarify things. I will start with last week:

So, I gave you four recent retreats. Portland was an authoritarian play, along the lines of not leaving if Trump loses the election. Here are some other things:

How about Trump’s pre-presidential life? There we see a lot of bark but very little bite. His business MO is to court but not fight the powerful. Sometimes the courting turns to begging. Seriously, he begs…mostly banks and probably Russians. When he plays tough guy, he picks on small contractors and people who do not have the means to fight back. If they dare do try to take him on, he buries them with lawyers, knowing that he will win a war of financial attrition. He bullies with attorneys.

When someone with power or deep pockets challenges him legally -such as a state – he blusters and then settles out of court, as he did with Trump University. If an adversary has power and/or resources equal or more than he does, Trump avoids one-to-one legal challenges. He runs from the fight.

In the physical realm, Trump surrenders himself to shitty food and scorns exercise. He is lazy and slothful. He avoids exertion. Obama jogged and played basketball while in office. George W. Bush chopped wood and cleared brush. Trump golfs, which is no more than a couple hours of swinging a stick about forty times. Most golfers walk the course. Trump is driven around in a cart, and onto greens, which no one does. Oh, and he cheats at golf! He might spend a lot of time on the course but there is a good argument to be made that he doesn’t even play golf. He just walks around with sticks.

How about fighting? Trump fancies himself the tough guy and is fast to talk fisticuffs, but when has he ever mixed it up? I’ll tell you when: On WrestleMania (and other WWF/WWE events) where everything was staged. Trump’s big move there was climbing into the ring. Trump’s wrastlin’ takes the sports out of sports entertainment. Trump is not a fighter. Like most bullies, he is a bluffer.

As far as entertainment goes, Trump’s one solid success is The Apprentice, but even there he didn’t do much more work than show up (in his own building. The show’s set was in Trump Tower) and read from a cue card. All the show’s conflict was scripted and since Trump was cast as the boss, Trump always won. When it came to the real work that made the show a success, blame Mark Burnett, producer and showrunner. If the show’s success was reliant on Trump’s “hard work,” The Apprentice would have been reality TV’s Vinyl.

Children: Very few things are as difficult as raising children. I don’t have kids and I know that to be true. Trump bailed on his children. He proudly put the responsibility of raising his kids on moms and nannies. Aside from Ivanka, Trump uses his kids as props for photo-ops and that is pretty much it. Ivanka is a prop and his main sexual interest. And he doesn’t even use Baron as a prop, he neglects that kid. Trump refuses to do the hard work that is required as a parent. And, I’m talking about the kids that we know about. God knows how many kids are out there that he fathered out of wedlock, secret children that don’t know he’s their father. At best, the most those kids have gotten from Trump is a check.

This is Donald Trump. Trump is a coward who can’t handle any conflict where he stands a chance of losing. He lives a very shelters life where most of his fights have been staged. His wealth has protected him from the harsh realities of life. He surrounds himself with people who bow and scrape, “Yes sir, boss, whatever you say. You are so smart and handsome.” He talks shit, a lot of it and loud, but the shit talking is puffing. He thinks that mouthing off is toughness, but inside he lacks whatever it is to act, to get in a knock-down, drag-out fight. When faced with real conflict with an equal adversary he has always given up or ran.

What is there in Trump’s history and his nature to suggest that he will overstay his welcome? Where are the ovaries or balls or whatever that he needs to take on Congress, the courts, the military, and, most important, a popular uprising that will make Portland look like a kiddie party? The man refuses to endorse a candidate in Kansas’s Republican primary for Senate, fearful that he might make someone mad or be on the losing side. Oh, he will make tons of noise between now and November. He will throw a fit when he loses. But, once anyone slaps him down, if past is prologue, he will give up.

You want something to focus on? How about the election itself? Trump is very much behind in the polls, including in states he needs to win. He is doing everything wrong and is incapable of course correction, though I don’t think a change in how he acts or what he does will mean much now. He has no political strategy, just a series of thoughtless plays engineered by half-assed creeps like Chad Wolf. God damn, he is going to run on his 2016 platform, half of which is attacking “the president,” which was Obama but is now Trump. And, rather than examine what he is doing wrong, he whines that “Nobody like me.” So, the odds are against him, but never say never.

Turn your concern into action. Register to vote, register other, engage, work hard. Make sure you know your state’s rules about in person and absentee/mail-in voting. Trump might be fighting mail-in, but many Republicans on a state level are not. They know that they benefit from mail-in. I write that so you know that Trump is not all-powerful here, however, you still need to know what is up with your state. And don’t stop with you. Make sure others vote.

If you are truly worried about Trump refusing to leave, don’t give him a chance to stay. Let’s wipe him out in a no-questions/no-bullshit total landslide. Let’s send him out with him owning the failure of a lifetime. But why stop there? Crush Trump and Republicans will go with him. We can hand Democrats the presidency, Congress, and maybe a few states. We will no longer be playing defense. We will be on offense where we can fight for change and fix this country.