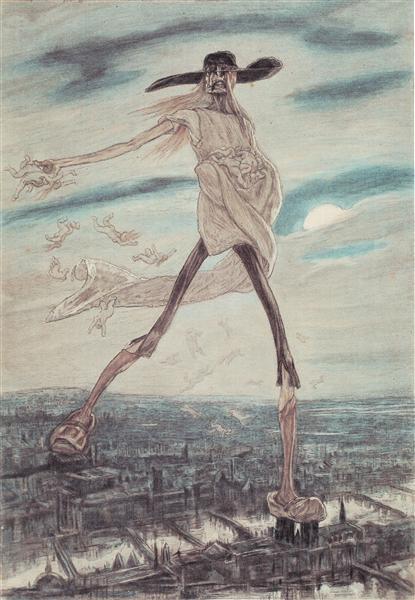 A week or so after Biden took office, many of us discovered a calm inside us. The calm came not just from the knowledge that the country was being run by intelligent, competent, empathetic people. We suddenly had all this space in our heads for something other than Trump. Trump as no longer top of the news. He was gone from social media. We were no longer waking up to a maniac pointing a gun at our heads. The return of personal space allowed us to mediate reality on our own terms – a 1-2-3-4 pause that helps short-circuit emotional triggers – but that doesn’t mean that all is well.

I am angry, very angry, and right now it is whole focused on the Republican Party. On January 6, Trump gave every Republican a great opportunity to reject MAGA. Instead, they have embraced it. I don’t care why the Republicans won’t quit Trump. At this point, especially after decades of moralizing about personal responsibility, liberty, and slippery slopes, Republican justification really don’t fucking matter, not when Republican senators sitting through the impeachment trial sit in doodle or leave the room while House managers recount the MAGA mob assault on the Capitol building, an attack that put many of their lives at risk.

I am also pissed off that much of the media treats the GOP like it’s a prim and proper party having a political bad hair day despite very clear, ample evidence that the Republican Party is anything bit “respectful.” The GOP is an authoritarian party that uses paramilitary violence to keep itself in power and advance its agenda, and this is nothing new.

Read a bit of history, pay close attention to the news and it is impossible to look at the images of January 6 insurgents, the rhetoric of Donald Trump, and the sneaky support of the Republican Party and not suspect – at minimum – that the GOP has or is grooming a paramilitary wing. It’s paramilitary wing might not be official, it might not be by design, but it is certainly present. Let’s review:

That’s less than a year’s worth of paramilitary activity supported and/or encouraged by Republican President Donald Trump, events that the Republican Party and most of its member failed to take action to stop.

Over the past four years, the chair of Oregon’s Multnomah County Republican Party (MCRP) – which represents Portland – has not only allied himself with far-paramilitary groups, he invited two paramilitary “militia” groups – Oath Keepers and Three Percenters – to provide security at Republican Party events. The MCRP chair also provides legal defense for the leader of the Patriot Prayer, a Northwest version of the Proud Boys. This happened while many Democrats and those on the Left worried that Portland Antifa activists standing up to the paramilitary right were giving progressives a bad name. Of course, the Republican Party had nothing to say about one of their party’s county leaders allying himself and the county party with paramilitary organizations.

From the 1980s through the 2010s, anti-abortion paramilitary groups such as the Army of God and Lambs of Christ bombed and set fire to women’s health clinics. Their members and those inspired by the groups assaulted clinic workers and assassinated doctors. For more than thirty years, these crimes have had backdoor support from “mainstream” groups like Operation Rescue, rhetorical encouragement by conservative and right-wing media, and political support by the Republican Party. Republicans have long adopted the same extreme, violent language as the anti-abortion militants and pimp propaganda generated by the militant’s allies. In this case, the Republican Party has been complicit in paramilitary violence.

In 2014, Cliven Bundy and paramilitary under his control occupied federal grazing land in Nevada, land administered by the Bureau of Land Management (BLM). For 21-years, “welfare queen” Bundy had mooched $21 million off the tax payers by illegally grazing his cattle on public land. When BLM came to collect setting of a series of events that led to Bundy assembling hundreds of armed “patriots” to “defend” him. The standoff lasted for more than a month. It ended with the arrest of Bundy and others. Charges were later dismissed. The Republican Party was silent about the standoff, though many Republican elected officials were supportive of Bundy’s actions.

In January 2016, Ammon Bundy – Cliven’s son Ammon – led an armed occupation of the Malheur National Wildlife Reserve in eastern Oregon. Bundy claimed that his paramilitary invasion was a protest over the jailing of Dwight and Steven Hammond, who were being punished for twice setting fire to the Reserve. Aided and co-organized by Washington Republican state legislator and white-supremacist Matt Shea, Bundy’s occupation ended in the shooting death of a militant participant from Utah. Bundy and his people were arrested and later acquitted. Bundy is now organizing a national paramilitary network called People’s Rights. In 2018, Trump quietly pardoned the Hammonds. Where was the Republican Party in all this? Absent, in the case of Shea, a participant. Other participants later ran for public office as members of the Republican Party.

In 2009, the Justice Department issued a report on the emerging threat of right-wing terrorism. The report warned that:

“Rightwing extremists may be gaining new recruits by playing on their fears about several emergent issues.” It also predicted that the possibility of new gun restrictions and the return of “military veterans facing significant challenges reintegrating into their communities” might mean “emergence of terrorist groups or lone wolf extremists capable of carrying out violent attacks.” The report called this convergence of factors the “most dangerous domestic terrorism threat in the United States.”

While the relationship between the Republican Party and right-wing paramilitary groups is public record, Americans are either ignorant of or in deep denial of its existence. That is starting to change. Much like the killing of George Floyd forced white Americans to acknowledge the country’s long history of white supremacy, the January 6th insurrection is bringing the GOP’s closeness to right-wing paramilitaries out in the open.

This week, House managers in the second impeachment trial of Donald Trump said what too many have whispered, information that many who study the far-right already know: President Donald Trump has an intimate relationship with paramilitary groups. He might not invite them to the White House (only the Capitol building!) or appear with them in public, but he has carried out a dialogue and strategized with them in tweets and through the press. Again, not only was the Republican Party being silent about this relationship, many of its members had forged similar relationships with paramilitaries.

As Trump’s administration wore on, President Trump became more confident with his power. His dog-whistles to paramilitaries morphed to nationally-broadcasted calls to “Stand back and stand by.” In his last act as president, on January 6th, at the Washington D.C. “Stop the Steal” rally, Trump gave a direct order to his paramilitary allies:

“We’re going to walk down to the Capitol, and we’re going to cheer on our brave senators, and congressmen and women. We’re probably not going to be cheering so much for some of them because you’ll never take back our country with weakness. You have to show strength, and you have to be strong.”

There is nothing unambiguous about Trump’s statement. After inviting MAGAs and paramilitaries to Washington, D.C. for a “wild” protest challenging the results of an election that he clearly lost, Trump tells his mob that they are to “walk down to the Capitol.” As usual with Trump, he introduces a “peaceful” suggestion (cheering “brave” allies) only to immediately invalidate the suggestion by stating that “cheering” is “weakness” and that his supporters must “show strength.” For Trump, “showing strength” is “fighting like hell,” a sentiment that he repeated in his January 6 speech twenty times and, in context, meant physically fighting.

When his paramilitary-filled mob attacked the Capitol, rather than “walk with them,” Trump retreated to the White House, where he excitedly watched television footage of his supporters attacking Capitol police and invading the Capitol building. After being informed that his vice president, Mike Pence, was in danger, Trump tweeted attacks at Pence. His mob chanted “Kill Mike Pence” while they hunted for the VP throughout the building.

All of this is on record. We’ve heard it recounted hundreds of times by legislators and staff who experienced the assault. We know it from frank acknowledgments by Capitol police, including the families of two officers who committed suicide after fighting off Trump’s mob. No matter what Trump’s lawyers say, we know what happened and so does every Republican senator who is serving as a juror in Trump’s impeachment trial.

While there is no language in the GOP platform or official documents supporting paramilitary groups, we can clearly see a relationship between the Republican Party and paramilitary groups.  We know that party members, including local leaders, have allied themselves with armed militants. Some have offered the paramilitaries words of encouragement. Others take on the trappings of and are members of paramilitary organizations. The only thing lacking in this relationship is a public acknowledgement by the Republican Party that it exists.

Perhaps as soon as this weekend, the Senate will be voting on whether to convict or acquit Donald Trump of fomenting an insurrection with the help of American paramilitary groups. The evidence that has been presented by the House managers is so clear and present that only the brainwashed could deny the danger it suggests.

Republican senators are not brainwashed. They saw what we saw, they heard what we heard, and, unlike us, they experienced first hand the assault on the Capitol. They also know exactly what is at stake here and what failing to vote to convict Donald Trump means.

If Republicans vote to acquit, the Republican Party is on record as supporting paramilitary activity: Any paramilitary group that acts at the command and in the interests of Donald Trump is acting in the interest of the Republican Party. If they acquit, The Proud Boys, Oath Keepers, Three Percenters, People’s Rights, Patriot Prayer, the Boogaloo Bois, and other right-wing paramilitary organizations must be considered as much a part of and as important to the GOP as Fox News, the Chamber of Commerce, and the religious right.

But, if by some miracle the majority of Republican senators – not just seventeen – vote to convict Donald Trump, well, it is not enough. The Republican Party must rid itself of far-right militants whether they be white supremacists, neo-fascists, anti-abortion “activists,” or armed “patriots.” They will have to do more than police the national party: The GOP must go into the lowest levels of the party, into county central committees, and purge paramilitary members and their militant allies. Only then will the party be able to stake a claim in democracy and regain legitimacy. I’m not holding out hope on this one.