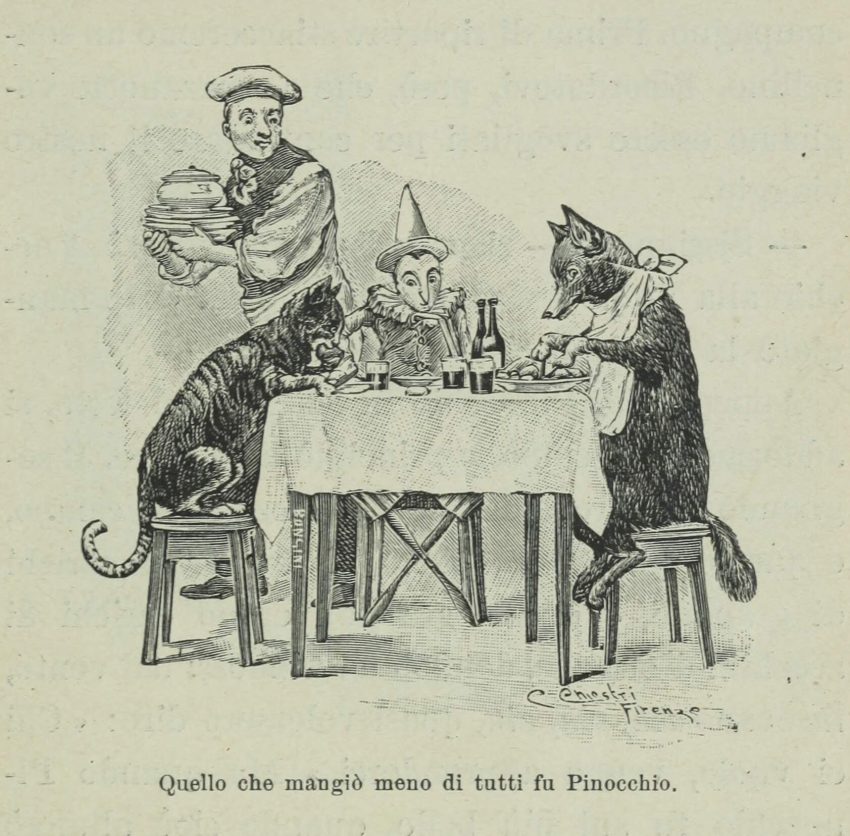 A stupid but telling Trump lie emerged over the weekend. Looking at tight polls in Florida, Donald Trump claimed that he won the “Bay of Pigs award.”  Of course, there is no Bay of Pigs award, a “revelation” that surprises exactly zero readers of the Comment. The reality is: In 2016, Trump got the endorsement of the Bay of Pigs Veteran Association, a right-wing Cuban anti-communist group. The Pig Bay vets also gave Trump a painting of the Bay of Pigs Brigade 2506 shield. The Trump campaign is trying to spin the gift painting as the award. It’s not, and that is easily proven.

As with most of Trump’s lies all one has to do is research the event or comment Trump is referencing and the truth will emerge. Again, we know this, just as we know that when Trump advisor Peter Navarro is interviewed on CNN, the hack economist is there to spin lies. Or when Trump’s press secretary Kayleigh McEnany tell the press that she will not lie to them, her pledge is her first lie.

Last week, Bob Woodward released some Trump recordings he made for his new book to the press. We learned that back in January Trump knew exactly how deadly the coronavirus was and how it passed through the air. The tone of Trump’s voice on tape when casually giving up the lie is unnerving, but none of us are surprised that Trump was lying to us. We also know that what he was telling the public at the time of Woodward’s recordings was a lie and that everything he said about COVID after that has stemmed from the original lie. We know this because all of it has been recorded.

Woodward got some backlash for not reporting Trump’s lies earlier. When asked why he didn’t speak up before the publication of his book, Woodward said that when Trump told him what he really knew about COVID, Woodward had no idea if Trump was telling the truth. He had to find people to back that up and that took time. Woodward was not able to confirm for a fact that Trump’s motivation for lying was to “keep the public from panicking,” as Trump claims. When Trump’s quotes came out last week, Trump agreed with himself that he was trying to “calm” the public. But who knows if Trump’s cover is true or he is just hopping on the one lie to support another lie or another lie or another lie. The only thing we – including Woodward -know for sure is that we cannot trust Donald Trump to tell the truth on anything.

Late August, before the Woodward revelations, polling found that only 31% of the public trusted Trump’s word on the pandemic. A poll released over the weekend shows that only 35% of the public supporting Trump’s “actions” on the pandemic. On other issues, Trump’s support or level of trust also sits in the 30s. Given that one-third of the country is solidly behind Trump no matter what none of this is a shocker.

Now, from here I could go into an examination of the lies, theorize on how Trump lies and why, dig into the cult-like belief of Trump’s supporters, and so on. Instead I will simply state the obvious: Trump is a liar. His word cannot be trusted on anything.  All the problems created by Trump stem from his dishonesty, as well as his incompetence (with includes idiocy and proud ignorance), his sense of entitlement, and his cruelty. Those four things tell us all we need to know about Trump’s worthiness as president, and, frankly, a human being.

Own that last paragraph and use this knowledge about Trump as a filter. If we accept that Trump’s words are lies until being proved true, there is no reason flirt with the rabbit hole every lie presents. That one-third of the public repeat Trump’s lies doesn’t lessen the lies. It doesn’t matter if the Trump cult truly believe everything Trump says or if they have an ulterior motive in repeating the lies. They have wedded themselves to the lies.

By refusing to engage with Trump’s lies or his supporters’ deceit, we are not ”living in a bubble” nor are we retreating to the “ivory towers” of the “elite.” No, what we are doing is acting on common sense. By refusing to engage with the lies, we save our energy and intellect to dealing with the world’s ugly truths – an out-of-control pandemic, a severe economic crisis, systemic racism, the obvious danger of climate change, etc.

Last week, California’s sky was orange and everything was covered in ash. It is much more important to know the science of these wildfires, than chase down the lies Trump supporters use to justify inaction on climate change. Every on of this year’s Western wildfires started by lightning strikes, human carelessness, a mishap, or arson. Regardless of a wildfire’s origin, climate change has made these fires more deadly than before. They burn hotter and longer thanks to weather conditions that resulted in dried up vegetation, which gives fire more fuel to burn. Hotter days, low humidity, and wind turn fires which would have stayed small a decade ago into behemoths. The pandemic has tapped Western states’ ability to fight fires. A lack of resources, specifically money and firefighters, has forced officials to let some fires burn free. That is the truth of the situation we are in.

Trump and the right look at the wildfires and tell us two lies. The first is that all we need to do to stop wildfires from happening is “rake the forest.” The second lie is that the fires were set by antifa and Black Lives Matters protesters. Both of these lies are so easily dis-proven and outrageous that they are immediately dismissed with ridicule by much of the public and corrections by public officials and the press. While it is relatively easy and energy-free to laugh in the face of lies, correcting them takes time and energy that could be used elsewhere.

A little more than two years ago, Capitol Weekly published a piece of mine on Trump’s deceitful and nonsensical statements on California’s wildfires. In one tweet, he wrote:

Governor Jerry Brown must allow the Free Flow of the vast amounts of water coming from the North and foolishly being diverted into the Pacific Ocean. Can be used for fires, farming and everything else. Think of California with plenty of Water –Nice! Fast Federal govt. approvals.

The Smith, Klamath, Trinity, Eel, Mad, Russian, Pit, American, Feather, Yuba and Sacramento rivers flow freely — directly or indirectly — into the Pacific Ocean as nature intended them to do.

I know California geography enough to top-of-my-head the names of a few of the rivers mentioned above. Others I had to research. In my article, I also went into the roles of dams in California, water storage, rainfall totals, drought and other things that I figured would be helpful for the public to know. All that reporting took hours of research, followed by hours of writing. The only reason that piece was not a waste of energy is because I used Trump’s nonsensical lies as a prompt to write about California and water. Still, I was resentful that I felt like I had to take on a liar.

Every fire season, Trump threatens to withhold disaster aid to California, because we don’t “rake our forests.” Because, I chose to cover Trump and his reaction to the wildfires, I had to write (and write again) correctives explaining that Trump did not have the authority to cut off disaster aid or forest funds. My motive in writing the articles was not to fact-check Trump, but to “calm nerves and prevent panic.” Trump’s baseless threats were causing Californians to worry that FEMA would abandon them when they needed help the most.

Again, I resented writing those pieces because under any other presidential administration, I would not have to write these stories. I could have spent my energy explaining the role of climate change in the fires or how California is overly reliant on miserably paid prisoners to help fight fires or a hundred other worthwhile things. Instead, I felt it was my job as a journalist to expose Trump’s threats as lies to keep people from worry and panic. Trump’s lies do not just distract our attention, they distract some of us from working on real-life emergencies.

One other casualty of Trump’s lies is that they lead the public to distrust all government, a 40+ years goal of conservatives. Last week, the Kaiser Foundation released a poll, taken before the Woodward revelations, which shows that 68% of the public trust Anthony Fauci and 67% trust the CDC. While those numbers are not bad, they are not as good as they once were. Trump’s deceitful attacks on Fauci, the CDS, WHO, and others have increased public mistrust of Fauci and government agencies dealing with the pandemic.

Some of the public’s mistrust seems warranted, but only if one ignores Trump’s attempt to “muzzle” Fauci, politicize CDC reports, and ditch standard medical procedures for political theater, as well as VP Mike Pence’s control over what information the public receives.  Unfortunately, few Americans take the time to suss out the facts. Fortunately, as Kaiser reports, many Americans have a decent bullshit detector.

As a journalist, if I comment on the nonsense, I am obligated to research the truth and back it up. However, as a citizen, I am free to look at the steaming pile of lies and say “Not for me,” knowing that the only thing that results from me diving into that pile is days wasted scrubbing off the filth. Fortunately, I don’t need anyone to tell me not to lie down in the lies. I don’t need a warning sign posted above the pile reading, “Do Not Play in the Pile!” I know well enough not to casually share the lies on social media, even if my intent is to debunk. I don’t need to spend time convincing those who love the pile that the pile is not good for them. I don’t need to feel guilt over my refusal to cover myself in lies. I gain nothing by being a bipartisan of lies.  It is fine for me to see pile, avoid pile.

Right now, we are surrounded by many many many many piles of lies. Over the next three months, the piles will multiply. To navigate the piles, we must feel confident in not engaging in the nonsense and lies, as we supercharge our bullshit detectors. Realize that the cliché “Web of lies” is with us for a reason. Stop staring at the lies to focus on concrete actions such has helping victims of wildfires, hurricanes, tornadoes, floods and any other natural disaster enhanced by climate change. Divert energy from worry to volunteering at a food pantry or a pandemic testing site. Work to get out the vote, knowing that our actions, what we do, is a much stronger counter to the lies than anything we can say, write, post, or share.