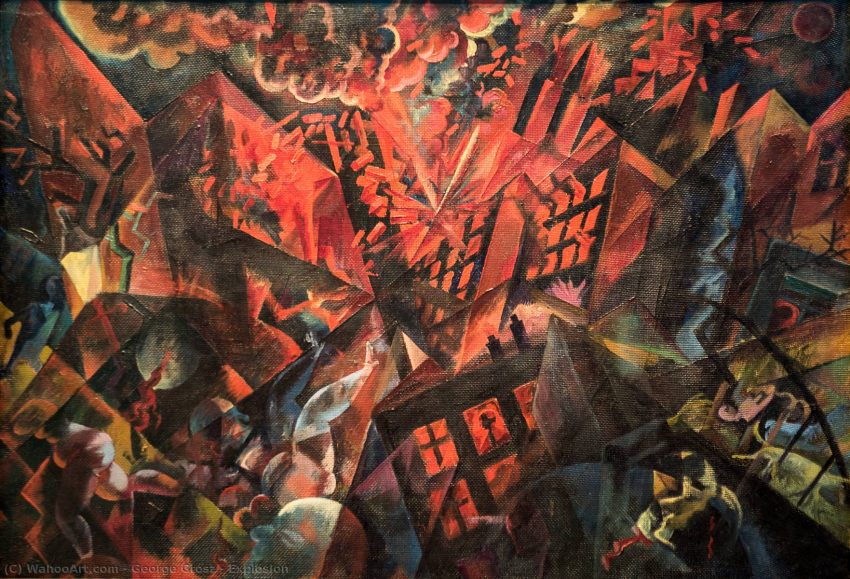 While Hilary Clinton’s 2016 presidential campaign was approaching internet organizing like it was 2008, a group of far right-wing provocateurs, internet trolls, and attention freaks calling themselves The Deplorables exploited social media in the present and helped elect reality TV-businessman Donald Trump president of the United States. The Deplorables’ use of bigoted innuendo and blatant lies on Facebook, Twitter, YouTube, and Reddit mutated American political discourse, while the social media giants quietly counted cash.  Andrew Marantz tells this story in Anti-Social: Online Extremists, Techno-Utopians, and the Hijacking of the American Conversation.

Like Trump-contracted Cambridge Analytical, the Deplorables used social media micro-targeting to push the socially unacceptable into the mainstream. However, unlike their elders in the Republican establishment and the extreme right, these new activists knew how to finesse social media and work a message like the click-bait operators they are. Because they lived the aggressive attitude and slang of social media, the Deplorables tapped into audiences that traditional politics neglect, turning the previous apolitical into heavily partisan voters and co-propagandists.

Prior to the rise of social media, the extreme right – from White Citizens’ Councils to Aryan Nations to Stormfront – worked as a blunt instrument. Racism and anti-Semitism were serious matters. The “survival of the white race” had no space for horseplay. When extreme right leader like David Duke, Tom Metzger, or the young Bob Heick tried to contemporize, they were unable to let go of the hammer.

The Deplorables exchanged the hammer for the scalpel. Whether dog-whistling or directly communicating white supremacy, misogyny, misanthropy, and violence, the Deplorables were exponentially more cleaver than their forefathers. They knew how to use irony and humor to evade and confuse. They fancied themselves transgressive and rebellious, and, they were – not due to their style, which any aged punk rocker or shock aficionado would peg as tired clichés, or their content, 19th Century race-hate, Jew-baiting and woman-bashing gone post-mod, but in their mastery of a delivery system – social media and its relations.

Though obsessed with their own celebrity, The Deplorables’ threat did not come from the individual players (like child stars, they had one moment of fame and no second act). Marantz’s subjects tended to cruise on trends, relying on youthful attacks on present-day taboos as their hook. What made the Deplorables dangerous was their insight that rebellion (not dissent) can be used as an intro to discussions of race-theory, the “Jewish Question,” and the “Deep State.” By turning the dead serious into entertainment, the obscene into fun, the Deplorables accomplished what Breaking Bad’s Mr. White and Jesse did with meth dealing: They made themselves anti-heroes and their message cool to white youth addicted to rebellion.

Unlike the far-right of old, the Deplorables were hyper-aware that the world was their audience. Marantz’s alt-light subjects (“Western Chauvinists”) flirted with violent rhetoric, which was downplayed as free speech exercises. The more incendiary alt-right interviewees passed off memes of mocking murdered progressive political activists as ironic incitement done to “trigger” the “normies.”  Their talk of a coming race war? Shitposting taken out of context by the “hoax media.” The Deplorables’ revolution would be peaceful, accomplished by the public gobbling up “red pills.” Safe space for Western Chauvinists and the creation of an ethno-state would just happen. Refuge kids in cages? Terrorist attacks on mosques, synagogues, and Black churches? “Fake news! Now, let’s talk about Hilary’s health…”

Of course, the right’s logic is cracked. Intellectual consistency has never been their thing. Neither has honesty. While some dance around accusations of dishonesty, most shrug when confronted: This is a game where anything goes. Lying is totally okay as long as the lies are in pursuit of the greater truth power. Dishonesty is little more than a Nietzschean desire to impose one’s will on the world.

The events of August 12, 2017 changed public perception of the Deplorables. In Charlottesville, VA, at the close of a weekend of fascist and anti-fascist protests, a 20-year old white supremacist charged his car into a crowd of anti-fascist protesters, killing Heather Heyer, a 30-year old anti-racist protester. Prior to the assault, Deplorables and others in the far-right held a night-time, torch-lit march filled with chants of “Jews will not replace us.” The next day, as the far-right tried to rally, anti-fascists battled Nazis and the alt-right in the street. The torch march, the anti-Semitic chants, open display of Nazi symbols, street violence, and Heather Heyer’s murder had an impact on the mainstream. The American mass media finally soured on the Deplorables. The “anti-heroes” were now villains.

While the nation experienced rage and sadness over Charlottesville, the Deplorables faced cognitive dissonance. The Deplorables quasi-peaceful revolution was exposed as violent; alt-reality clashed with reality. Marantz’s subjects experience what psychologist Leon Festinger called belief disconfirmation, a state which results when one’s core beliefs are exposed false by a real-life event.

Some react to belief disconfirmation by supercharging their reality – “[The killer] did nothing wrong. Frankly, he deserves a medal.” Others by dancing – “Two fringe groups on both sides” and “To me, I’d be tempted to turn this into a narrative…” or “I do think the media oversimplifies things.” The rare person confronts belief disconfirmation with emotional honesty – “Am I an idiot?…Am I a monster like him?…There’s no way to justify any of this. I need to find a way out.”

One week after Charlottesville, the far-right rallied in Boston under the banner “Boston Free Speech Coalition.” Many Deplorable celebrities were advertised as speakers. Nearly all invitees bailed on the event and less than 100 supporters showed up. The far-right was replaced by over 30,000 counter-protesters. Some of the protesters were seasoned anti-fascist activists. Most of those who gathered were everyday people intent that Boston not become Charlottesville.

In reaction to Charlottesville, Reddit – a breeding ground for the far-right – instituted a new violence policy, leading to the ban of subreddits such as r/KKK, r/KillTheJews, and r/SexWithDogs. Over the next year, many of the Deplorables were “deplatformed” by Twitter, Facebook, and YouTube, as well as many fundraising apps. The stars migrated to lesser venues with limited reach. “In the end,” Marantz writes, “the Deplorables were not able to widen the Overton window so drastically that they could fit inside.”

Unfortunately, the Deplorables were able to help elect President Trump. With Trump, “they helped normalize flagrant mendacity and open racism,” as well as blatant misogyny and rabid xenophobia. Fox News hosts like Tucker Carlson, Laura Ingraham, and Sean Hannity have exchanged dog-whistles for megaphones. Far-right extremists and conspiracy theorists form the base of one of our two major political parties. White people feel comfortable brandishing weapons at Black people and protesters. And the armed right feels compelled to act on message board fantasies of revolution.

The Deplorables did not “hijack the American conversation” without help. Social media companies clung to money-drunk delusions of a techno-utopia where click count was the measure for goodness. CEOs and investors got very wealthy ignoring the damage that their far-right users were doing to political discourse, and the physical mayhem that followed. When faced with the carnage their platforms created, Facebook, Twitter, YouTube and others went weasel-speak, positioning themselves as tech companies, not content providers responsible for what was published on their forums. Eventually, a few social media companies made some changes in content moderation, but others, especially Facebook, refuse to take serious action to mitigate the damage that they’ve done.

Not that Facebook or others have an incentive to change? As Marantz writes, “From the standpoint of sheer entrepreneurial competition, what matters is not whether a piece of online content is false, responsible or reckless, prosocial or antisocial. All that matters is how many activating emotions it can provoke.” The more “activating emotions,” the more page views. The more page views, the more ad revenue. The greater the ad revenue, the higher the stock price. The higher the stock price, the more pleased the investor class – the ultimate arbiters of the public good.

While toxic racism, anti-Semitism and authoritarian tendencies are nothing new to American politics, today they are an active part of the mainstream conversation. The damage is profound. Marantz is correct in stating that “[t]he American popular vocabulary is in a period of deep dysfunction” and that many pundits and social media execs cling to techno-utopianism and the idea “that the basic good sense of the American people will prevail…[and] that if we just hold fast we will surely end up in the right place.”

Marantz is also correct when he writes that social change doesn’t just happen, that “getting to the right place takes work.” It also takes presence, not just in the street – as we are seeing with the current civil rights struggle – but in social media, mass media, corporate board rooms, and the halls of power. If this country is to move past Trump and into a kinder, more equitable future, activists fighting for positive change – “social justice warriors”– must be taken as seriously as alt-light hucksters and alt-right hate-mongers previously were.

Andrew Marantz’s Anti-Social: Online Extremists, Techno-Utopians, and the Hijacking of the American Conversation is published by Viking.