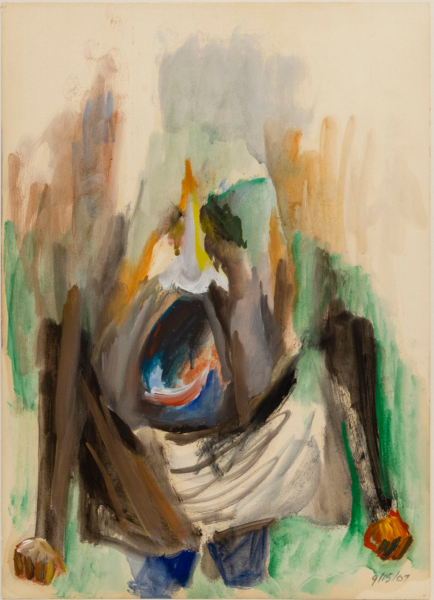 On Wednesday May 20th, President Donald Trump threw an internet tantrum over Michigan and Nevada’s push towards vote-by-mail for the Fall election. He tweeted, “This was done illegally and without authorization by a rogue Secretary of State. I will ask to hold up funding to Michigan if they want to go down this Voter Fraud path!”

Trump then rambled to reporters something about fraudsters filling out ballots under assumed names, with fake signatures, allowing them to vote in the millions. He added, “I think just common sense would tell you that massive manipulation can take place.” Of course, everything Trump tweeted and said is a Trumpian combo platter of paranoia, delusion and lies.

Fact: Michigan’s secretary of state did not send mail-in ballots to people. She had applications for mail-in ballots sent, which, despite Trump and his people’s insistence, is 100% legal.

Fact: Voter fraud via mail-in ballot is not only very rare. That is not only the conclusion of election experts, but also the Republican Party.

Fact: American soldiers have been voting by mail, on occasion, since the Civil War. In 1942, Congress made it possible for US military based overseas to vote by mail. Vote-by-mail critics as far back as the Civil War have claimed fraud, but have never proven it.

Fact: California was the first state to authorize full-scale mail-in absentee voting. Since California instituted vote-by-mail in the 1980s, 68% of the states instituted mail-in voting. Three states – Washington, Oregon, and deeply Republican Wyoming – do all their voting by mail. Fraud is rare.

Fact: Trump votes by mail. Yup, in the 2018 election, he filled out a Florida ballot from the White House, something that would be perfectly legal if Trump was a legal resident of Florida, something he is not. Last year, Trump said he was moving from Trump Tower in New York for Mar A Lago in Florida. Problem is, Mar A Lago is not a legal place of residence. It is a private club and a vacation resort, and its permit to operate prohibits anyone from using it as a permanent residence. That being the case, in 2018, Donald Trump voted illegally.

One more thing, Trump cannot “hold up funding to Michigan” or anyone else over this issue. Though he knows this, he keeps using it as a threat. Each time he threatens to cut off funding for whatever, people start to freak, not knowing what Trump legally can and cannot do. Luckily for you, he’s done this with California so many times, that I’ve researched and written about it. So, let’s jump in!

Back in 2018, Trump threatened to cut off funding to California. His beef was over California’s seasonal wildfires. He was convinced that we neglected our forest by not “raking and cleaning and other things.” Trump was also pissed that California was not allowing the “Free Flow of the vast amounts of water coming from the North and foolishly being diverted into the Pacific Ocean,” a statement that defied geography, hydrology, reality, and common sense.

Sane people knew that Trump’s talk of raking forests and water being “diverted” to the ocean was moronically absurd, but they didn’t take that skepticism and apply it to his threat of cutting federal funds to California. Truth  is that Trump (or any president) is fairly limited in what he can do with money to states and there are only a few ways that he can do damage.

Trump’s response to the 2017 wildfires that consumed Napa, Sonoma and other counties provides a recent example. In October 2017, Northern California was hit with a series of wildfires, resulting in 44 dead and $14.5 billion in damages. There were also fires in Southern California.

In November 2017, the White House sent a $44 billion disaster aid request to Congress with no money earmarked for California. On Oct. 9 of that year, Brown declared states of emergency in Napa, Sonoma, Yuba, Butte, Lake, Mendocino, Nevada and Orange counties. A day later, Brown added Solano County to the list and appealed to Trump for help. At this moment, Trump had a choice to classify California’s wildfires a disaster (with full funding), an emergency (with limited funding) or deny California’s request. Trump declared the wildfires a disaster.

Once the president issues his declaration, it is up to him to request funding. With the 2017 California wildfires, however, Trump refused to do so. But the House passed a $36.5 billion disaster aid package which covered three hurricanes and the wildfires. In November 2017, the White House sent a $44 billion disaster aid request to Congress with no money earmarked for California. California’s congressional delegation sent Trump letter requesting $7.4 billion. While all of California’s 39 House Democratic House members signed on, only one Republican did—Orange County’s Ed Royce, who was poised to retire from his seat 39th District seat. Trump ignored the request.

In December, the House approved $81 billion in disaster aid for Gulf hurricanes and California’s fires, in legislation that was attached to a spending bill to thwart a veto. In February 2018, the Senate passed the disaster aid.

Under previous administrations, the state’s request to a president for a disaster declaration typically would have been granted speedily. The executive would have immediately requested the money from Congress and an aid package would be passed quickly. Under Trump, what should have been a simple exercise in governance turned into a four-month power play. Fortunately, California is a wealthy state with plenty of money in its general fund, so the delay had a minimal effect.

Chris Hoene, executive director of the California Budget & Policy Center, says that there are a couple more ways that a president can use funding to screw with a state,

“In recent budget proposals, the [Trump] administration has sought to increase work requirements for entitlement programs, which reduces the eligibility for more low-income recipients (and California has more of those folks, so it hits our state harder).”

Hoene also said the president can use leverage over funding to try and force the state to enact “new policies [with] rules that are more harmful/restrictive to some states than others.”

In Trump’s tax-cut bill, for example, the legislation capped the state and local deduction, “which is based on the amount of state and local taxes paid. … (So) blue states with higher tax rates, like California, New York, Illinois, New Jersey, etc., [sic] have more taxpayers who will pay higher taxes,” Hoene said, adding that the “revenues generated will also disproportionately go to red states by virtue of how the tax credits and deductions were designed.” He said that this “was done purposefully to penalize Californians.”

So, that is what Trump can do. What Trump cannot do is mess with federal entitlement payments. The Constitution is very clear that Congress controls the nation’s money. While Trump can find desperate work-arounds to get money for a vanity project like The Wall, as president he cannot cancel or divert a Congressional appropriation.

The Supreme Court has also placed strong limits on how any branch of the federal government can use funding to influence state policy. Again, we go to California.

In February 2018, the president told California’s congressional delegation that if it didn’t approve money for a border wall, then California would not be included in the project if it ultimately went forward.

That same month, Trump threated to pull the Immigration and Customs Enforcement out of California.

“We’re getting no help from the state of California. Frankly, if I wanted to pull our people from California you would have a crime nest like you’ve never seen in California. All I’d have to do is say ‘ICE, Border Patrol, leave California alone,’” Trump said.

Trump’s claim that California is uncooperative in enforcing his “zero tolerance” immigration policy stems from his first threat to California, that of cutting off federal funds to California (and other states) that pass “sanctuary” legislation prohibiting state or local law enforcement from cooperating with ICE or Border Control in hunting down and detaining immigrants. Unlike Trump’s other threats, the January 2017 sanctuary threat came in the form of an executive order, Enhancing Public Safety in the Interior of the United States.

Trump explained his threat to Fox’s Bill O’Reilly in a February 2017 interview, “If we have to, we’ll defund. We give tremendous amounts of money to California. … California is in many ways is out of control, as you know. … If they’re going to have sanctuary cities, we may have to do that. Certainly that would be a weapon.”

The court placed restrictions on how the feds could use funding to influence states.

In July 2018, the 9th Circuit Court of Appeals ruled that Trump’s executive order was unconstitutional, based on the 1987 Supreme Court decision South Dakota v. Dole. In 1984, Congress passed the National Minimum Drinking Age Act, which directed states to up their drinking age to 21 or face a 10 percent cut in federal transportation funding. South Dakota, which had a drinking age of 19, sued the federal government, naming Transportation Secretary Elizabeth Dole as defendant.

The court ruled in favor of the federal government. However, the court placed restrictions on how the feds could use funding to influence states. The five restrictions are:

The exercise of spending power must be in pursuit of “the general welfare.”

Conditions on funding must be unambiguous, the States entering into agreements “knowingly, cognizant of the consequences of their participation.”

Conditions must be related “to the federal interest in particular national projects or programs.”

“[T]he power may not be used to induce the States to engage in activities that would themselves be unconstitutional.”

The conditions cannot be “so coercive as to pass the point at which ‘pressure turns into compulsion.’”

While Trump cannot halt money already approved and in the pipeline from being spent, he can simply refuse to request federal disaster aid from Congress.

In upholding Orrick’s ruling on Trump’s executive order, the 9th Circuit not only cited Dole—particularly the federal government proposing “unambiguous” conditions on funding prior to acceptance—but also noted the constitutional separation of powers, specifically the “Spending Clause,” which delegates funding decisions to Congress.

Right now, Michigan has two big problems: Coronavirus and flooding due to two dam failures.  Any money Congress appropriates for coronavirus stuff can’t be screwed with. Legally, Trump cannot tell his people to starve Michigan of their share of the money. Trump can refuse or delay an emergency declaration on the dam disaster, but he cannot tie the aid to anything else. And he certainly cannot create conditions for aid that are “so coercive as to pass the point at which ‘pressure turns into compulsion.’” All Trump can do is threaten, make people afraid, and hope that they don’t call his bluff.

Challenge Trump and his threats become tantrums that have little real-world effect. Like much of Trump, the threats are theater, a vapid attempt to make him the tough guy who “tells it like it is” and “gets things done.” Or, as Chris Hoene told me a couple years back, “Twitter fodder is less about reality than it is about creating tension. There are more rules in place than 280 characters can do justice.” Trump is banking on us not knowing the rules. Know the rules and he is reduced to an angry little man punching out threats on his phone, with his tiny, tiny fingers.

1 thought on “Donald Trump: Master of the Empty Threat”