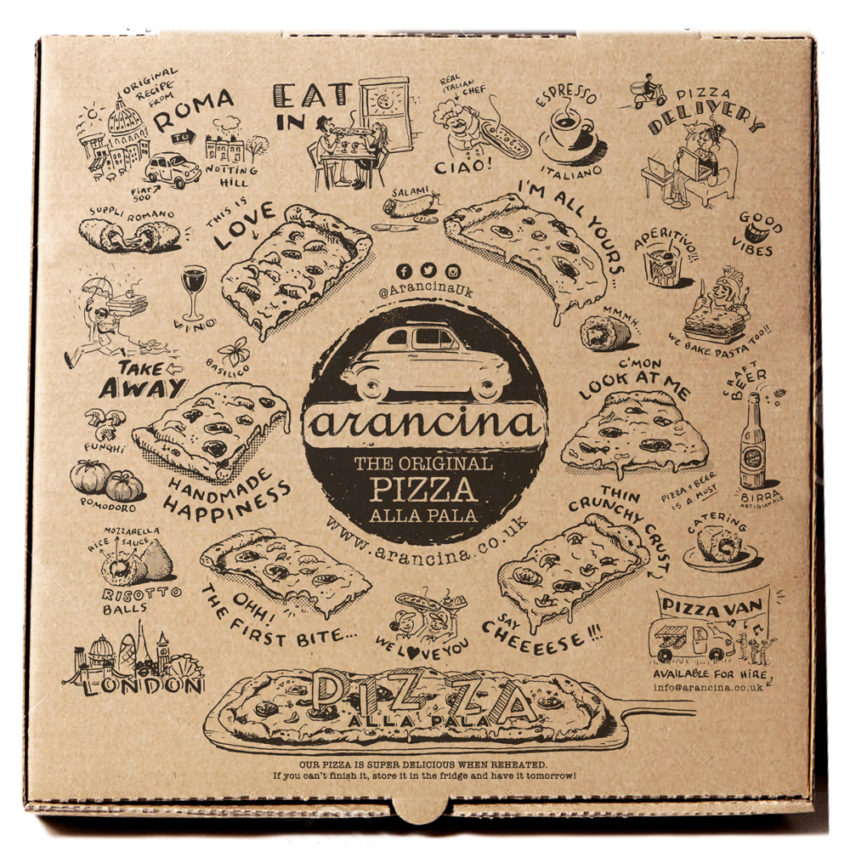 Interesting story on The Verge: A pizza shop owner gets a few phone calls from angry customers complaining about delivery. His restaurant doesn’t offer delivery so he does some digging and finds that DoorDash is delivering his pies. News to him, he didn’t contract with DoorDash.

DoorDash was doing what most of these third-party “disruptive” delivery services do: Force themselves between a business and their customers, attempting to bully their way into being the middleman whether they are wanted or not. Pissed off, the pizza guy found that DoorDash was charging people $16 for one of his $24 pizza. The pizza guy was still getting paid $24 per pie, and that gave him an idea. Why not game DoorDash?

So, the pizza guy ordered pizzas to send to customer from his shop through DoorDash. Each order made through DoorDash was an additional $8 profit for the pizzeria and a loss to DoorDash. He also bought his own pizza dough and made some extra cash. DoorDash didn’t catch on, so he kept playing the game.

The DoorDash business model is the third-party tech “disrupters” (DoorDash, GrubHub, Postmates, TaskRabbit, Uber, Lyft, etc.) business model. The “disrupters” don’t offer products that anyone is clamoring for or services that meet unfulfilled demands. The “disrupters” find “vulnerabilities in the marketplace,” “outdated” industries that they can worm into and dominate. After raising an enormous amount of cash from investors, they crash a market and use their capitalization to underprice the competition, driving them out of business, so that the “disrupter” becomes monopoly power in that industry, free to set prices as high was they can get away with.

“Disrupters” also gain advantage by exploiting “vulnerabilities in the system.” Classifying workers as contractors and pretending to be tech companies allow the “disrupters” to dodge regulations that their “old school” competitors must adhere to, saving them billions in labor costs.

Even with an edge, the “new economy” superstars still lose money. No problem, when cash runs low, they hit up venture capitalists for more, which they burn through with no return. Few of these companies turn a profit and when they do, they cannot sustain their gains. Despite losing money year after year, they can survive for a decade or longer on tech gamblers’ money.

Uber has been around for 11 years. Uber has always lost money. Last year, it lost $8.5 billion. It keeps dumping money into things like driverless vehicles, the venture capitalists’ big bet, but the returns are meager. To make up for the losses, Uber dumped it’s bike and scooter rental biz. In desperation, Uber is now trying to buy GrubHub, despite knowing that delivery services – including Uber Eats – can’t make money operating at a loss. They’ve learned the lesson of Google and the social media giants: If you can’t bury competitors, buy them out.

That Uber and others are placing bets that they will succeed in monopolizing the market is the generous view. Cynics look at Uber, the failed WeWork, and others, and see all this as “fake till you make it” scams designed to enrich founders, early investors and executives. Tempting interpretation when Uber’s former CEO is able to plop $45 million in cash down on a Bel-Air mansion right when millions are being thrown out of work.

Every single one of these “new economy” disrupters can die and I’d be 100% fine with that. Aside from a half-dozen Lyft rides a year and some Airbnb rentals some years back, I don’t use their services. Uber and Lyft vanish and nearly 15% of the cars on San Francisco streets disappear.  Airbnb goes and more rental housing hits the market. Proponents of the “new economy” warn us that if these companies go down, we will see job loss. Given that part of Uber/DoorDash//WeWork business model is to drive competition (i.e. jobs) out of business, the “new econ” pimps are disingenuous. Besides, these are horrible jobs that cheat workers out of fair pay, benefits, and workplace protections.

Let’s recap: DoorDash forces its way between a pizza guy and his crowd. The pizza guy discovers a flaw in DoorDash’s system. The flaw is that DoorDash is losing money on each pizza it buys from the pizza guy to deliver. But, the flaw not so much a flaw: The one-sided price war is a tactic that has been used by big businesses (Starbucks, big box retail, drug store chains, etc.) foar decades: Hit a market, underprice, drive out small competitors, take over. In the “old economy,” this was a short-term tactic. “Tech disrupters” in the “new economy” use price wars as a business model. Under this model, these companies have been losing money for years, some for more than a decade.

I spell all this out because IT IS BATSHIT CRAZY. Seriously, a major part of our economy is based on a business model where workers are cheated and billions of dollars are burned in hopes that some day decades away one of these companies will be the single corporation standing. Free to price gouge, the victor will finally make a profit, which will enrich the few wealthy people who were early investors in the scheme and those who came up with the con. Let that sit with you for a while…

Now, consider this: The same people who are gung-ho about the “disrupters,” silent about the insanity of the business model, and tacitly support the “new economy” tell us that the following is unrealistic, unworkable, and unneeded:

The right to a useful and remunerative job in the industries or shops or farms or mines of the nation;

The right to earn enough to provide adequate food and clothing and recreation;

The right of every farmer to raise and sell his products at a return which will give him and his family a decent living;

The right of every businessman, large and small, to trade in an atmosphere of freedom from unfair competition and domination by monopolies at home or abroad;

The right of every family to a decent home;

The right to adequate medical care and the opportunity to achieve and enjoy good health;

The right to adequate protection from the economic fears of old age, sickness, accident, and unemployment;

The right to a good education.

Perhaps, Franklin Roosevelt and I are way out of step with the world, but seems to me that fairly taxing the rich and closing corporate tax loopholes to provide healthcare and keep elderly Americans out of poverty is far less radical than billionaires burning trillions on businesses that few people want and no one needs.

And, yet, every day in every way we are told that what we need to live a decent life is impossible and insane. When we call for more money to help workers and small businesses survive the COVID crisis, we are told that help is “not needed right now.” We push and we’re called crazy. Crazy? They call us crazy? No, no, no, no, no, no, no! What is crazy is a system that is designed to burn money so that the few can economically rule over the rest of us. What is crazy is that major investors and CEOs are rewarded so richly when they fail so bigly.

We reject that crazy. What we want is reasonable, obtainable, and just. We not only want a fair deal, but need a sustainable minimum in order to live. We need what FDR wanted for America back in 1944.  Yeah yeah, the moneymen and the cynics say that we will never get what we want. Ignore them. What we need won’t come easy and it won’t come fast. We must fight for it, but if we fight and keep fighting, we will get to a better place.