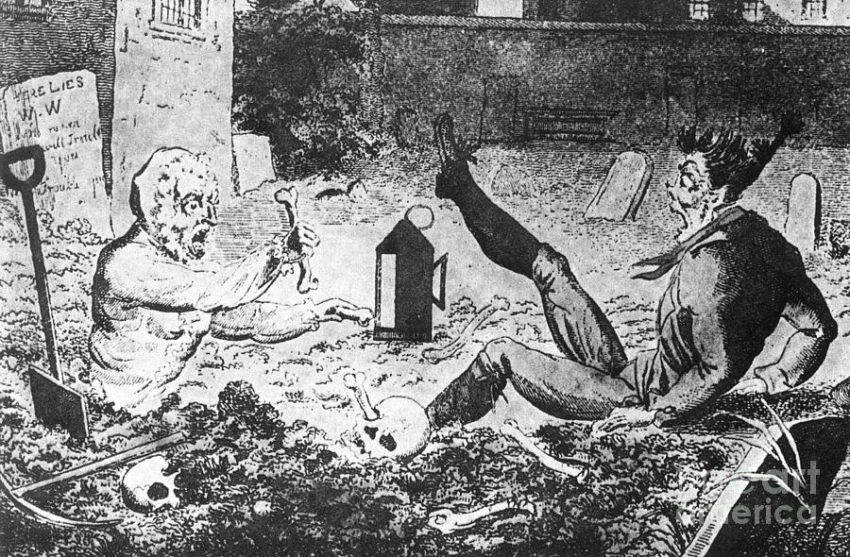 Every day a new story, and, since everything is so damn intense nowadays, it is easy to let the news fly by. Stuff that happened months ago gets buried and we forget…maybe… As any historian will tell you, history lives through tendrils attached to the present. Take President Donald Trump’s firing of State Department Inspector General Steven Linick.

On Friday, May 15, Trump gave Linick the heave-ho. Linick was the fourth Inspector General that Trump has fired this year, part of his purge of anyone who provides oversight of his administration. Initially, the story was that Linick was fired because he looked into Secretary of State Mike Pompeo and his wife using government employees to do personal chores such as dog-walking and fetching dry-cleaning. Trump was fine with that, “I’d rather have him on the phone with some world leader than have him wash dishes because maybe his wife isn’t there,or his kids aren’t there, you know?”

Pompeo told the Washington Post that he didn’t know that Linick was investigating him, something former IGs say is unlikely. Pompeo also said that Linick was fired because “he was not ‘performing a function’ that was ‘additive for the State Department,'” a meaningless bunch of words. And, with that, the news was to pass us by, buried under COVID death and whatever jackass comments Trump oozed that day. But, history…

The Post’s Greg Sargent did some digging and landed this pup,

House Democrats have discovered that the fired IG had mostly completed an investigation into Secretary of State Mike Pompeo’s widely criticized decision to skirt Congress with an emergency declaration to approve billions of dollars in arms sales to Saudi Arabia last year, aides on the Foreign Affairs Committee tell me.

And, it wasn’t just arms sales. Historian Heather Cox Richardson did more digging and found that part of that Saudi arms deal involved the transfer of nuclear technology to the Saudi’s, something that Trump, Pompeo, and, especially, Kushner were hot on. Now, this nuke stuff wasn’t a secret. Congress fought it. The White House fought back and tried to duck the rules. It was reported and disappeared under all the other corruptions and chaos engineered by Trump, but it did happen.

What also happened – which we might has suspected but only recently discovered – is that the Saudi’s had a direct connection with the 9/11 terrorists. Again, this goes deeper than the surface level story of some of the attackers being Saudi nationals. No, this is the story of at least one Saudi diplomat giving material aid to the terrorists as they prepared their attack on the United States.

For those playing at home:  Trump/Pompeo fire an Inspector General who looked into controversial and possibly-illegal arms sales to Saudi Arabia. The arms sales included transfers of nuclear technology to the Saudis – the same people who have at least one diplomat who aided terrorists who attacked the United States.

Maybe Steven Linick’s firing might be for more than the IG looking into a government staffer walking Pompeo’s dog. You think?