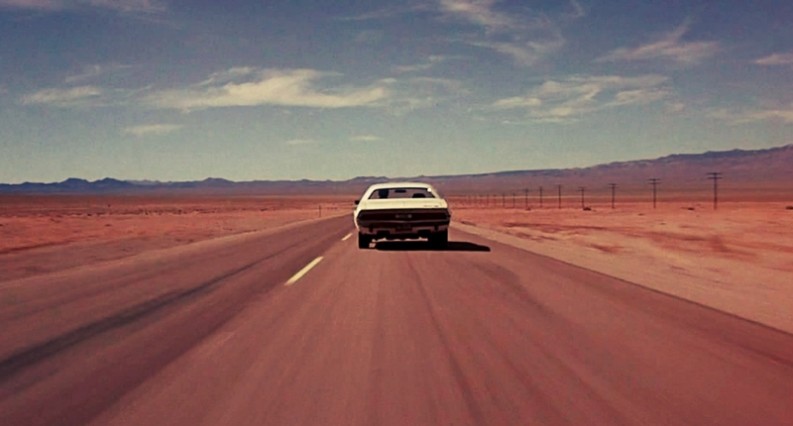 August 15, 2017, I wrote an essay called “Antidote to Overload…” It was written after a pretty intense two-week news cycle in which the following things happened:

In Charlottesville, Virginia, a right-wing terrorist rammed a crowd of anti-racist protesters, killing one and injuring more. This happened after a day of battles between neo-Nazis and anti-fascists, and the day after an evening, torch-lit march by the same neo-Nazis. The president of the United States reacted to these events by blaming “many sides…many sides,” much to the praise of neo-Nazis. When the press challenged him about his statement, Trump walked away, and then attacked the press.  Mass protests broke out nationwide in reaction to Trump and right-wing terrorism.

Trump threatened North Korea with nuclear war. The reason? North Korea “disrespected” him. Trump’s first threat – the “fire & fury” line – was made by a Trump with hands tightly tucked under his arms, like he was in a straight-jacket. The president followed up “fire & fury” with several more outrageous threats. Trump also threatened to invade Venezuela.

Special Investigator Robert Mueller had the FBI stage a morning raid on former Trump campaign manager Paul Manafort’s home, something that happened in April but was revealed [early August]. Also reported was that a Trump campaign aide tried to set up multiple contacts with Russian officials and a grand jury for the Russian investigation has been impaneled.

Trump has a new chief of staff, John Kelly. Kelly came on after Reince Priebus was shoved out by Anthony Scaramucci, who was then given the boot by Kelly. Also gone, is a right-wing kook named Rich Higgins, who was a Trump favorite at the National Security Council. The military wing of the Trump admin didn’t like Higgin’s anti-Semitic conspiracy screeds that were making their way to the president. We got to read Higgin’s ranting, which was disturbing and entertaining.

Senate Majority Leader Mitch McConnell failed to repeal & replace Obamacare. Now he is on the shit end of Trumps twitter stick, subject to daily attacks. Various Republicans have jumped to McConnell’s defense, as they jumped to Attorney General Jeff Session’s defense when Trump savaged him online, and Senator John McCain’s defense when Trump went after him. Republicans have been good at going on the defense against Trump, however they have been lousy in taking him on.

Meanwhile, lots of activity is happening behind the scene in various departments and White House offices. There are attacks on national monuments, water purity, civil rights, and public education. Today, the Department of Justice demanded that an anti-Trump website hand over the identity of its users.

Donald Trump’s presidency was only six months old when I recounted these events. Six months in and news was being generated in gobs at an insane pace. As a news-junkie since my teens, I had never seen anything like what was happening.

There was plenty going on under Obama. With Bush, we had 9-11 and a couple of wars. Clinton: War, scandal, domestic terrorism, neo-Nazis. And we had our daily lives. A lot was happening in those years, as much as is happening now. But, back then, we did not have a president who demanded constant attention, and, even under Obama, the news did not come as fast. Today, we hear more news and see more images. We get so much stuff crammed into our eyes and ears that it barely penetrates the brain. We are given no time to process all this crap. No matter, it keeps coming.

And as much as I love to feast on news, it was too much.

I spent the last week eyes on the screen, guzzling as much information as I could. I sat down to write but I couldn’t. I was too anxious, my thoughts too fractured. Too much information was coming in. I could react to Facebook posts, write 50 words here and there, but then I’d get pulled somewhere else. I became cranky and distant. Life shrank to the day’s news and sleep. I became paralyzed by too much information.

So, what happened? Why did my brain seize up only six months into Trump’s reign? Simple, I was too deep in information to get perspective.

Have you ever looked at an ant colony under glass, in a zoo or natural history museum? Twenty feet away you see the whole colony, the trails, the chambers, a flow of ants working. The closer you get, the more detail you see. Closer still and your frame is nothing but ants – no definition, just ants moving. Keep staring and ants become chaos. Meaning surrenders to movement. Fix on this for hours and your brain will cocoon and your mind will numb.

We need to step back from the news, even if it is for an hour or two. We need to reset. Our brains are not designed to process the amount of information that we are exposed to. It is important to realize this and act in ways that protect ourselves. It is vital to take mental breaks. Don’t drop out, just back off from time to time. Live life and get perspective.

With perspective, we can see that while we have a loud, unstable president – a man who is corrupt, bigoted, fascist, and very annoying – a lot of what we are experiencing is nothing but stimuli. We read and hear words that have no meaning, that are not attached to action.

That last sentence represents more than half of the Trump presidency and is especially relevant right now during the COVID crisis. In the last five months, Trump has denied, lied, guessed, and spit-balled. He has given us promises, excuses, blame, false claims, quackery, conspiracy, nonsense, and psychobabble. And, still, while Trump talks, there is scant action.

Trump’s refusal to act on the pandemic does not mean that the White House is inert. Trump is doing plenty to protect himself, not from the virus, but from a November electoral defeat and future prosecution. Lately, Friday evening is time for Trump’s weekly purge of inspectors general and perceived enemies. His lawyers – both personal, in the White House, and Attorney General Barr – are fighting fiercely in court to keep everything related to Trump’s secret. The president’s minions are continuing to try to erase all signs of Obama, while the president promotes yet another conspiracy theory.

Oh man, this is like playing Hokey Pokey in a sewer. Step out and breath, step back in and it’s neck deep in shit. Doesn’t matter if the shit is nonsense or significant, without perspective, we tread water to keep from drowning. We focus on shit and ignore the fight, and we start to panic because we assume that the whole world is stuck. Again, perspective comes to the rescue.  Writing about the reaction to Charlottesville, I observed,

The difference between today and yesterday is not that the right is more active than ever, it is that we are. We are the ones in the street countering the right wing. Fifteen years ago, neo-Nazis would have held a rally in a city like Portland and maybe a few hundred people would protest it. In June, 300 neo-Nazis rallied in Portland and were countered by 10,000 protesters. The day after Heather Heyer’s murder, there were thousands of anti-racist protests in American cities. The president refused to condemn racist violence and, though he since double-backed (and then double-backed), Fortune 500 companies are dropping him. This only occurs because we made it happen.

Again, step away, take in the long view.

When you step away from the ant farm, see the whole picture. In that picture is our success. Remember, growth and change does not come easy. Growth and change stir up shit. What we are seeing now is a lot of shit. Trump, Sessions, Nazis, and, ten years ago, the Tea Party – they are all a reaction to social progress. They are a reaction to most of America accepting that love knows no race, gender, or sexuality. Black, white, brown, gay, straight, trans – more than ever, Americans don’t care who loves whom. “It’s your life, live it!” This change causes an ugly reaction. In the early ‘00s, Queer Nation used to chant, “We’re here, we’re queer, get used to it!” It was a chant of affirmation. It was also a chant of inclusion. Queer Nation was saying, we are part of American society, treat us decently. There was no defensiveness or fear in this chant. Contrast that with the neo-Nazis chant, “You will not replace us!” It says, “Your existence threatens mine.” It is defensive and it is fearful. “You will not replace us” is also a reaction to the success of “We’re here, we’re queer…”, of racial awareness, and of an increased desire for fairness among most Americans.

I look at what everyday people are doing right now and I see it as part of a long struggle for justice and compassion. Healthcare workers risking life and health battling COVID are not doing it for the cash. They are responding to something more profound: The desire to help and to be part of a community. Volunteers flock to food banks and programs that deliver food to shut-ins. People follow public health orders while turning their spare rooms into mask factories.  Local businesses ask for help through crowd-funding and get it. Other businesses repurposing so that they can manufacture masks, face shields, sanitizer, and other tools needed to fight the virus.  In my neighborhood, artists are creating murals on plywood that business owners slapped on their shop windows, while the non-artistic pick up trash.

While none of the positive COVID action is enough and there is always a need for more volunteers, Rebecca Solnit reminds us that these acts of mutual aid are essential for building a better society. The work is hard, exhausting, frustrating, exhilarating and rewarding. It also takes time. Every advance made invites opposition, every step forward is also a fight against being pushed back – or – as I wrote nearly three years ago,

The more we fight, the closer we get to a fair society, the more people we have with us, the greater the blow-back. Don’t ignore the blow-back, don’t give into it, and don’t run away. Look at it, process it, and move forward. Our progress might be slow, too slow even, but it can only happen if we do not give up. As a man much greater than I once said, “Slowly I turned…step by step…inch by inch…”