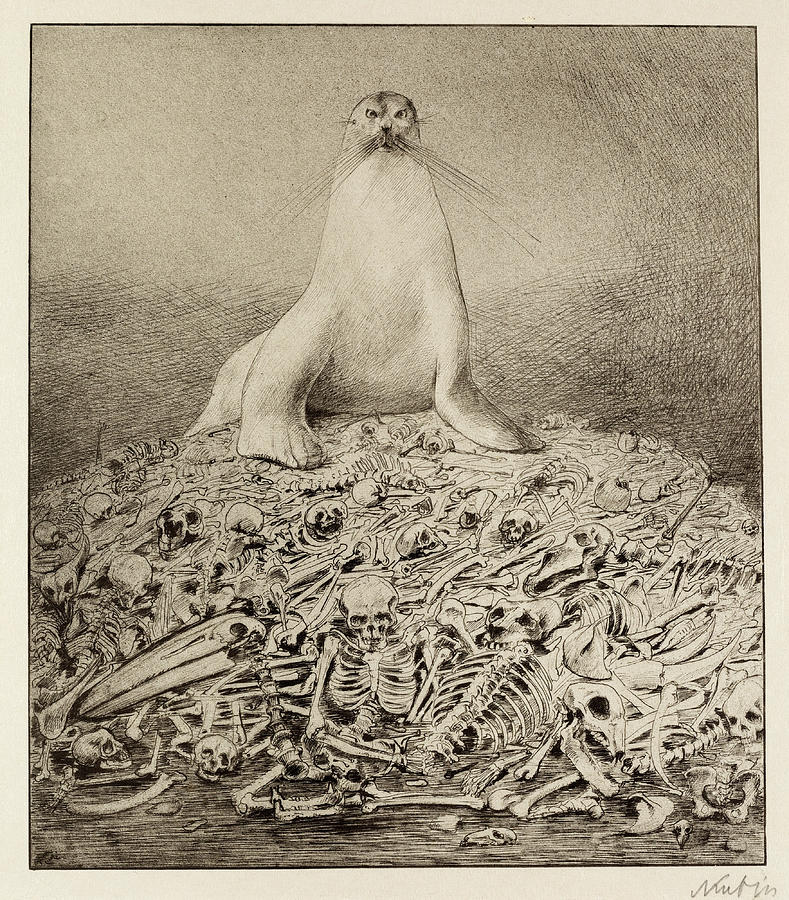 Over the last couple weeks, when talking to friends, one of us mentions “Groundhog Day,” a reference to the feeling of living the same day over and over. It’s an odd and frustrating feeling that invites complacency and dulls critical thinking. Events melt and words become “Blah blah blah blah blah blah blah….yadda yadda…blah blah.” Thing is, Groundhog Day is a fiction, a brilliant conceit, but still unreal.

In our everyday lives, things happen, even under lockdown. Wake-up time shifts, who takes the dog out when changes, noise punctuates silence in a staggered beat. Kids’ demands demand newness. That the view from the window might seem the same shouldn’t obscure what goes on inside, but it does…and that is dangerous. When we tune out, important things get by us.

On Thursday, we learned that one of President Trump’s military valets tested positive for COVID-19. On Friday, Katie Miller, press aide to Vice President Pence and wife of Stephen Miller, tested positive. Anthony Fauci, Robert Redfield, and Stephen Hahn are under self-quarantine. Who knows if Veep Pence is being allowed to do so. This stuff we know, because it has been at the top of the news, but, one thing that slipped by is Trump’s response to all this.

On Friday, the Washington Post published a piece on Trump and COVID testing. It focused on Trump’s shift from insisting that we are far ahead of the world on testing and have absolutely the best tests in the history of the United States (that no one is talking about, I wonder why, fake news) to Pffft testing?! Also in that Post piece was one crucial quote Trump gave to Fox News on his valet testing positive,

“And this is why testing isn’t necessary. We have the best testing in the world, but testing’s not necessarily the answer because they were testing them.”

If this quote seems totally insane, well, it is. Trump is saying that because his valet tested positive for COVID-19 testing “isn’t necessary.”

There is no dispute in the medical or scientific community that testing is necessary when trying to control a virus. Tests don’t prevent a virus from infecting people (no one said that they did). However, testing can prevent a mass outbreak by tracking and isolating the disease. When we know who has the virus and where it is geographically, we target the appropriate amount of resources in the right places. We learn how long we need to allocate resources and whether or not what we are doing is helpful. Testing gives us insight into how a virus is spread, how easily it spreads, and where it might pop up next. Testing informs us when a virus mutates and what we might to do counter that mutation. Testing tells us if a treatment or vaccine is effective. Testing measures progress and marks failure.

For similar reasons, we test all kinds of things. We test car brakes to prevent cars from plowing into people walking a crosswalk. We test airplane landing gear so that 300 tons of flesh and metal safely settles from sky to land. We test pork so we don’t get salmonella, shampoo so we don’t blind babies, and cell phones so they don’t blow up in our pocket.

In general, the concept of testing is non-controversial. Objections come when testing focuses on a particular area in which the objector has a self-interest. A shoddy manufacturer of infant car-seats resists testing because it prevents him from selling something dangerous. An oil company lobbies against car emissions testing because data discovered might impact their bottom line. Trump resists COVID-testing for the nation because he doesn’t want the numbers to scotch his ambition or injure his ego. These objections are not to testing but a particular test and what that test might reveal. Trump’s comment takes thing further, beyond cynicism and into dangerous fanaticism.

Trump’s insists that “testing isn’t necessary.” With that, Trump just gave anyone who is disinclined to get a test, either because they think COVID is a hoax or they “just don’t wanna” an excuse not to get tested. In two sentences, Trump undermined the rational for testing and gave license to its spread.

So, where do we go next? Trump’s refusal to dedicate federal resources to testing already opened us up to testing scammers and profiteers, which give an understandably confused and worried citizenry more reasons to doubt pretty much everything. Now, Trump says that “tests are unnecessary,” a statement far more dangerous than his call to inject disinfectant. One person shoots up Clorox and that one person dies. On Trump’s word, one person who has COVID refuses to get tested and that one person infects 100 people and they infect 10,000 more and so on. Eventually, 61,000 people die and the Trump klan declares “success.” (No word yet on if “people are saying that 80,000 is a HUGE success!”)

Ideally, every state and locality has a vigorous testing regimen in place before “opening for business.” Everyone is tested, those infected quarantined, and we’d phase in reopening. Had Trump overseen testing back in March, after the first cases were identified, the country would be partially opened right now (though with risk). He didn’t. He denied and dithered, which extended isolation and the necessary closing of the country, neglect with caused more economic damage than need be (which he blames on the Democrats).

Instead of a German or Korean-style testing regimen, we have the states with minimal testing programs rushing to open, including states who fudge test numbers. We have Trump using the Defense Production Act to open virus-plagued meat packing plants, but not ordering the manufacturing of face masks. It’s one thing to rush into a burning building for the hell of it, it is another to douse yourself in gasoline before you make the sprint.

All the above, I take as fact. I write what I write because I believe what I write, not for effect or to deceive. However, the 20% of the population who are hardcore Trump followers will say that what I write is a lie, a hoax, and fake news. My “opinion” makes me the “enemy.” The mainstream media frames this “stand off” as a difference of “two sides,” whose concerns are equally valid. That is wrong.

The Trump follower and I occupy two different realities.  My reality allows for differences and debate, for self-doubt and reflection, for constant questioning and continuous testing. The Trump follower relies on gut feeling, personal want, and faith. My reality can be measured and shifts to reflect new information, including stuff I don’t want to hear. The Trump reality measures one thing: Loyalty to the Trump reality. The reality is self-referential. New information is forced into pre-existing interpretation. To question anything, including how the reality is constructed, is heretical.

If Trump reality sounds culty, it is. Throw Trump’s “warrior” rhetoric into the mix and Trump’s troops march on Jonestown. And here is where the cultiness gets really fascistic. In Jonestown, the people who died – children excepted – did so of their own volition. Their minds were their own to rent out, their lives were their own to extinguish. What People’s Temple members did had no effect on anyone other than themselves and their kin. Your suicide might hit me on an emotional and spiritual level, but I don’t die with you.

The Trump Warrior Against Testing will do what he wants to do and everyone else be damned. If we die because of his actions, our bad, we should have stopped him. But to stop him, we have to kill him, and that leads us to another place we cannot go. If we don’t challenge Trump Warrior or accept his battle terms, the Trump and Trump Warrior Against Testing’s reality becomes our reality. We might dissent, but our challenges are ignored. Those who challenge from within are exiled and demonized. Fascism is not the government pausing dine-in restaurants to stop a virus from spreading. Fascism is imposing a belief system, a reality, on people, with no regard for what the people think or want and insisting that any challenge is met with a fight.

We hear a lot about gaslighting, the practice of convincing unwitting victims that fiction is truth. We are constantly on guard for gaslighting and when Trump creates a fabulous lie, we immediately cry “GASLIGHTING! GASLIGHTING!” Funny thing is that if we are aware enough to cry “GASLIGHTING,” gaslight can’t work on us. Gaslighting only works on the unaware. And, while identifying gaslighting attempts and awakening the unaware is a public service, we’ve focused so much on subtle manipulation that we have ignored Trump’s blunt force push to assert his own reality as truth.

It is a fact that a big majority of the country does not live in Trump Warrior Against Reality world. Yet, we have been far too silent about that. The virus does put us at a disadvantage. The Trump Warrior will march in the street, while we shelter-in-place. One hundred conspiracy nuts waving signs, especially if they have guns, is good theater. Me sitting at home researching poll numbers and reading scientific papers is not.

We can interpret our situation as a disadvantage or accept it as a challenge, but either way, we must be loud in asserting the real reality of this virus and pushing back against the Trump Warrior reality.  No need to engaged the Trump Warrior directly. They spout bullshit, you bring hard truth and then step back. Someone in your circle starts with the false choice of “Health vs. Economy”? You know that this is a false choice so counter hard.

If you are reading me right now, you know what information you need to fight back and where to find it, you know how to build an argument and how to push back. What some of us lack is the will to speak truth aloud and the courage to tweak a few feelings and maybe make a couple enemies. Trust me, as someone who has pissed off plenty of people, you will survive whatever Trump Warrior brings. Hostility, anger, shunning, it goes away and can be filtered out – this is especially true with social media, where you have the luxury to mute and block people. Yes, the discomfort is a sacrifice, but it is a worthy one, a sacrifice of one-way “civility” to keep Trump’s reality from taking hold.