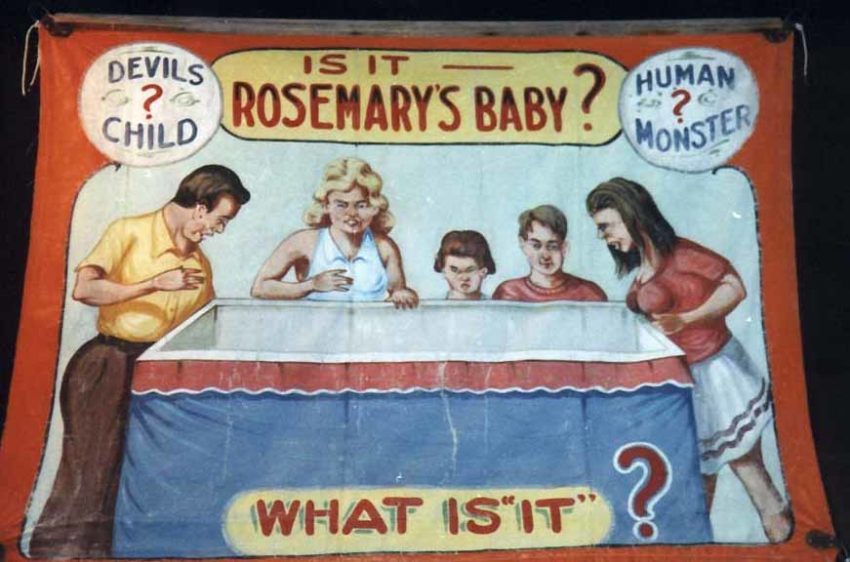 In her April 27th rundown of the day’s news, Heather Cox Richardson wrote:

Conservative columnist Henry Olsen wrote a Washington Post op-ed today suggesting that the party should try to sell voters on Trump by arguing that he is “Not Perfect, Just Better.” Noting that Trump’s approval rating was at 45.6% this morning, Olsen suggested that ads should start by saying things like: “We all roll our eyes sometimes at something stupid that the president says,” before celebrating his tax cuts, for example. They would emphasize his team, rather than Trump himself. “This is admittedly a high-risk, unproven strategy,” Olsen wrote, “But the alternative is worse.”

Trump would never permit such a scheme, of course. News broke today that, earlier this month, the National Republican Senatorial Committee [NRSC] circulated a memo with talking points for candidates to respond to questions about the novel coronavirus. “Don’t defend Trump, other than the China Travel Ban,” it said. “Attack China.”

It also encouraged candidates to distance themselves from Trump’s response to the coronavirus by saying, “I wish that everyone acted earlier—that includes our elected officials, the World Health Organization, and the CDC [Centers for Disease Control].” Trump was furious, and today his political advisor Justin Clark told the director of the NRSC, Kevin McLaughlin, that Trump would not support any Republican candidate who followed the memo’s suggestions. “Candidates will listen to the bad advice in this memo at their own peril,” Clark said in a statement. McLaughlin quickly clarified that the memo was poorly worded and that “There is no daylight between the NRSC and President Trump.”

Obviously, there are people within the Republican party who are extremely uncomfortable with Trump. The NRSC knows how vicious Trump gets to “betrayal of loyalty,” yet they still told candidates to distance themselves from Trump, something that they walked back the minute the President screeched.

The NRSC’s flop-flip-flop shows how much unease there is in a party expected to back Trump 100%.  Screwed if they throw hard with Trump, damned by their master if they don’t. This discord will not affect Trump. The RNC, NRSC, and RCCC, as well as the Republican Governors Association, would all have to turn on Trump to impact his reelection chances. That isn’t happening right now. Instead, the Republican establishment falls in line and pray that they will suffer through this spasm, as they did with Trump’ nomination, “Grab her by the pussy,” The Wall, kids in cages, Charlottesville, North Korea, and his Twitter fits.

No tears for these creatures of the night, no tears. Whether through enthusiasm or cynicism, they owned Trump and now he owns them. They loved him for their tax breaks and judges, now they pay for it with Trump the Magnificent, King of Coronaville, Republican candidate for president and millstone to every Republican running in 2020.

Fear that Trump hurts Republicans running for the Senate and House is the obvious reason why the GOP would like to dine-n-dash Trump.  Every Republican campaign strategist with one whiff of sense sat through Week One of Trump’s cornona pressers thinking, “Oh uh no no no no, don’t say it, don’t say it. Oooof god damn he said it. Please just shut up. Let the others speak. Let Fauc – oh shit! WTF! Oh no oh no…” They saw every word out of Trump’s mouth one percentage point drop I approval for every Republican up for reelection.

These party operatives and most elected officials are professionals, who, unlike Trump, worked their way up in politics, starting local and then making well-times strategic jumps up in power. They know how the game is played. They know that only a fraction of voters subsists on ideology. They understand that all political support is conditional and that public demands are intense. In “normal” times, they are expected to “bring home the bacon.” In times of crisis, those demands are quadrupled. Constituents move from “we want” and “help us” to “we need” and “save us.”

Now what? The president cares only about applause – not the people clapping, but the sound of spanking flesh. When he doesn’t get adoration, he lashes out. He is a failure who will not listen to anyone around him, so he is doomed to keep failing. Now, we find out that, since January, the president’s daily briefings were filled with warnings about and intelligence on the coronavirus, including independent updates from China…and that Trump either ignored the warning or never read the briefings. This, after a particularly bad week, punctuated by Trump recommending that people swallow light bulbs and shoot up Lysol. When states report that their safety centers received record calls on ingesting disinfectant, Trump says, “Nope, not me!” Now what?

Here’s what? Republicans pretend like none of what happened happened. They help Trump manufacture a new reality – the one mirrors that of the Trump cult, anti-vaxxers, militias, fascists, Confederate cosplayers, far right radio host, and conspiracy theorists. The Republican Party wants us to live in a world where Trump’s words mean what Trump wants them to mean regardless of what he said and when he said it or if what he said is the opposite of what he is claiming to have said. It is a world where Donald Trump is the 24/7 hero, a medical magician with all the best potions, the Dearest of all Leaders, Mr. I’m Always Right. Our desires are Trump’s desires, our thoughts are Trump’s thoughts, our reality is Trump’s reality. We are one with Trump. We are the beginning, the end, the one is many. We are the Borg.

The next six months will be a battle between what we know has and is happening and the fictional world of Donald Trump. Defeating Trump and the GOP will mean asserting what we know is true – that despite having plenty of intel telling him exactly what was going on and plenty of experts telling him exactly what to do, Trump denies reality and puts himself before his county. He lies repeatedly about everything related to this crisis. He pits states and hospitals against each other and “his” federal government against everyone else. He turned FEMA into a spoils system and is using aid as a political tool. Stimulus and relief funds are being mismanaged and corrupted by his administration. He refuses any accountability or responsibility for anything and everything. He attacks anyone who he sees as being against him, which is pretty much all those who refuse to bow and scrape. And the Republican Party and its elected officials continue to enable and assist him. All of this is objectively true.

Trump’s campaign and that of the GOP will push the Trump version of events as objectively true. The mainstream media will be tempted to false equivalency, framing the Hero Trump as just a strong of a possibility as Failure Trump. The fight over how to aid workers, states, cities and hospitals is already frames as a “both sides” thing, when it is Democrats with ideas to help the people and Republican leadership saying NO to anything that doesn’t aid the wealthy. And on social media, the spin is worse. The Trump cultist in your social media feed write bizarro-world dispatches and frantic defenses of the indefensible. They float fiction as fact and expect us to go along or STFU. But we don’t have to abide, nor should we.

Trust your senses and actively assert what you know is true – that Trump fucked up, is fucking up and will continue to fuck up. No matter how it is framed, Trump has proven that he cannot be trusted to act in the country’s interest in a time of crisis. Any attempt to push a narrative that makes Trump hero must be countered. Every lie on Trump’s behalf must be exposed.

I am not talking going tit for tit with Trump, but with those people in real life or in your social media feeds who are construction workers in Trump’s reality. Pushback on your vocal right-wing brother-in-law or a neighbor who thinks criticism of Trump is unfair will get testy. Friends might see you as enemy for politely smashing their fictional world. Asserting reality will be uncomfortable but not more than what is felt by kids who are still stuck in cages or someone gurgling as their lungs fill up with fluid brought on by a virus that we could have been prepared for if the president had done his homework and listened. Know that whatever discomfort you feel in confrontation will be dwarfed by what happens if Trump’s fiction is fused on reality. To borrow from ACT-UP: Silence = Death.