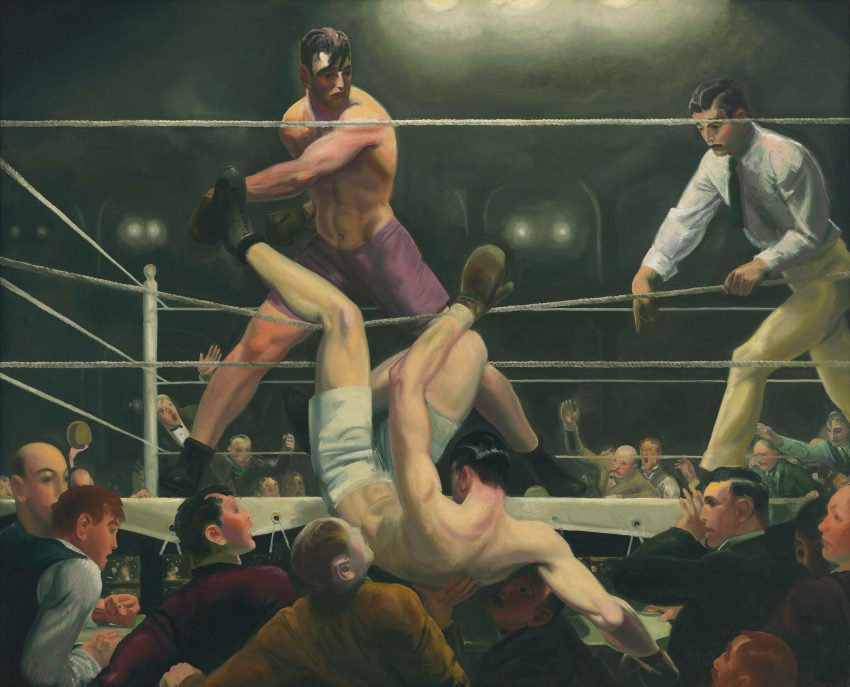 Sunday, Rolling Stone dropped a story about two organizers of the January 6 rally meeting with the January 6 House committee to spill on members of Congress and figures within the administration, including, Trump, for “using” them and being behind the unrest. Heather Cox Richardson did a good job summarizing the article:

The story says that two sources who are talking to the January 6th committee about planning the January rallies in Washington, D.C., have talked to Rolling Stone as well. They say they worked with congressional lawmakers and White House officials to plan rallies both in Washington, D.C., and around the country. They deny that they intended to storm the Capitol and imply they got used, which points to the sources being from within Women for America First, the organization that sponsored a bus tour and rallies around the country before heading to Washington for January 6.

They allegedly named Representatives Marjorie Taylor Greene (R-GA), Paul Gosar (R-AZ), Lauren Boebert (R-CO), Mo Brooks (R-AL), Madison Cawthorn (R-NC), Andy Biggs (R-AZ), and Louie Gohmert (R-TX), as people with whom they planned. They also claim that Gosar promised them a blanket presidential pardon, although they do not say for what.

From the White House team, they singled out then–chief of staff Mark Meadows. “Meadows was 100 percent made aware of what was going on,” one of the sources said.

Katrina Pierson was a key figure in both accounts. She was on Trump’s campaign teams in 2016 and 2020, and worked with the organizers of the rallies before the mob stormed the Capitol.

One of those talking to Rolling Stone said: “It’s clear that a lot of bad actors set out to cause chaos…. They made us all look like s**t.” This person included Trump on their list of bad actors and described feeling used by him and then abandoned. “I’m actually pretty pissed about it and I’m pissed at him.”

That the Trump People would start turning on each other was always inevitable; but that doesn’t mean that this story is insignificant. There is a difference between suspecting something will happen and something actually happening. It is also vital that the story is documented with sources and backed by facts, which is what journalism is supposed to do and, in this case, has done. So, although this is not a shocker, it is very significant.

Of course, anyone who has been critically following the Trump crowd knows that they are mostly undisciplined amateurs, unprincipled opportunists, sociopaths, and idiots. They are obsessed with gaining power, but too impulsive, shallow, and reckless to know how to use it. They are way too reliant on conquered territory, co-opted ideas, and lack organic talent.

The Trumpies are impatient, thus unable to let their thing grow deep roots. They are hooked on instant gratification, focusing on cheap thrills like “owning the libs,” especially if the “owning” involves performing for the digital home crowd. Because likes, reposts, followers, and reaction are their measures of success, they confuse attention and applause with mass support. And, most fatal, they frame everything in terms of the spectacle, including power.

The Trumpies’ addiction to attention means that when they stop to focus, they obsess on tactics rather than strategy, assuming that they know the difference between the two. They don’t understand that if they are trying to pursue power, strategy, not tactics, is both the road and the road map.  Tactics are vehicles that can get you down the road.

I use the word “can” above, because tactics alone will not move one forward. Strategy is import, so is a vision.  Not just any vision. To solidify engagement and create lasting change, the vision must be affirmative. It cannot only be about tearing things down or crushing people. It has to be about building something better for the future. Absent all that, any “wins” one achieves are temporary and shallow. Political professionals know this.

While Trump and Co. yell about elections and such, know that they are not the architects behind the GOP’s voter suppression and election rigging strategy. This is a decades-long project of the professionals in the party, people like McConnell and folks whose names you would not know unless you pay attention to electoral politics at the level of consultants and campaign strategists. These people know the difference between strategy and tactics. They are not impulsive. They think things through. They don’t go for shock and awe. They do not want people paying attention to them. They very much understand power and know how to use it. And, for the most part, they hate Trump and his crowd.

What the amateurs have that the pros do not are numbers. The interests that the pros serve – corporate America and elite wealth – are a sliver of the population. Whatever popular support the GOP held before Trump came on the scene was based on latent bigotry and the myth of trickle-down, meritocracy, and bootstrap economics. The Wall Street Implosion and Great Recession exposed GOP economics as hollow bullshit and started to eat away at their base. Some voters shifted support to Obama, others dropped out, and quite a few started looking to the right – and in that breach, unwittingly stepped Trump, who revived the party enough to make voter suppression work, i.e. Trump got people to the polls.

So, right now we are at another point where the tension between the pros and the amateurs is intense. We’ve seen this over and over during the last six years. Every major crisis created by Trump – Charlottesville, caging children, Russian interference, impeachment, corruption, COVID, the Big Lie, Jan 6, etc. – has impacted the relationship between the two camps and not in a good way.

I know that last sentence seems counter-intuitive, mostly because the alliance between the pros and the amateurs is still alive and because we are constantly told that “Trump owns the party,” two things that are surface-level and/or inaccurate. People and ideologies can control a political party, but that control is never as firm as it seems, not when popular elections determine who is in power. Political parties do not accept failure, not over a series of elections, so, if Trump continues to bomb electorally, that crowd is gone (though people like Tom Cotton, Ted Cruz, etc. will still be around under a rebrand).

Second, while the pro/amateur alliance is alive, that doesn’t mean that it is either healthy or strong. Every crisis I recited above was Trump created, either by Trump’s action or reaction.In o case did Trump come out ahead. How could he? It’s not like anything good came out of Trump’s reaction to Charlottesville or Russian meddling. No one benefits from the 130,000 to 400,000+ dead that resulted from Trump’s lack of reaction to the pandemic. None of this strengthens relationships. At best, these kinds of crisis pull an alliance together for a defensive moment, but once the crisis passes, the people forced into “solidarity” because of their ally’s fuck up start to rethink the relationship.

Even when they agree with amateurs 100% on policy, pros like Mitch McConnell have no love and little use for amateurs like Margorie Taylor Greene and Matt Gaetz. They tolerate the amateurs’ “Look at me!” stunts as long as they serve as a distraction. However, once they taint the brand – Greene’s yammering about Jewish Space Lasers, Gaetz being accused of statutory rape (the legal term for adults “dating” minors) – the pros will stand by as the amateurs commit career suicide, especially if the amateurs rep safe Republican districts.

And then there is the money: Trump’s crowd live off nickel & dime contributions from small donors, some big cash splurges from a small handful of super rich reactionaries, and conditional support from big business. While all of these sources add up to a nice chunk of change, its pennies compared to the resources McConnell and the pros are able to tap. That should not be a surprise.

As personally popular as Trump is (compared to McConnell), no one in sound mind is going to invest in Trump on anything, not if they can help it. Their money will always land on someone like McConnell, and it will because McConnell is a smart bet. He will give them a return their investment. He is the strategist. He has the long-term vision. He, more than anyone else in the Republican Party, understands power. He is the only Republican worthy of dueling with Nancy Pelosi, pretty much the top political strategist as elected official of the last 50 years.

McConnell’s investors know that he is not going to make rank mistakes like leaving a paper trail behind a planning session on overthrowing the election as Trump’s people did with their Willard meet. They are quite sure that McConnell isn’t going to hire a group of newbies such as Women for America First to organize a major anti-election rally. They are also confident that someone like McConnell will make sure that there is plenty of distance between him and militants on the ground. And, they are as positive as they can be that McConnell is not going to rely on anyone who will turn on him the minute things go south.

The difference between political professionals and amateurs is that professionals embody politics at its rawest and truest level. Stripped of theatrics and ideology, politics is about power and how things – including people and ideas – are manipulated to achieve and maintain power. Politics impact democracy, elections and legislation, but democracy, elections and legislation are systems not politics.

Further, politics is not an end, but a means to an end or, better still, a process. Conceiving politics as a verb rather than a noun allows us a lot more freedom, opportunity, and even hope. Politics as a verb unfixes politics to a single method, ideology, or result. It allows us to shape politics – how we achieve and maintain power – to reflect our ideals and values and to adapt when progress slows and the future seems dim or when our opponents fracture and start cannibalizing themselves.

However, shaping our politics isn’t a passive thing. It requires our participation. While it is great that Trumpies are devouring their own, watching them feast will not change anything. Adaptation requires being engaged enough to capitalize on their failures and discord, while working on our gains and evolution. That engagement can come in many different forms – organizing workplaces, pushing for local environmental sanity, getting involved in school boards (vital right now), playing political mentor to younger people, registering people to vote, etc. Engagement is moving from attending protests to helping organize one. Political participation does not have to become your whole life or even most of your life, but it must be part of it. The opportunities are there. Use them.