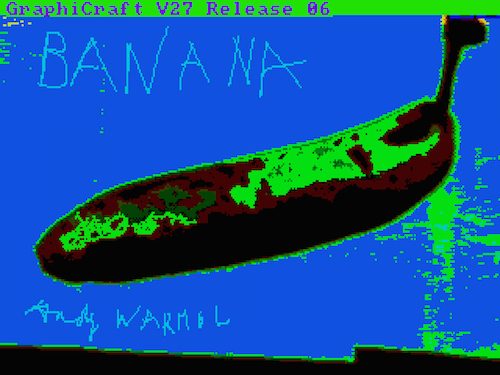 There is a full-on citizen’s movement in Belarus against the dictatorship of Alexander Lukashenko, a despot who has ruled that country for over 30-years. The major news networks have been predictably silent about Belarus, while the PBS NewsHour and CNN only report when there is a flair up. Most mainstream reporting that we get on Belarus occurs in places like the Washington Post and The Guardian.

Last year, Lukashenko’s clampdown on opposition in preparation for another rigged election generated some headlines. The election – which the dictator “won” with “80%” of the “vote” – spawned mass protests, which briefly hit the news. Since then, coverage on Belarus has been extremely sporadic, usually on a protest that the authorities break up with violence, jailing of an opposition leader or journalist, or the defection of an Olympic athlete.  Any other news, you have to search for, especially something like this:

The current protest movement against the Lukashenko dictatorship not only continues to be active but it has a wide, deep base of support among everyday people. The resistance is much more than opposition politicos, civil society activists, democracy advocates, students, and civil libertarians. These groups have been joined by state workers, including bureaucrats, former members of the police and security forces, and former allies of Lukashenko. For sure, some of these folks are weather-vaning it, making sure that they are on the right side of history when Lukashenko falls, but others have simply had enough.

For example, there is the group of cyber-activists called the Belarus Cyber-Partisans (CP). Who are they? This from EuroNews:

The brains, in this case, belong to a group of around 15 Belarusian citizens and activists, all IT specialists, who joined forces after the protests began last August.

They don’t know each other’s real names. Just three to four are actual hackers, and none are professionals – they learned on the go over the past 12 months.

CP is one member of a bigger consortium of cyberwarriors known as Suprativ, which was formed on September 18, 2020, and includes two other groups, partly made up of ex-regime operatives, called Flying Storks and The People’s Self-Defense Brigade. [Flying Storks? Sign me up! – SS]

The alliance does not recognise Lukashenko as the legitimate ruler of Belarus. Its manifesto lists three goals: “preservation of the independence, sovereignty and territorial integrity of Belarus”, overthrowing the Lukashenko regime, and aiding the country in a stable return to “democratic principles of governance and rule of law”.

The MIA is not just some government agency. It is pretty much Belarus’s Dept of Homeland Security. It holds extensive files on all citizens of Belarus, including Lukashenko and his family, his staff and allies, members of the Belarus KGB and other security forces. The information CP snagged includes discussions on the state’s strategies to smash dissent, which activists have used to stage mass protests, outfoxing security forces.

The CP also has info on undercover KGB operatives, regime members and allies’ addresses and contact info, including the location of their dachas, as well as hours upon hours of conversations and video. So, far CP has released only .01% of the info they obtained, all on regime officials and security forces working to crush the opposition. CP has pledged to not tap into the files of everyday citizens.

What is also encouraging is how CP got into the MIA’s database. CP activists told Euronews that getting in wasn’t particularly difficult. Lukashenko is hated, even by people who work for the state. When the dictator cracked down on opposition prior to the election, many who maintained the regime’s cybersecurity quit, started “sleeping” on the job, or joined the resistance.

Additionally, a high number of former police and security agents have turned against Lukashenko and are discretely helping the opposition, including telling groups like CP where to look for vulnerabilities in Belarus’ digital infrastructure. (To protect against being set up, CP and other cyber-oppo are organized so that each member is their own cell and does not know who their cohorts are or what information that others possess. If one is snagged by the cops, that person will pay, but has nothing to give authorities on their cohorts).

Another plus: CP and other Belarus cyber-resistance are, for the most part, everyday people who spontaneous started to organize against the state. Through forums and apps like Telegram they found each other and created networks of resistance, as well as a lose structure that enables them to work in tandem and support each other without risking their allies’ security or that of the movement. The anti-authoritarian, decentralized, organic nature of the resistance is driving the authorities nuts.

In related news, news that has gotten much press outside the Washington Post, some blogs, and newsletters:

A week or so ago the hacker collective Anonymous announced that they had snatched the logs of a web-hosting/registration company called Epik. Epik is infamous for providing a place for Trumpist and extreme right groups to operate from after they get kicked off other servers. Epik has hosted 8chann, Gab, and the neo nazi site the Daily Stormer, as well as thousands of anti-vaxx, white supremacist, incel, fascist, “stop the steal” and other sites.

While these groups have every right to exist and to talk whatever shit that they talk, too often they are nothing but vectors of dis- and misinformation, pure propaganda operations, and designed to intimidate their enemies. While the sites are accessible to the public, the people who run and fund these sites use Epik to remain anonymous, a strategy that makes them unanswerable for their misinformation, slander, harassment, and dirty tricks.

Without Epik as their shield, they must operate in the open, their names now known to those whom they attack and behind the ideas and misinformation that they push. And names are starting to get attached to sites that advocate genocide and slavery, attack POCs, women, and LGBT people, deny the Holocaust and the pandemic, pass on anti-vaxx info, and other garbage. The nazi hiding next door is now the nazi who is too damn close for comfort.


Of course, pulling the white hood off of these people results in howls from “free speech purists” and members of the elected far right – people who confuse the ability to say anything anytime anywhere including lies, slander, death threats, etc. with free speech. Understandably, they do not want to have their face and name exposed as a supporter or funder of an anti-Semitic or anti-vaxx group, as they do not want to face consequences for that association.

Free speech demands some level responsibility. Minimally, with some very specific exception, responsibility demands that words used to attack must a name attached to them. People who claim through anonymous memes that the “pandemic is a hoax” or that an election was stolen must be identified and made to back up their claims.

Similarly, we must be much more critical in identifying and assigning value to free speech or free expression. While a child throwing a tantrum over not getting candy is practicing “free expression” and their protestations, “free speech,” we need to ask some questions: Beyond, telling the parent that she wants candy (or her own way), how deep is tantrum-thrower’s speech? How much value do we assign to it? And, what happens if a third party anonymously advocates for the child by creating a website that accuses the child’s parents of child abuse? Is that also free speech?

Certainly, we want children to express themselves, but we need them to understand that loud and angry does not add value to their argument. While a toddler is not going to understand, as a child gets older, with proper guidance it will figure out how to gauge its own speech. However, whether the kid is two or twenty-two, a third-party using slander, lies, and disinformation so that they kid can get its way is out of bounds, especially if the advocate is hiding behind anonymity.

Using that logic, why do we indulge the adult tantrums and attacks by faceless baby-men on easily provably lies about a “stolen election” and crackpot nonsense on magnetizing vaccines and how horse-dewormer is a modern miracle cure? At the very least, we should know the names of people advocating for the genocide of Black people and Jews, forced “conversion” of LGBT people, the massacre of women, and the destruction of democracy – not to persecute them, but to make them stand and defend their words and actions. That is what both Belarus Cyber-Partisans and Anonymous are doing by exposing Lukashenko’s web of repression and Epik’s sheltering of racists, misogynists, and fascists.

I am not a “tech is the answer” person, far from it. I definitely do not believe that cyber-activism and cyber-resistance will be our salvation. However, I do not discount the work of any activist, not without examining it first. Tech is a tool, a very powerful tool if used as in-real-life (IRL) and in tandem and cooperation with analog activism, such as it is in Belarus. Hacks like that of Epik by Anonymous are essential actions when combined with the old fashion legwork of journalists, as well as IRL pressure campaigns and even things like voting and contacting legislators. Though the media is silent about this stuff – because it isn’t “sexy” – it is happening and it is happening everywhere.