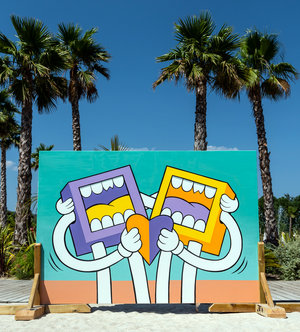 Early this week, in Santa Barbara, Trump-Republican recall candidate Larry Elder asked his crowd, “How are we going to stop the Democrats’ cheating?”, followed by, “The number of people that are going to vote to recall this man is going to be so overwhelming so that even when they cheat, they’re still going to lose.”

Elder’s statements served multiple purposes: Priming his voters for a loss, he asserted that such a loss would only be possible thanks to voter fraud. He followed that up by making a “prediction” of a trend already in motion – high voter turnout – claiming that the recall effort in general and he specifically will benefit from high turnout, setting up any outcome that doesn’t favor Elder as fraudulent, including the recall being successful with Elder winning with the largest plurality but a small percentage of votes.

History and numbers do not suggest that Elders has any chance to achieve the 50+% of the vote that would give him a true majority. In the 2003 Gray Davis recall, while 55.4% of voters rejected Davis, only 48.5% voted Republican Arnold Schwarzenegger into office. This time around, Elder is facing 45 other candidates as someone who, unlike Schwarzenegger, had limited name recognition when he entered the race. Currently, Elder sits as the favorite of 28.6% of likely voters, almost 22 points lower than what he would need to go to Sacramento with a true majority of the vote.

Elder’s assumption that high voter turnout will benefit the recall effort and his campaign is also refuted by polling and statistics. In their September statewide survey of potential voters, the Public Policy Institute of California (PPIC), a independent nonpartisan research group, found that 58% of voters are likely to vote “No” in the recall election, leaving 39% voting “Yes.” (In PPIC’s May survey, 57% of voters rejected the recall, while 40% supported it.)

Other polls back that up. A mid-August CBS News/YouGov poll is a bit tighter, showing 54% of registered voters and 52% of likely voters rejecting the recall. A September poll by the Institute of Governmental Studies at UC Berkeley (IGS) found that 60.1% of registered voters want to keep Newsom, while 38.5% would like to dump him. IGS researchers reached out to poll takers after their survey to see if they’d already voted. They found that 40% of their subjects had voted.

Further into the stats: While most polls show greater enthusiasm for the recall election among Republicans than Democrats or independents, PPIC reports that nearly half – 46.5% – of California’s registered voters are Democrats. Republicans – whose numbers have been shrinking – account for only 23.3% of registered voters, a percentage significantly smaller than it was at the time of 2003 Davis Recall (35.2%).

No matter how loud Elder gets or outlandish his claims are, none of these numbers suggest that high turnout will benefit the recall effort or Elders. Right now, early voting shows high turnout, especially among Democrats. In Shasta County, where Republicans outnumber Democrats more than 2-to-1, so far, substantially more Democrats have voted in the recall than Republicans (caveat: in the past, Republicans have made up for a weak mail-in vote with high turnout for in-person voting).

If the recall fails and Elder does not become governor, the candidate says, “We have a voter integrity board all set up.  Most of these are lawyers. So when people hear of things, they contact us. We’re going to file lawsuits in a timely fashion.” Whether Elder is bluffing or actually does have a team ready to challenge the election results, as Greg Sargent notes, it is now standard that Republican candidates proactively question the legitimacy of the results of the election that has yet to occur, a ploy to cover the candidate’s ass in the event of a loss and to weaken faith in elections, a process Republicans generally do not excel at.

Of course, this tactic is not new. While we spend a lot of time on the Big Lie that Trump was cheated out of the 2020 election, the Big Lie would not be as successful if Trump didn’t fertilize his base with his 2016 and 2020 accusations, that if he didn’t get the 2016 GOP nomination or lost either presidential election it was because of vote rigging and Democratic “shenanigans.”

Because Trump was the first high profile candidate in our lifetime to make such speculative accusations about election fraud, and because he was seen as a not-serious blowhard, his opponents, including 2016 Republicans, and the press didn’t know how to confront these claims.

Certainly, there are deep ethical questions regarding identifying a statement as a lie, reporting on mental illness, dealing with attempts to manipulate news coverage, and writing an accurate story while avoiding partisanship; however, the press barely touched on those concerns. Aside from some honest yet naïve struggles about when to call a lie a lie (or a mistruth, misinformation, disinformation, or one of them many other stand-ins that the press used and is still using to avoid the word lie), the media was much more focused on how they would be perceived if they provided critical coverage of Trump and his fraud predictions. They were too scared of being called “partisan” and “unfair” or losing access to even touch the subject, critically or at all.

While self-reflection and self-criticism are essential in producing sound journalism, there is a danger that obsessive self-focus leads to self-censorship. When that happens, essential stories such as the use of speculative lies as electoral tactics or the danger of eroding voter confidence has on democracy do not get written until the tactics prove successful and voters/potential voters start getting cynical. Instead of helpful reporting which can be used to thwart tactical lying, the public reads autopsies of democracy.

Larry Elder and other Republicans predicting an unfair election is little more than part of a short-term campaign strategy to ensure Elders’ future political viability in the Republican Party and popularity as a right-wing media personality. Long-term, Elders and his cohorts are continuing the Republican attack on democracy and voting rights in pursuit of authoritarian power.

Even though one political party is on the attack, the health of democracy and voting rights is not partisan issues. If we value freedom and fairness, even in a country as flawed as ours is, both democracy and voting rights are essential, especially if freedom of the press and the free flow of information is valued. To protect these freedoms, it is incumbent on the press to dissect and debunk statements like Elders’, no matter how clownish and fantastical they might be. Four years of Donald Trump and the last nine months of dealing with his disaster should make that clear.