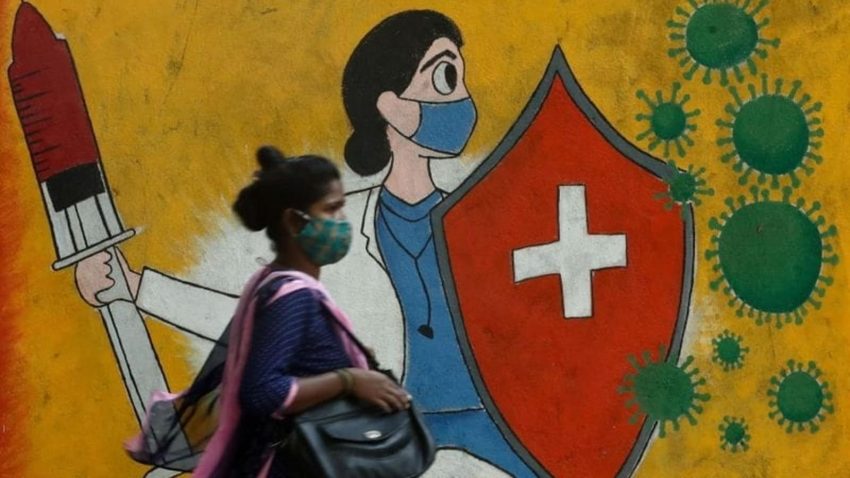 When the bus pulled into the US Coast Guard Training Center in Cape May, New Jersey, it was close to midnight. We stopped in front of a set of barracks and a fireplug of a man stepped onto the bus and started yelling at us. This was our company commander (CC), the Coast Guard’s name for boot camp drill sergeant. We were hustled from the bus and handed a pile of bedding. With our bags slung over our shoulders, bedding in hand, we were frog-marched into the building that was to be our home for the next three months.

At 5 o’clock in the morning, a couple of the CC’s underlings burst into the barracks and started slamming metal pipes against the metal frames of the bunk beds we were sleeping on. We were told that we had exactly ten minutes to hit the bathroom, get dressed and find ourselves in formation outside the building. Most of us accomplished this in five minutes.

Outside, our CC walked up and gave his introductory speech, which was a combination of coach-speak, insults, and threats. He followed his introduction with ten minutes of turning our “formation” into a formation, a task that demanded that many of us do push-ups. Once that was accomplished, we were given a rudimentary marching lesson, took one marching lap around the parade field, and were led to the mess hall for breakfast.

After chow, we were given ten minutes to hit the bathroom and smoke, afterwards we were to be lined up in formation, ready to march to a row of Quonset huts. In the first building, we were measured and handed two sets of work blues, one set of dress blues, boots, dress shoes, and a satchel full of hygienic stuff.

Stop two was in the second building, more of a shack than hut. Inside the shack were four barber chairs, standing next to the chairs were four enlisted men tasked to play barber. Each “barber” had the same training: Run a set of electric clippers, set to nil, over our heads, removing all but a peach fuzz layer of hair. Lord knows how many pounds of hair they collected that day, but I know that none of it was from me. I had arrived with my hair already shorn, not that I was gung-ho, but because it was early 80s California punk style. Still, I sat in the chair as the grunt glided the clippers across my head.

Groomed, we were sent to the third building. It was the one in which we signed our induction papers (after the hair cut!), were sworn in, and asked if we had any unique body markings – tattoos, scars, etc. – anything that could identify up if we died in battle. Then we sent to the next building for our shots.

Everyone who joined or was drafted into the US Armed Forces has had to do a variation of the morning I just outlined. Some branches put the hair cut before breakfast or skip breakfast all together. Some wait to do the marching stuff until after induction. And some skip things like the clothing ritual all together, but what every single member of the armed forces does on their first day of boot camp is get their shots.

The fourth building was pretty much like the rest, drab and squat. As with the hair salon, this building had four chairs. The chairs were set between two tables and standing next to each table were enlisted personnel with a white medical smock over their work blues. We were told to sit down and roll up both of our sleeves. In rapid succession we were given a series of shots, about four in both arms. The medics told us what each shot was for and what the side effects were. The morning was so intense and everything happened so fast that five minutes out of the building I couldn’t have repeated anything I was told other than the tetanus shot was going to hurt for a while and some shot for a tropical disease I never heard of would cause a welt the size of a quarter. Both of those things came true.

We could have been filled with super serum designed to turn us Steve Rogers into Captain Americas (if so, they failed miserably) or it could have been a routine round of vaccinations. Whatever, none of us became magnetic or grew a third limb. We knew that this was all part of what we signed up for, which was a mission to protect the public. We also knew that to do that we must be vaccinated against diseases that we could catch and pass on to the public. The vaccinations were part of our public service.

Last week, when I read that there is hesitancy among service members regarding the COVID vaccines, I thought, “Sure, people are going to be concerned. Hell, I was a bit spooked about my round of boot camp shots.” However, when I read that there was resistance, my reaction became, “What the fuck? Resistance among people who volunteered to join the armed forces while the United States was actively engaged in wars? Whose job description includes dodging bullets and diving from bombs? That makes no damn sense!” It also goes against pretty much the whole culture of the armed forces, which is “Here’s a tough job, make sacrifices, suck it up, get it done. You are working for the ‘greater good’.”

Part of “working of the ‘greater good'” means that you get vaccinated against diseases – measles, whooping cough, COVID, etc. You get vaccinated so you don’t spread disease among your comrades at arms and so that you won’t pick up some virus rampant overseas and spread to the general population once you get home. None of this is unreasonable or unexpected. As public-facing members of “civil society,” every service person has it drilled in them that it is their obligation to protect the public from and not expose them to any danger. Why the Pentagon must issue a vaccine mandate is beyond me. It is the duty of service member to be vaccinated.

I have absolutely no qualms saying the same of health care workers, teachers, firefighter, and police officers – all public servants (even when working for private companies) whose job it is to interact with and serve the public. No one working in these jobs should be put in a compromised position to catch and suffer from a virus. More important, they should not be allowed to serve as a disease vector.

Again, vaccine mandates for these public servants are not unreasonable. Just as all these people must go through proper training to do their jobs, pass background checks to make sure that they aren’t criminals or predators, agree to not come to work drunk or stones, there should be no question that these folks must be vaccinated against COVID (an exception, of course, for those with a real medical condition that prevents them from do so).

As of this writing, California has mandated that teachers and educational support staff get vaccinated. For the most part, teachers’ unions are backing them. Some cities are requiring public workers to get vaccinated, including cops.

Last week, San Francisco’s Sheriff’s Union threatened that their members would quit if they are mandated to take the vaccine. These cops not only work with the public, but also work the jails, jails stuffed full of people who live in confined spaces, pretty much prime targets for the Delta variant or any other virus. No matter if they take it seriously or not, one of the responsibilities of those who work in jails is to not do harm to their wards. One of the responsibilities all cops is to “protect and serve” the public. Seems pretty damn clear that to serve the public is to do what the public asks, including getting vaccinated. To protect the public includes protecting them from COVID and the Delta variation, which means getting vaccinated.

If police officers – who are among the most highly paid public employees – or any other public servants threaten to quit over the requirement that they be vaccinated against COVID, good riddance. There is absolutely no reason that these vaccine-resisters fight what I clearly understood as a seventeen-year-old sitting in a Quonset hut on a swamp in the southernmost tip of New Jersey, that when you sign up to put the country and public before yourself, you are obligated to put the country and public before yourself, whether you like it or not. It doesn’t matter what your “independent research” tells you, you signed up to “protect and serve” and getting vaccinated is part of protecting and serving. If these people can’t grok that, time for them to find a new line of work.

Otherwise, shut up and get the goddamn shot.