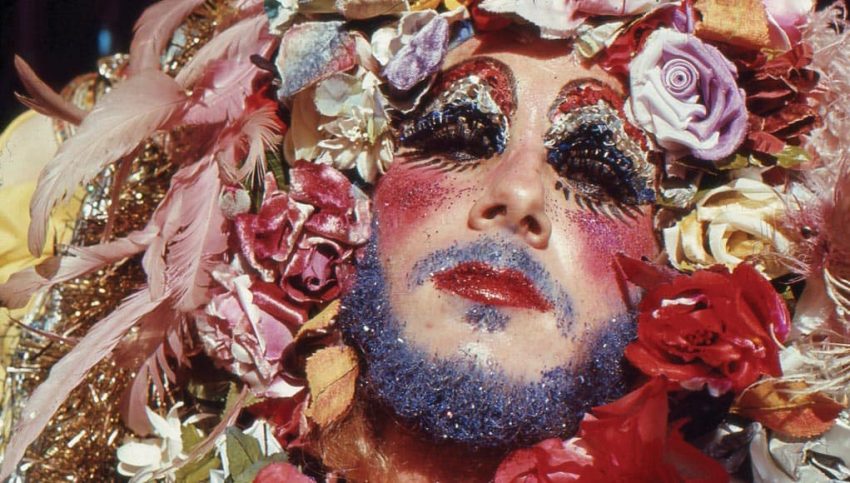 Sunday, the Washington Post reported that the Equality Act has hit a wall in the Senate. The bill – which would add LGBT folks to the 1964 Civil Rights Act’s list of people legally protected from discrimination – is supported by a strong majority of the population and is fairly uncontroversial; however, according to the Post it is being held up by the absence of Republican support, which means that, under current Senate rules, it lacks a super-majority and will not break a filibuster. Also, Joe Manchin insists that all legislation must be achieved through “bipartisanship,” which means at least one Republican has to support it for him to…actually, I don’t know, because he also is against doing away with or reforming the filibuster rule.

This situation is especially frustrating when every person who pays attention to politics knows, that if this was a religious rights bill and we had a 50/50 Senate with a Republican president, McConnell would suspend the filibuster – a Senate rule, not a constitutional provision – and pass a religious rights bill with no Democratic support, all the while claiming that the Democrats lack the desire to be “bipartisan” because they won’t side with a 100% Republican crafted bill.

Unlike Manchin, McConnell doesn’t act as if the filibuster is some sacred order. He sees the filibuster as a tool – at times, a tool that is useful to him; at times, an obstacle that must be done away with. And you know what? McConnell is 100% right on.

The second obstacle to passing the Equality Act is ideological and based on bigotry. Right-wing Christians oppose the Equality Act because it might prevent them from practicing legal discrimination against LGBT people. They contend that protecting LGBT people would hurt religious freedom, specifically the religious freedom of discrimination, based on one interpretation of the Bible.

(Human Rights Campaign president Alphonso David challenges the religious freedom-based opposition to the Equality Act, “We’ve had the First Amendment on the books for decades. We’ve had a clear separation between church and state for decades. The Equality Act does not change the fundamental principles that support religious freedom. We heard some of the same arguments, if you will, in the 1960s when the Civil Rights Act was amended — that this would really radically affect how religious institutions function. That didn’t happen.”)

Forget that there are plenty of Christians (and other people of faith) who do not share a pro-discrimination interpretation of the Bible; forget that the Bible is not an official document and does not supersede the Constitution or even the Declaration of Independence (which has no legal power); forget that any religion or denomination that accepts or encourages discrimination against others is not a faith worth working around or with; forget all that: Human decency demands that we treat all people as our equal regardless no matter if they were born gay or straight or somewhere or nowhere on a sexual orientation continuum. Seems to me that this demand is backed by scripture, say Leviticus 19:18, Jesus’s Sermon on the Mount, “Do unto others as you would have them do unto you.” What else do you need?

Someone should ask that question of Maine’s Republican Senator Susan Collins, who, before her 2020 reelection, backed the Equality Act and like legislation, to the point of signing on to it. Today, she dodges questions on the Act, refusing to come out and support it. Why? No idea. She just got reelected. If she runs again, there is a 50/50 chance that when she runs the plague of Trumpism will be pure poison in states like Maine. Her state supports the Equality Act, and, yet, Collins is, once again, doing a little dance around bits and pieces of a bill she formerly supported, saying that she needs an ever-changing this or that to secure her vote.

What is crazy is that Collins’ political pedigree is old guard New England Conservatism, which was a rich white people’s “Get off my lawn” politic without overt bigotry. These old New England types were fine with stuff like the 1964 Civil Rights Act as long as hidden forms of apartheid – red-lining, housing covenants, etc. – weren’t impacted. To be fair, some of these conservatives weren’t bigots; they were people who actually did support Civil Rights and opposed structural racism. After 1964, there were also the pragmatists, those who understood that there could be a high political price for being on the “wrong side if history.”

The primary example of a conservative who paid a political price for his opposition to the 1964 Civil Rights Act is Barry Goldwater. Goldwater was the conservative icon of his time, the father of the “modern conservative” movement that came to power under Ronald Reagan.

Unlike many who opposed the 1964 Civil Rights Act, Goldwater acknowledged that discrimination was happening and that it was wrong, however, he did not think it was a problem that government should deal with simply because doing so would increase the power of the state. Goldwater wrote “that the problem of race relations, like all social and cultural problems, is best handled by the people directly concerned … [and] change should not be effected by the engines of national power…” (“The Conscience of a Conservative”).

Reality informs us that the “people directly concerned” with racism (sexism, homophobia, or other bigotry) lack the power to deal with what is way more than a “social and cultural problem.” Racism and other bigotry are political realities codified by law and enforced by the power of the state. Reality tells us that no matter how much we get along as individuals, no matter how decent we treat each other, no progress can be made when the law allows people to segregate neighborhoods and school districts by race, a factor defined by skin tone and “one drop rules.”

One drop rule? Sure, let’s turn to the Encyclopedia of Arkansas for the skinny:

In 1911, Arkansas passed Act 320 (House Bill 79), also known as the “one-drop rule.” This law had two goals: it made interracial “cohabitation” a felony, and it defined as “Negro” anyone “who has…any negro blood whatever,” thus relegating to second-class citizenship anyone accused of having any African ancestry… The law also defined “Negro” as having “any negro blood whatever.” Dichotomous “racial” classification was also invented in colonial times, with blood-fraction laws defining a “Negro” as having more than a given fraction of African ancestry.

Arkansas was not a one drop rule pioneer, nor was it the only state to have such a rule.

North America’s first blood-fraction law, in 1705, used a one-eighth rule (a person was black if one great-grandparent was entirely of African ancestry). By 1910, twenty states classified citizens by blood-fraction, most using one-fourth or one-eighth.

Arkansas one drop rule – which outlawed not just interracial relationships but interracial families – didn’t disappear with the 1964 Civil Rights Act or get struck down in the courts. It took sixty-four years for Arkansas to do away with their blood-fraction law.

Act 320 essentially disappeared from the books with the passage of Act 280 of 1975, which rewrote the criminal code of Arkansas’s statutes, no longer addressing extramarital sex and no longer defining race in terms of ancestry.

So, yeah, let people work things out for themselves when they can, however, when a government has something like a one drop rule codified as law, whatever we agree upon as individuals is trumped by a foundation set in racism.

When Goldwater ran against Lyndon Johnson in the 1964 presidential race, many pundits thought that Johnson’s drive for the Civil Rights Act would hurt LBJ and help Goldwater. The argument was, “Sure, Goldwater is seen as a dangerous, paranoid nut job, but the American people, especially the South, aren’t ready for radical change that would happen with the Civil Rights Act.” The pundits should have consulted some polls. “[A] 1963 National Opinion Research Center poll, 79% of white Americans stated they were for transportation integration, 73% were for integration in public places, and 65% were for school integration.”

Thirty years after he was trounced in the ’64 election, Goldwater’s views on civil rights and the Constitution had evolved. No longer did he believe that civil rights were something that individuals needed to work out amongst themselves. By 1994, Goldwater supported federal civil rights legislation protecting lesbians and gay men, saying things like,

The big thing is to make this country, along with every other country in the world with a few exceptions, quit discriminating against people just because they’re gay. You don’t have to agree with it, but they have a constitutional right to be gay. And that’s what brings me into it.

In July 1994, Goldwater’s understanding of civil rights had so evolved that, working with the Human Rights Campaign, he became an honorary co-chair of Americans Against Discrimination, an early version of the Equality Act. Unfortunately, the Republican Party was out of stop with Goldwater and a handful of moderates who supported gay rights. By 1990, the party’s social and cultural agenda was controlled by homophobes in the Christian Right.

Today, the fundamentalist religious activists and Trumpoid bigots grip on the GOP is so tights that safe-as-safe-can-be office holders such as Susan Collins refuse to come out in support of not-radical, common sense legislation such as the Equality Act, legislation supported by 70% of Americans.

Joe Biden – hardly a radical – has looked at stats like the 70% support for the Equality Act and Republican opposition in the Senate and concluded that “bipartisanship” should be measured by what the country wants and not what political games the minority party are playing. If democracy is to have any real meaning, effectiveness, and bite it is the 70% of the people that support gay rights who should triumph over a party who refuses to compromise or even enter into good-faith discussions on legislation like the Equality Act.

That Joe Manchin refuses to understand what Biden clearly gets is not just a strike against the Manchin, but more proof that our system is broken. Broken or not, one small fix – the elimination or reform of the filibuster, a Senate rule, not a constitutional provision – could go a long way in making the country far more democratic than it is now. Why Manchin won’t move on this issue – despite being Lucy’d once again by Mitch McConnell on voting rights – I don’t know. But, no matter that Manchin reps conservative West Virginia, his constituents do not support his recalcitrance on the filibuster, recalcitrance which is infuriating and absurd.