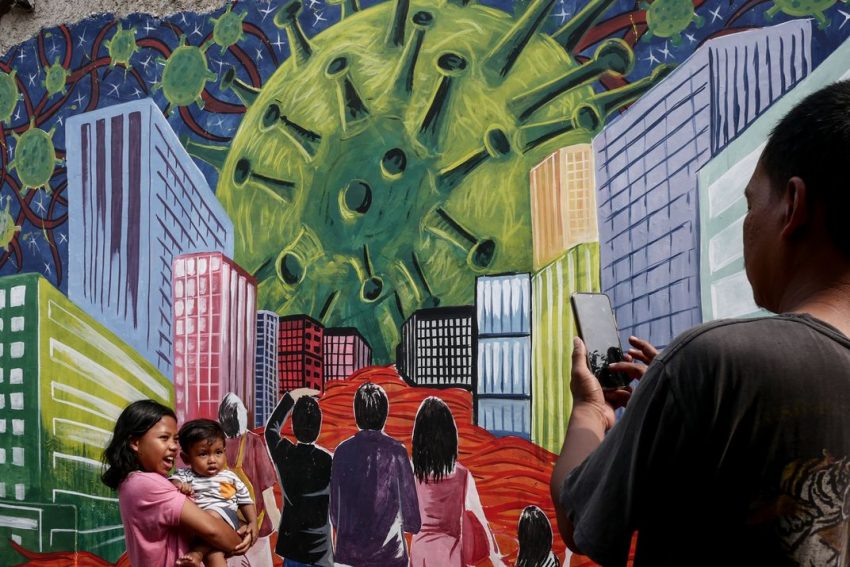 No doubt about it, 2020 was a rough year. It certainly wasn’t a good year, but was it necessarily a bad year? Perhaps, 2020 was like all years, it was a year. Pluck any year out of history and lay out the important major and minor universal or near-universal events and pick through them. Now, zoom in and identify events that impact particular classes of people, regions, and resources. Focus on your family and self. What happened to you personally in 2001, the year Al Qaeda attacked the United States, a horrible event which defines that year? Let’s say that 2001 was the year your immediate family had or adopted your first child. That would make 2001 a “good year” for you, but 9/11 made it a “bad year” for the history books. Perhaps, 2001 was like every other year: It was a year.

Despite what the success-industry teaches or what purveyors of positive thinking preach, most of what happens to us, starting with our birth, is out of our control. As children, we don’t choose our parents, our primary language, how we are disciplined, our first religion, what we eat and how much, our teachers, the neighborhoods we live in, or whether our uncle is cool, creepy, or even exists. As we get older, we find more freedom of self as, but all adults know that our liberty is compromised by rent, health, relationships, and dozens of other natural and unnatural obstacles and restraints, plenty of which we do not control.

At a basic level, we are as free as the situations we find ourselves in dictate and the events that impact us allow. However, while we can’t change being born into a specific economic class or that a wildfire overtakes our town, we do have control over how we react to where we sit and what is thrown at us.

On a humanistic level, how we respond to life’s uninvited challenges is as or more important than the challenges themselves. In 2020, our first major challenge was COVID-19. While the virus was first detected in November 2019, most of us did not become aware of it until February 2020. Let’s look at how we responded to the pandemic when it was obviously upon us.

After a few weeks of public not-knowing, in March, we were informed by health officials to start taking precautions against the virus. Most of the country responded by adopting a sanitation regimen of strict handwashing, wiping down of surfaces, and temperature taking. We were pretty successful in near-uniformly adopting the mitigation techniques suggested to us, even though the information we got was spotty.

In late March, as COVID cases started to climb, at the suggestion of public health officials, states went into lockdown mode. Most of us did what was asked of us, and more. We stayed home and limited our contact with people. When we were told that masks were helpful in stopping the spread of the virus, most of us figured something out.

When we found that masks were hard to come by, we started making them ourselves…and then we sent hundreds of thousands of our homemade masks to heath care workers, who were dealing with shortages of protective equipment. We gave our masks to firefighters and cops, to grocery store workers and friends. When there was a shortage of hand sanitizer, small-batch whiskey distillers stopped making booze and started pumping out sanitizer, much of which they sold at cost or gave away.

At the grocery store, we dealt with lines and waits and shortages. There was panic buying, hording, and profiteering. The news media focused on the chaos even though panic buying was short-lived and the hording/profiteering was not wide-spread (and, when exposed, universally condemned). What got no notice were the tens of thousands of Americans who chose to shop for their elderly or health-compromised neighbors.

News stories on pandemic related food insecurity zeroed in on the people, now out of work, waiting in line for food – which is a legit story – but not so much on the thousands of people, also thrown out of work, volunteering at food pantries – also a legit story. We know far more about struggling restaurants than we do the eateries who transformed their operations into food kitchens that provided the food that volunteers delivered to those shut-in.

Throughout the pandemic, we have focused our attention on those who deny CODID’s danger or existence and who flaunt public health measures. While hundreds of millions Americans followed lockdown guidelines, the media uncritically and disproportionately reported on a Republican-coordinated campaign against restrictions as if it was a mass movement, when, in fact, the initial protests rarely topped 1,000 people, did not grow exponentially, and were not maintained over the long haul. Similarly, we got news overkill on Ozark partiers, idiotic college students, and the “Don’t Tread On Me” crowd and no news cover of the hundreds of millions who quietly adopted pandemic protocols.

In natural or human made disasters or threats of disaster, the United States always has a reactionary presence to common sense safety precautions. News coverage of every hurricane or wildfire includes several major stories on people who would “ride out the storm,” even though these “freedom fighters” make up no more than 10% of those responding to a direct known threat to their safety. Interestingly, we tend to not hear about those who cannot flee danger and are left to survive or die – as what happened during Hurricane Katrina – until after disaster hits. Typically, the innocent victims of societal neglect outnumber the storm riders.

In all disasters, including this pandemic, we focus our attention on leadership. During Hurricane Katrina, President George Bush, FEMA director Michael “Brownie” Brown, and New Orleans Mayor Ray Nagin found the spotlight. What these leaders said and did (or failed to do) impacted how the disaster unfolded. With Katrina, the pandemic and other disasters, while we have the power to chose these leaders (who chose their deputies), we don’t control how they respond to crisis or how citizens react to their leaders’ responses. Our control lies in how we deal with what a leader and his followers say and do.

Donald Trump not only failed to responsibly react to the pandemic, he deliberately acted as an obstacle (great rundown of his failure here). Whenever Dr. Anthony Fauci issued a warning, suggested precautions, or reported on the virus, Donald Trump quickly countered him. Trump politicized, censored and obstructed public health agencies such as the National Institute of Health and the Center for Disease Control. Trump abandoned states and then mocked and undermined them if they adopted responsible (and often successful) mitigation measures. Trump lied about pretty much everything pandemic related, while pitching useless and insane “cures” as salvation. Trump was the engine behind the COVID conspiracy/denial protest “movement.” Finally, Trump modeled and encouraged irresponsible behavior, including staging mass gatherings that became “superspreader events.”

And, yet, despite (or because of) Donald Trump, hundreds of millions of people continued to do the right thing based on the information and examples provided by responsible leaders – nurses, doctors, public health officials, members of past presidential administrations, state and local leaders, and, even, Big Pharma. Yes, most of us complained, but complaining is part of our national character. Some of us bent the rules, but often out of economic desperation, not meat-headed defiance (as with the cases of many restaurants threatened by lockdown and little or no public assistance).

No question that the virus is deadly. It spreads easily and is difficult to contain. Still, given how most Americans responded to the pandemic, had the United States possessed national leadership on the level of New Zealand, Australia, Taiwan, or South Korea, 2020 would be rough, but not the deadly mess that we experienced. A responsible leader wouldn’t have solved the problem of the pandemic. Rather, she would have followed the science and encouraged our generosity, helpfulness, and compassion to greater heights. The denial crowd would have not have had the impact that it did. It would have been restricted to its natural role, that of a troublesome fringe. A responsible national response would have saved us a lot of lives, livelihoods, relationships, and anxiety.

Certainly, we must document the disaster, condemn the irresponsibility, and mourn the dead; however, we cannot ignore or undervalue what we did right. We cannot deny our acts of bravery, solidarity and compassion when dealing with the danger we faced. The army of people who dedicated themselves to making masks for others is far more important than the platoon of goons descending on state capitols to protest pandemic mitigation measures. The millions of people marching for social and racial justices – people from every caste of life – are far more powerful than the bad cops who murder those that they are tasked to “protect and serve.” The 81 million people who voted to end Donald Trump’s occupancy of the White House is far more consequential than the 74 million who chose more Trump.

When presented with a disaster, most of us acted commendably. When our actions were demeaned and obstructed, we responded with solidarity. When we were challenged to respond to the obvious murder of a Black man at the hands of a white cop, most of us rose up or supported those who did. When Trump attempted to go full-authoritarian in response to our protests, we shut him down. When given the opportunity to end the mad reign of a dull-witted bully, we voted to stop the madness. When the idiot tried to defy our will, we fought back, put him in a box, and left him to be sent back to Florida. And, during all this chaos, we comforted each other, kept informed, cheered each other on, learned about our history and politics, and started to own our democracy.

This year called 2020 was challenging, unique, ugly, and beautiful. We saw meanness and kindness, mass stupidity and great intelligence, corrupt sloth and honest effort, authoritarian madness and sane resistance. And, while some of our citizens certainly failed their “better angels” – either through ignorance or intent – some, if not most, of us harness the good that is in us and helped one another out.  See the whole picture, know what we did, honor the good, condemn the bad, and accept that 2020 was neither half-full nor a year half-empty: It was a year.