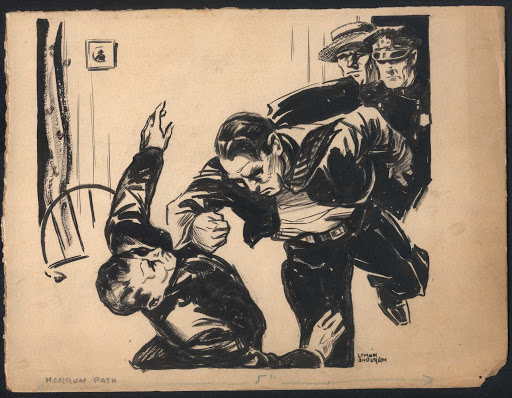 The Clown Car Coup is what a friend calls the bumbling spectacle that Donald Trump and Rudy Giuliani are engaging in. To what end? Obviously, the demented duo is driven by two constants: Greed and the hunger for attention. Beyond that, question marks. Trump has never been a man with a plan or at least a plan that he sticks to for longer than it takes him to feel a new appetite. And Rudy is, well, Rudy.

Because Trump and Rudy lack a coherent strategy and are incapable of anything meta-, we get shitshows – Rudy’s unhinged press conferences, Trump’s Twitter tantrums, Rudy’s unprepared court appearance, Trump’s incoherent rambling. We crane our necks and laugh at the crashing clown car, ignoring possible danger.

Rep. Andy Levin (D-Mich) warns, “My personal view of this is, yes, it’s pathetic, yes it’s ridiculous. However if you look at history, authoritarian and totalitarian regimes are born often when there’s some exit ramp out of democracy. And I’m sure a lot of the people involved at those times said, ‘Oh whatever, obviously they’re so completely breaking the rules that they’ll be stopped.’ But they aren’t.”

It is doubtful that Trump & Rudy’s clown car cruise will make it to the “exit ramp out of democracy,” let alone out of the Four Seasons Landscaping parking lot. Others, though, are sure to be using the bumbling attempts at subverting the election probe for weaknesses in our electoral system to find easily exploitable future openings, a probe that validates Levin’s concerns.

Today, most commentators are focused on how the Republican attack on the electoral process subverts “democratic norms.” They caution us about an illiberal right-wing, lacking critical thinking skills, hopped up on Adderall, conspiracy theory and violence will overwhelm the system, and intent on rule by will, not law. Without discounting the potential for danger from the populist right, lack of coherent strategy beyond retweeting Trump and “owning the libs,” currently the right-wing threat takes form in stubborn denial (COVID, climate crisis, etc.) and sporadic violence. Of far more concern are the political operatives quietly watching the clown car pass by, taking notes on what they observe.

Stacey Abrams and her hard-fighting team of allies built a 12,000-vote Biden win of Georgia. Through smart organizing over the last four years, they engaged would-be voters and got them to put walk in their talk. Georgia politicos know Abrams to be an intelligent, strategic, serious force who does not tolerate sloppiness or leave anything to chance. Even Georgia Republicans understand this – particularly Secretary of State Brad Raffensperger, who has been vocal about his unwillingness to subvert the election to please Trump and enable authoritarianism. We praise Raffensperger for doing his job, while the autocratic notetakers scribble furiously.

Over the past few weeks, the notetakers have found that,

The notetakers compile the names of state elections commissioners, state legislators, and county election officials who have refused to betray their duty to democracy for an authoritarian power grab by the president and many in his political party.  They’ve taken notes on state constitutions and local election rules: “Wisconsin state legislature no role in certification – by law,” “AZ counties must certify by deadline, no wiggle room,” “No clear path to not certify Michigan.”

After comparing notes, these silent operatives conclude that Brad Raffensperger is the “wrong person” for the job of Georgia Secretary of State. Same goes with any Secretary of State or Republican state or county elected officals who refuse to join the Clown Car Coup. They’ve noted when each official is up for election. They scan the names of the appointed officials and how they were appointed.

The final report outlines what laws must be changed to make it easier to politicize election certification. It examines how voters traditionally have little to no knowledge about “down ballot” candidates like Secretary of State and County Registrar of Voters. They note that appointments to election commissions and boards of canvassers often receive no public scrutiny and how easy it is to appoint political operatives to non-partisan election boards. They cite the example of how Georgia’s former Secretary of State Brian Kemp allegedly abused his office to secure himself the governorship.

In summary, they emphasize that future elections provide a great opportunity to exploit openings in the electoral system that could politicize the post-election process of vote counting and certification, as well as voter registration and maintenance of the voter rolls. Traditionally non-partisan elected offices can be easily won by highly partisan, stealth candidates. Few would notice salting appointed positions with political operatives. If state legislatures can gerrymander election districts and enact voter suppression legislation, they can certainly fuss with laws regarding election certification. Conclusion: Now is the time to organize; 2022 is the time to strike.

To be clear, the notetakers I write about are my invention; however, be confident that smart, ambitious Republican political operatives are looking at the Clown Car Coup, mulling over everything outlined above. We do have tremendous weaknesses in our electoral system, especially post-election accounting. All the offices that oversee elections can be easily exploited for anti-democratic purposes. The Republican Party has embraced authoritarianism and the idea that the ends justify the means. Many voters are ignorant of down ballot candidates. Few citizens scrutinize political appointments to obscure boards and commissions.

All the ingredients for an above-board, legal dismantling of free elections and democracy are ready to be acted on. A competently-run organized mass campaign to capture the post-election process is waiting to happen. Are those who want to preserve free elections and strengthen democracy willing to organize against this coming assault?