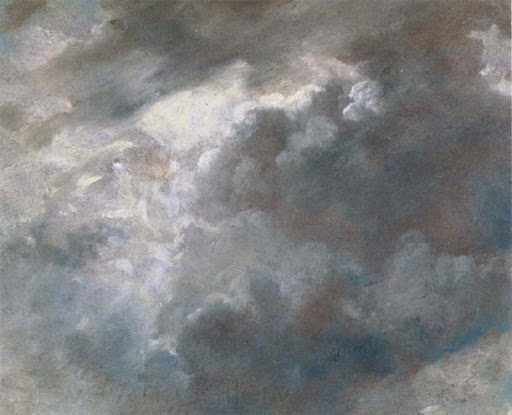 So here we are a week into federal unemployment extensions lapsing and other help stalled, and nothing. The media is still both-sides-ing this thing, a line that is getting repeated on social media. People who should know better complain, “Why don’t the Democrats make a deal?

Listen: The Democrats are trying. Pelosi had a deal ready to go in May. McConnell didn’t think the House plan was worth considering, so he didn’t bother with it. He went on vacation, came back to Washington, went away again, and stalled. Last week with the deadline fast approaching, he decided to “get to work” on COVID relief. And then he took another break. Yesterday, he said what he has been saying for a while, that because he has 20 members of his caucus that will not pass anything, people will be unhappy and he really doesn’t want to make his Republicans sad or mad. Hrmph.

Let’s be real. McConnell has 53 Republicans in his caucus. Subtract the 20 holdouts and there are 33 Yes votes, which, combined with 47 Dem caucus votes, means that A RELIEF BILL PASSES. Call me a bit slow, but I am starting to suspect that McConnell doesn’t want to pass anything. I don’t know why. I don’t know where compassion level is. I don’t know what he is thinking politically. I don’t know and I don’t care. I do know that he has to power to get this thing done and that is not happening.

Because McConnell won’t deal, Pelosi and Schumer have to sit down with the White House, not Trump, because Trump won’t sit down. They are “negotiating” with Mnuchin and Kudlow, who keep switching up their demands. They aren’t negotiating towards the middle. They introduce new stuff that they know is unacceptable. They take out stuff that they know is needed. Every day, their preconditions and demands change. They go to the media and claim that the Democrats don’t want a deal. The press reports Mnuchin and Kudlow as if they are straight shooters. Pelosi and Schumer leave Monday, come back Tuesday, and nothing is where it was at the end of Monday. There is no consistency from the White House. It is like Trump’s team, like McConnell, aren’t serious about this at all.

Meanwhile, Trump is making noise that he will bail out the country himself – and he is having his legal beagles sniff around to see if he can do that. UC Berkeley law prof and torture memo author John Yoo says that Trump can do anything he wants. Sane people say, “No way Yoo. You are insane.” Forget Yoo and his nonsense. It is easy to figure out what is going on. Trump is no political master. He is very easy to read.

The goal with McConnell and the White House is to stall this thing until we are desperate for anything, while figure out how to cover Trump’s bailout legally. Once they decide everything is legally legit on their end, Trump steps up with a half-assed extension, one that is not sufficient but “better than nothing” and we once again accept it like the whipped animals we’ve been conditioned to be. Trump bumbles around declaring himself the hero and his Fox pals throw him a TV parade. That is, if they can pull this off.

One of the things that the Trump legal team is looking at how Trump can legally extend aid, especially how he can legally scrape up the money to do fund an extension. Even if he decreases the supplement to $200 or $400, we are still talking billions, billions that Trump must find to spend. You see, the Constitution give Congress “power of the purse.” The framers gave Congress sole power to allocate money to prevent a president from consolidating power. If spending was in the hands of the president, then the president could do whatever he/she wanted. They could start wars knowing that they could fund their own wars. They could shell out money to favored states, like Trump does with PPEs. They could throw around money come election time in an attempt to buy their office. So, while presidents can veto budgets (but not budget items) and fuss with spending, they can’t create spending streams or use the budget to buy loyalty and votes.

This battle with Trump and spending is not new. We’ve been here before, with the Wall. Trump tried to get Wall money through Congress. Didn’t happen. Tried and tried. Stupidly, turned down a couple deals, claiming it wasn’t enough (the DACA/Wall deal was probably nixed by Stephen Miller appealing to Trump’s ego). Trump never got the Wall money he wanted, so he raided the Pentagon budget. Extreme? Sure, but once Trump claimed that the Wall was for “national security,” his legal ass was covered. He is commander in chief tasked with defending the country. A “strong border” is seen as essential to national security, so while “national security” excuse might be bullshit, the justification falls in line with what the commander in chief and the Department of Defense is about, or so said the courts.

Where’s Trump’s angle on COVID-relief? Is COVID finally a “national health emergency”? Is there a legal justification in dealing with this emergency that allows Trump to dodge Congress? Or will Trump have to raid other department’s budgets? Who does he hit? The NIH? CDC? Those agencies deal with health, not employment or the economy? Treasury, Labor, Homeland Security? These are the questions Trump’s people must answer before they give Trump the green light to use COVID relief as a cheap campaign ploy, one where Trump is the hero and the “Do-nothing Democrats” are the villains. But to pull this off they need to make sure that they have their legal shit wrapped tight, because if Trump tries this stunt, it will go to court. Someone will challenge it.

Now, we have a roll to play in this farce: We must stand strong on what we want and not fall for the Republican con. We must back the Democrats and their modest demands that the $600 is extended until the end of the year. That not only will help the unemployed but it is essential for containing the virus and keeping the economy from a total tank.

Remember that we went with increased unemployment benefits not just to help the unemployed get by. The payments were to ensure that people stayed out of the work place and didn’t gather in crowds in public, allowing the virus to easily spread. The payments were enough to pay the bills and keep us spending at the businesses that were open. The PPP was supposed to keep businesses afloat, not open, so that they could keep workers on payroll, off unemployment, but on their employer-based healthcare plans. The aid was supposed to be a bridge to use until we got past this, not some “Okay, we threw some money at it, times up! Let’s go!”

And, yes, some of us made a little more with the $600 than we would have working our regular job, but, trust me, no one is getting rich here. The extra $600 a week comes to $2,400 a month. Add the $800 or so per month some of us receive in state unemployment and we are talking $38,400 a year (many are taking in less than that). That is not $38,800 a year plus medical and benefits. Oh no no no no.  Those on unemployment do not get benefits and, if you are laid off or even furloughed, medical insurance is totally out of pocket. Also, unemployment payments are taxed, which means that of that $38,400/year, $5,000 is going to the government. This piddling amount of cash is what Mnuchin, Kudlow, Trump, McConnell and other very very very rich men are saying is too generous and a disincentive for the unemployed to “get back to work.”

Oh, and this line about unemployed workers on unemployment refusing work because of increased payments? Bullshit. Every time someone on unemployment has to certify to keep getting paid, there is a box that they must check that says something like “Were you offered work and declined?” If you check the Yes box, guess what? No unemployment for you! And if your boss asks if you want to go back to work and you say “No,” they have to report it. No unemployment for you! The system is designed to weed out moochers. Because the Rich Men have never worked a wage job where they might have had to tap into unemployment, they don’t know this, and if they did, they don’t care.

Don’t buy the Republican’s cons. Don’t repeat their lines about Democrats not willing to deal or that people are mooching off they system or that it is the virus vs. the economy. When we repeat the GOP’s talking points, we don’t just help the Republicans in this extension fight. Parroting their words advances the White House’s whole narrative on COVID. Know that if the Democrats aren’t making a deal, it is not “playing politics” or rejecting “bipartisanship,” accusations Republicans have used for decades against Democrats to get Democrats to compromise or give up.

The Democrats do not deal because the Republicans are so fractured that there is no deal to be made, because the Republicans are playing games to buy time for Trump, and/or because the deals that Trump and the Republicans are offering are so bad that even if there is a small short term gain, what the Democrats have to give up screws us hard in the long term. If you have paid attention to Republican hardball politics over the last 40 years, the bad faith negotiation they engage in, and the routine games of chicken that they force when they play “government shut down” all of this should be obvious. If you are blind to this and/or continue to wallow in cynicism and denial, I’d like to talk to you about a business proposition….