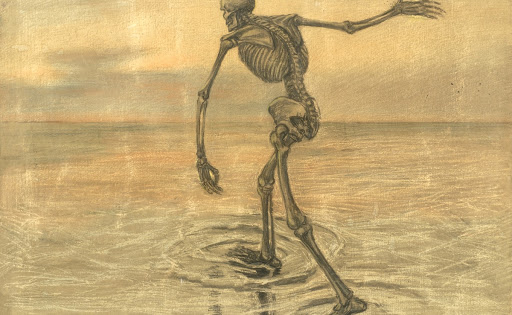 Herman Cain died of complications due to COVID. A right-wing businessman and supporter of Donald Trump, Cain was an early COVID-denialist and was against wearing face masks. He didn’t just pooh-pooh face masks, he made strong statements in support of hardcore face mask haters. He also refused to wear one, including at Trump’s Tulsa rally, a “super-spreader” event responsible for passing the virus onto many people, perhaps including Cain.

Given Cain’s COVID denialism, his death by COVID is the equivalent of a drunk who snatches the keys back from a friend, gets behind the wheel and wraps his car around a telephone pole. Given that he was a “respected” public figure with half a million Twitter followers, regular spots on Fox, and a pretty substantial soap box, his COVID denialism and his actions are like a serial drunk driver who makes public statements encouraging driving drunk.

He not only put himself at risk with his denial and others in peril because he refused to wear a mask, his public stance on COVID endangered others. No doubt, others will die directly or indirectly thanks to Herman Cain’s irresponsible behavior.

Listen, if this was some everyday guy with 500 Facebook friends who talks shit on social media about masks, catches the virus and dies, I’d keep silent, pitying the guy for his gullibility and feeling sorry for him and his family. Herman Cain was not some everyday guy. He was a very wealthy, well-educated, respected man. He ran a successful company and was in the Federal Reserve. He ran for president and was a big Republican donor. He had power and influence. Rather than use it for good, he dedicated his life to making money and empowering the rich and already powerful. AND in a time of crisis, when he could have helped or just stayed silent, he chose to play politics with a virus, using his influence to expose other people to the disease.

Unfortunately for Cain and those who followed him, the virus doesn’t give a fuck that he was rich, powerful, influential, and a good friend and supporter of Donald Trump. All the virus cared about that he was a warm body, which is now cold thanks to the man’s craven irresponsibility. Hopefully, his friends and fans will take note of his fate and stop their selfish, idiotic campaign against health and common sense. If Trump reacts to his “good friend’s” death by doing the minimal a president should do in a crisis like this, perhaps Cain’s death will bring about something positive. I welcome that possibility however remote it is.