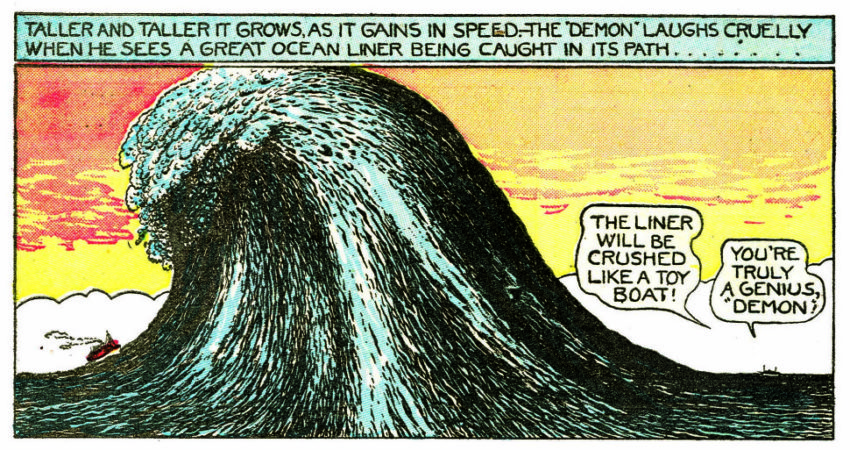 First wave. We are in the first wave of the coronavirus, still climbing the crest. If things “go good” we might ride the crest in July, until then it is more bad. A new Center for Disease Control (CDC) document states that May will be crueler than April. From Talking Points Memo,

The document says that new cases will grow to a rate of around 225,000 per day by June 1, and that deaths will reach around 3,000 per day by the same date.

There are currently around 25,000 new cases each day in the United States, and around 2,000 deaths each day.

The White House tells us not to look too hard at these numbers, that the CDC report still needs to be vetted by the administration and it’s Coronavirus Task Force, the same task force whose pressers were turned over to President Trump to use as a campaign rallies, the same gang that serves as a propaganda filter between health officials and the press.

Do we take the White House’s lead and trust Trump with the numbers? And what are Trump’s numbers on the sick and the dead? Don’t know. His numbers shift day by day, sometimes within hours. Whether this is due to Trump’s lack of attention, imagination, suggestibility, inability to retain information, wishful thinking, deceit or a combo of some or all of the above is secondary to Trump’s constant “moving the goal posts.” Trump also accepts and then disputes numbers issued by his own administration. Every set of Trump numbers is unreliable.

If Trump can’t be trusted on numbers, no reason to trust his mouthpiece/advisers at Fox News. Fox and others have carried on a long running campaign to dispute official numbers. The Washington Post reports,

[Fox and Trump allies push] the idea that the official death toll from the coronavirus is being inflated. They use the argument to suggest, as Trump has, that outbreak is being politically weaponized against him. They also use it to argue for a swifter reopening of the economy.

This, when there is plenty of evidence – uneven reporting to outright fraud by states – to suggest that the official numbers are an undercount of the sick and the dead.

Meanwhile, the “Open Our Country” astroturf protests are ongoing. The mainstream media covers these things as if they are major events, even though the “protesters” represent a sliver of the population and are fronted by fringe characters from the anti-vaxx crowd, state militia cosplayers, and traveling fixtures of the far and racist right. These events, supported by Trump, have given cover for states to “reopen” business or to relax already lacking health guidelines. And, it’s not just reopening.

According to WSYX Columbus,

[Ohio] is now asking employers to report those workers who refuse to return to work. The Department reporting that Ohio law prohibits people from receiving unemployment benefits if they refuse to accept employment offers or quit without good cause. The department indicating employers need to let them know if an employee refuses to return to work, ODJFS will decide if they are still eligible for unemployment.

Understand that Ohio Governor Mike DeWine (R) has generally done a good job and gets high marks from voters. Also understand that things are getting worse in Ohio, that DeWine is critical of the “protesters,” that Ohio is lifting restrictions, that DeWine is engaged in a numbers game himself, and that ordering people back to work when chances to exposure to the virus is high is pretty damn close to serfdom.

Oh, and also understand that Ohio is one of the states climbing the wave as it builds towards June. On Monday’s Newshour host Judy Woodruff asked ace award-winning medical reporter Laurie Garrett about the CDC numbers predicting 200,000 new cases a day. Garrett answered,

And it’s basically — if you look at the distribution that they are imagining, it’s really the Prairie states, the sort of Mississippi Valley, and the Deep South states.

And it seems, I think — though we don’t have access to the raw data that they are working with, but it does seem to coincide with these outbreaks that have been occurring inside of meatpacking plants, nursing homes, Veterans Administration hospitals, that have claimed large numbers of workers in those facilities, but haven’t yet generalized into the larger community.

And I think they’re projecting that there will be generalization, that a typical — an infected meatpacker, for example, might then infect their family members, some of those family members may infect local storekeepers, and so on.

So I think they’re imagining a pretty explosive set of growths, all in fairly small remote areas, and, in many cases, rural counties.

Garrett emphasizes that the states that have put in place mitigation measures and are generally sticking to them will be spared heavy numbers going into the summer. She also has some advice to the “Open for Business” states:

Well, I think, at this point, if I were the governor of any of these states that is projected to see significant increases, I would be ordering a lot of testing that is targeted to give me some policy guidance.

I would test in meatpacking plants. I would test in school settings, if there are schools still open, every nursing home, every assisted living center, any place where I still have people co-housed, Veterans Administration centers.

And I would want to know, do I have a trend day by day that shows increased transmission? And, if I do, then that is a targeted community. That is where I direct my resources. I have to solve this problem immediately.

Ah, testing! As John Oliver pointed out on Last Week Tonight, lots of talk about “testing testing testing,” lots of fake numbers from Trump on testing, but we still are sorely behind on testing. We are behind because we still don’t have widespread availability of tests, are lacking key supplies to do the tests, or know what the test results mean. Ummm…something else you need to know: Most of those antibody tests you can do at home?  They are total crap. Thank Donald Trump for all that.

Fortunately, the public is not tuning out the coronavirus. No: Poll after poll says that most of us take the virus very seriously. We are very tuned in on the virus. What we tune out is Trump. His overall approval is underwater. His approval on handling the pandemic is underwater. People don’t trust him. People trust Anthony Fauci and the governors who are out in front on mitigation. Support for stay-at-home orders, social distancing, and masks in public is solid – bopping between 75% and 80%. Even a majority of Republicans support an aggressive approach. Most of the country do not want restrictions lifted, do not want to go back to work, and do not want non-essential businesses open. The public is even down on gun stores opening. According to a Washington Post/University of Maryland poll, only 29% of the country believes gun stores should be open.

Yesterday, a friend wrote me, distressed over the future. He couldn’t see the light of the people in the darkness of the pandemic. That is understandable. I just spent much of this piece writing about how bad things could get and how absent and deceitful Trump and his allies have been. Everyday we get a body count and it keeps going up. The news of the last two weeks has been full of protests. The coverage suggests that the protests are major, when, in fact, they are relatively small, staged, and fringe.

What my friend isn’t seeing is the “silent majority” of people who do their part by staying inside. We do not focus on people on the street who wear masks, only the few who do not. If we were reckless enough to protest over all of Trump’s fuck ups, we’d cram every major city (and plenty of minor ones). We’d outnumber the rent-a-mob 1,000 to 1, at least.

One thing you learn traveling abroad is that, mostly, no matter how much an American president is loathed, your host will not mistake you for a Reagan, Bush, or Trump. They know that we are not our “leaders.” They judge us as they should, on what we do in reaction to our president’s bad acts and how we respond, as people, to a crisis. We, the people, are doing pretty good, especially considering how the White House has failed us. We cannot let Trump’s anti-leadership or the theater and criminality of a small minority of people discourage us. We are still in the first wave of this pandemic. We need to keep on keepin’ on.

1 thought on “We Are Still Riding The First Wave. Let’s Keep On Keepin’ On.”