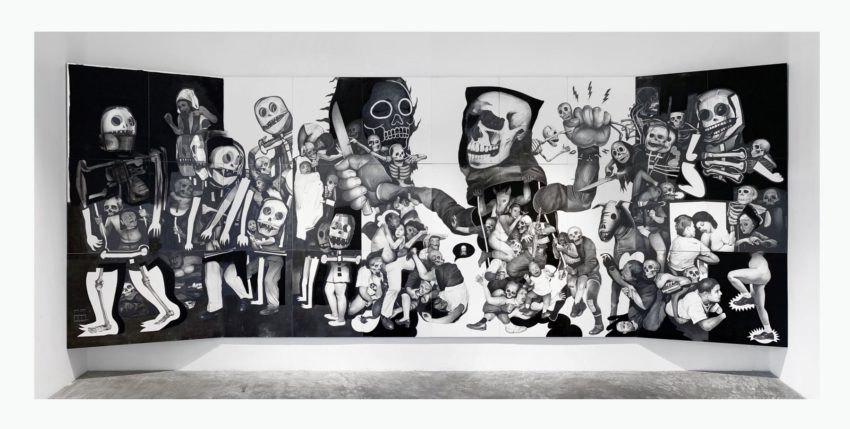 Over the past month, some American conservatives have been pimping the Swedish model for fighting COVID-19. Unlike most of Europe, the Swedes have not instituted shelter-in-place orders or closed non-essential businesses. The government has issued a set of guidance on physical distancing and basic hygiene and, as far as directives are concerned, that is that.

The Swedes are not concerned people being exposed to the virus because that is the point. They are hoping that by getting people out and about, they will quickly develop herd immunity – a concept based on the notion that once you get the virus you won’t get it again, something that we don’t know is true.

In theory, the Swedish model sounds great. If it works, Sweden spares itself the economic hurt, while riding it the virus out with minimal deaths. But, in reality, there are a few problems. Vox reports that contrary to claims by the Swedish government and reporting in the New York Times among other places, “Sweden is actually faring worse than other Scandinavian nations and even worse than the United States, which has the highest number of confirmed total cases in the world.”

Vox is not alone in reporting that the stats don’t support Sweden’s claim that success is on the horizon. CNN also cites Sweden’s growing body count. The Sydney Morning Herald questions whether Sweden’s gamble with COVID is worth the price in lives. Bloomberg (via the Washington Post) pushes back against the idea that Sweden created a miracle. Time warns that the Swedish model might be “backfiring.”  National Geographic points out that only a relatively small number of Swedes benefit from their herd immunity model. And some Swedes are also being cautious in claiming success.

One of the reason for the initial raving about Sweden and the later criticism is that Sweden has only recently begun to ramp up its testing. As we know in the U.S., if you don’t test, you can keep the numbers artificially low and cite those fake numbers in your re-election campaign.

Then there is the question as to whether the United States can adopt the Swedish model. The Swedes themselves say, “Wait a minute.” Let’s hear from Lars Trägårdh, a history professor at Ersta Sköndal Bräcke University College in Sweden,

It is interesting to see that the Swedish stress on what we call ‘freedom under responsibility‘ is getting picked up by the libertarian right in the U.S. The big problem with all of that is that Sweden is all built, ultimately, on a very strong alliance between the state and the individual.

Or to state the obvious, Sweden is a welfare state with a strong social safety net that includes a universal health care system and means to pay people to stay home when they are sick. The United States has none of that, and, ironically, the whole system that makes it possible for the Swedes to experiment with herd immunity is an anathema to American conservatives.

Hell, the folks at Goldman Sachs tell Americans to keep it in their pants,

We conclude that Sweden is not particularly suited as a reference point for the coronavirus response of other countries, as our analysis suggests that lower infection rate is likely to reflect in part less testing, while demographic and health-care factors may help explain the fatality rate. In our view, the Swedish experience therefore cannot be extrapolated to support a swift reopening elsewhere. That said, our analysis suggests that Germany could be in a better position to lift containment measures than southern Europe.

But even with a robust welfare state and ample government spending, Swedish doctors are bracing for an onslaught and what they see is not good. Dr. Maria Furberg tells Medpage Today,

[The system] has been under heavy pressure for several weeks now but I do not [believe] that it has been overwhelmed as of yet … though it has been close. I believe perseverance will become an increasing problem if the pressure will not decrease soon, however.

Furberg is not alone:

Mozhu Ding, PhD, an epidemiologist at the Karolinska Institute, said that while the system isn’t overwhelmed and there’s excess capacity due to a field hospital set up in the Stockholm Exhibition Center, “the situation is not improving and there are concerns of not enough personal protective equipment [PPE] and health professionals.“

There’s also the 22 Swedish physicians, clinicians, and medical researchers who say that Sweden is screwing the pooch.

Lastly, the absolutely last thing you do in a crisis is switch up in what you are doing, especially if what you are doing is working. Certainly, the COVID situation in the United States is troubling, but that is not because aggressive mitigation has failed to “flatten the curve.” Regions that hopped on COVID earlier, like the San Francisco Bay Area and Washington state, see lower rates of infection and death than other parts of the country. And, as I reported this morning, those states that failed to act, were late in acting, or are easing restrictions too much too soon will see the wave of death rise.

On a related note, there’s this from Charles Pierce.