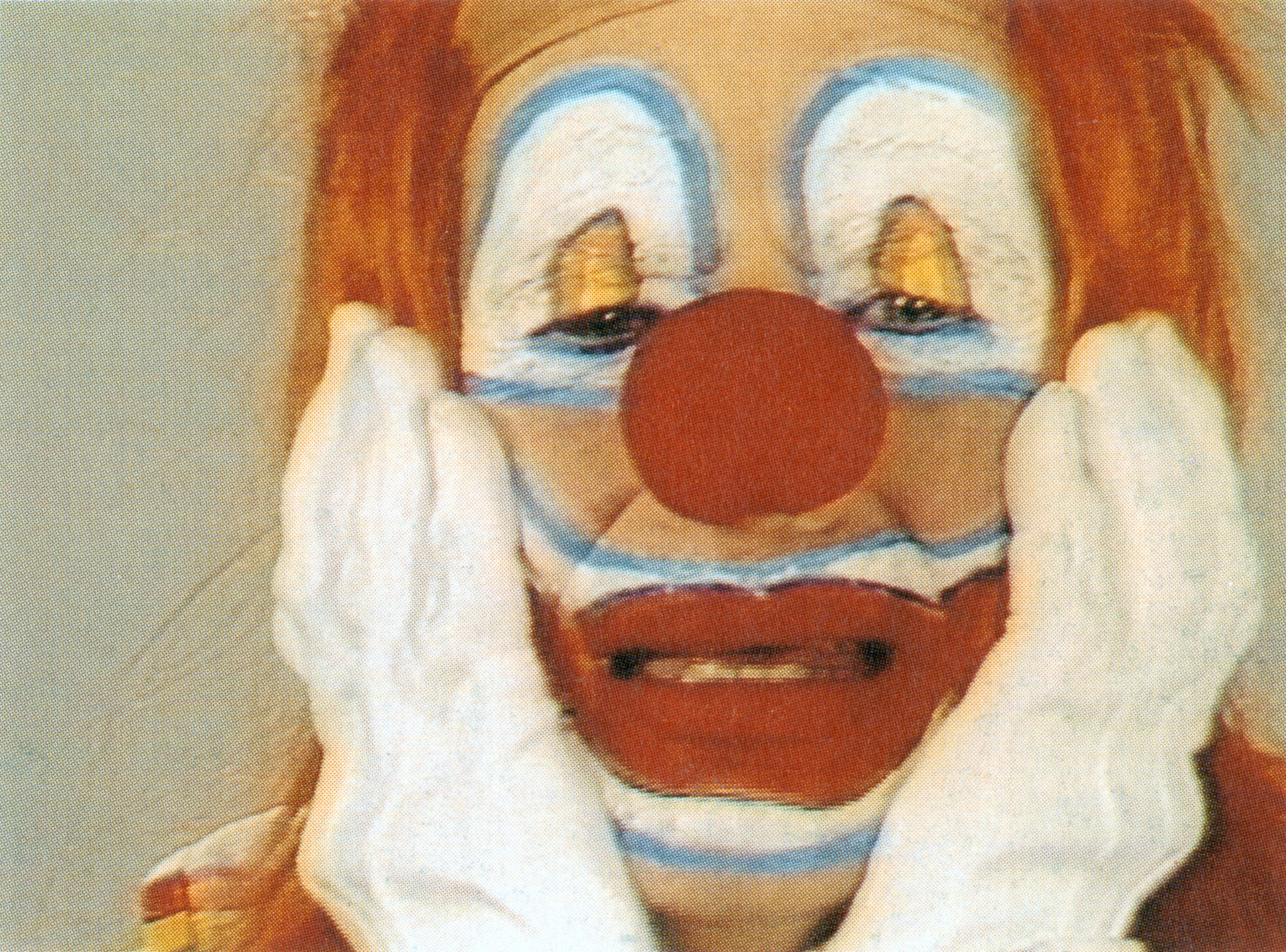 So, we know that the “Open Our Country” “protests” are being organized by pro-Trump operatives and the attendees are diehard Trumpies, anti-vaxxers, fascists, and militia. If these look like fringe events, it is because they are. The events draw people in the tens and hundreds.  Only 23% of the country supports the “protests.” Fewer people support the protests than are unsure about or oppose “shutdowns” (around 30%) or support Trump (low 40%s). Worse for Trump; Washington Post reports that only 7% of the public support Trump’s encouragement of the “protests.” Even among Republicans, support for Trump cheer-leading is low – 13%.

Two takeaways here: First, stop worrying about these “protests” as political events. Identify them for what they are. Expose them and spread the word. Don’t be an unfiltered megaphone for their message. When they try to con us, push back. Respond smart and hard enough, you help assert a sane reality, as well as shift public opinion. The reason only 23% of the public support the protests and only 7% back Trump’s cheer-leading is because people stand up and call bullshit.

Second: Knock off the Trump as a political or strategic genius. A smart politician doesn’t see a crowd holding signs with his name on it, get so excited that he runs toward the mob with a smile of his face and his dick in the wind. A half-dumb moron would check the temperature outside before he took to streaking. “Only 23 degrees of support out there? Oh no…” But, here’s Trump, a lumbering orange mass, two tiny paws desperately clutching at his wee, stumped by the collision of tiny fingers with vast belly, waddling towards a crowd of white power freaks, cosplay warriors, and the “MEEEEZILLLS IS A HOAX” gang, squealing “LIBERATE!”

No one is born with political instincts. Instincts are honed and skills are developed over time and through much failure, especially failure that entails risk. While Trump has met failure in his life, it is not something that has seemed to inform him beyond, “I better use some Tic Tacs just in case I start kissing her…I just start kissing them. It’s like a magnet. Just kiss. I don’t even wait. And when you’re a star, they let you do it. You can do anything… Grab ’em by the pussy. You can do anything.” Trump’s small back of tricks is limited to flattery, lying, wearing people down, and having lawyers clean up the mess.

Trump’s biggest successes come from him acting on someone else’s idea (certainly not his own). His biggest wins – Art of the Deal, The Apprentice, and the White House – were other people’s productions. Trump showed up and acted on cue while others did the real work. You really think that Trump figured out Hillary Clinton’s electoral college vulnerability? C’mon! To do that Trump would have to know 1) The names of all 50 states and 2) Math, also what the electoral college is and how it works.

Trump’s contribution to his win was saying “Whatever it takes, Steve. Okay, Kellyanne.” And you know that in order to get Trump to listen, Bannon and Conway had to play politics on their boss. Had Trump been really involved in his political success, he’d have learned something from his campaign beyond “Hold rally, get cheers, get big cheer, say it again.”

At the beginning of Trump’s reign, there was lots of talk about how the guy is a political natural, a master communicator, and a strategic genius. The Trump delusion wasn’t exclusive to Trumpies, but active in the media and among Democrats and the Left. America was compensating, trying to figure out how such an obvious bozo, a person with no moral center or intellectual chops, a racist and misogynist and plain miserable person, could be president of our country. If electing Obama made us good, smart people, how do we explain Trump? Are we really that stupid? Perhaps Trump is a genius. Maybe he pulled on over on us! Uh no.

Unfortunately, our bad practice of instant analysis doesn’t allow for the time it takes to do a deep autopsy, so we go with simple explanations such as “Trump genius” and, soon, that becomes conventional wisdom. We defer to that “wisdom” and make excuses for Dear Leader (and ourselves). Trump says something outrageously stupid and everyone spins: Trump is telling it like it is, Trump is speaking for the common man, Trump is playing 4-D chess, Trump is owning the libs, Trump is distracting, Trump is gaslighting…or, maybe, we put on the glasses and admit that Trump is a dumbass.

A day after the president recommended that people inject disinfectant and roast themselves with ultraviolet rays, it is obvious that Trump is an idiot, but for over three years, many people fought that conclusion. All that time wasted debating Trump’s intelligence and strategic competence! All the behind-the-scenes exposes of Trump as erratic, uninterested, inept, narcissistic, overly sensitive, chaotic, deluded, lazy, incompetent, dull, aliterate and very much over his head! Really, it isn’t like we didn’t know this.

Our refusal to name Trump as Trump is denial. For some, denial is inward, there to protect ourselves from needless self-recrimination. For others, denial is cynically projected outward, a con to convince us to bow or back off. And, for a select group, the denial is aimed at Trump and themselves, a combination of cynicism and self-preservation, greed and self-delusion – or – sickly syrup smothers on a buffet of shit sandwich.

And now we’re here. Nearly five months into one of the major crisis’ in American history and we are in a very bad place because Donald Trump is the president of the United States. I am not going to waste time running down every Trump screw up. Instead, I will go over what should have happened:

November 2019, the president got briefed on a new virus in China. China tried to hide the outbreak but were unsuccessful. The US had early information because it has a fully functioning State Department, with a healthy diplomatic corp. Because the president has a civil relationship with American intelligence agencies, as well as those in other countries, the US got a lot of intell. The president also received information from several international pandemic task forces. When she got reports, she read them, every word. She has a notebook full of questions, which she asked experts, scientists, and medical officers. She listened to the people she consulted and came up with a well-researched plan which was vetted through multiple agencies and pools of experts.

By Christmas, the president had talked to everyone she needed to talk to at the NIH, CDC, WHO, UN, UNESCO, EU, and NATO. She’d spent hours on the phone with the leaders of China, South Korea, Taiwan, and Hong Kong. She’d sent scientists and medical officers to China to see what they could learn while helping. God knows, how many conference calls she held with the governors and mayors of major American cities. Let’s assume that she talked to every governor more than once, not caring if they were from red or blue states, and not outsourcing her responsibility to a cabinet official.

By the first of the year, the Treasury Department had projections on the economy for the president, as well as plans on how to deal with whatever economic impact the virus might have. The Departments of Labor, Education, and Transportation also had paper for the prez. The president met with the FBI and law enforcement, the head of the National Guard, pretty much anyone who would have to deal with mitigation orders or civil unrest. Congress had already started fighting over money.

All this advanced planning and intel meant that the US and the world had a cheap, fast, mass produced virus test. They also had an international strategy of how to contain, mitigate and defeat the virus. No blame game, no scapegoating, no xenophobia – just an internationally determined effort to save ourselves. Mass testing was done on a global scale.

Limiting the virus’ transmission in Asia, tempered its spread in Oceana, Central Asia, the Middle East and Europe. This international effort meant that the US would not be hit hard with cases that originated from people who traveled abroad. No draconian, immigration restrictions were needed. No bigoted name-calling resulting in unequal treatment. Everyone who passed through an airport and other ports of entry was screened, tested, and, if need be, quarantined. Shipment coming into the country were disinfected.

Of course, the virus would hit the US, but we would be prepared. Because the president was transparent, honest and informative early on, no one was surprised by what was happening. We understood what needed to be done. Sure, there were some crazies and idiots who played conspiracy and denial, but they didn’t have a voice or a mouthpiece in the White House.

When shelter-in-place orders were needed, they were issued and we were prepared. Yeah, some folks went overboard on toilet paper and others tried to profiteer. We had social distancing and lines and boredom and zoom and too much time with the same people and the inevitable surrender to season one of The Office but we were not taken by surprise. The federal, state, and local governments had a national plan and separate plans for each state and locality…and everyone knew what everyone else was doing. And we knew what everyone else was doing.

We’d still take an economic hit and Congress would fight over aid, subsidies, and bailouts. Different president, sure, but our system being what it is, there would be glitches and people would be left out. Care would be uneven and some people would take a hit health-wise or in the wallet. There would be uncertainty. However, we wouldn’t be staring into a stinking dark hole of “My god, what more?”

Perhaps all this preparation and execution meant that March was the hard month. April was the month that we started our post-corona-crisis life. We still practiced mitigation but more as a way-of-life-until-the-vaccine-comes than a panicked run for the exit. International cooperation and research also helped figure out how to go forward. By May, we’ve settled into our new normal. The president had high marks for guiding us through the crisis and pretty much was guaranteed four more years. And when COVID-21 hit, everyone would know what to do and we’d tackle that tart toot-sweet.

There is nothing partisan about what I just laid down.  Any president of the last 100 years would have done this, including George H.W. Bush. I struggle to think of an also-ran who wouldn’t have been successful. Hell, I’d bet that President Sarah Palin, in power after the untimely death of President McCain, would more-or-less pull things off. And, while there would be screw ups, Democrat or Republican, the president would have done her job.

Because, really, that is all it is about: The president doing the job they were elected to do. That is not Trump. It never was Trump. It wasn’t Trump the few times he sounded “presidential” or when he was the bigoted asshole backing Nazis. It isn’t Trump now. And we shouldn’t be surprised. The Trump we have now is the Trump that was advertised. He is the Donald Trump Spy magazine skewed in the 1980s, the racist, sexist tabloid clown of the 1990s, the bad actor playing businessman of the 2000s, and the president that we have now. The lying, abusive, floundering fool that we see every evening is the man that Trump is, a man not doing the job he was hired to do. Twenty-fifth Amendment or a November defeat, past time to say, “You’re fired!”