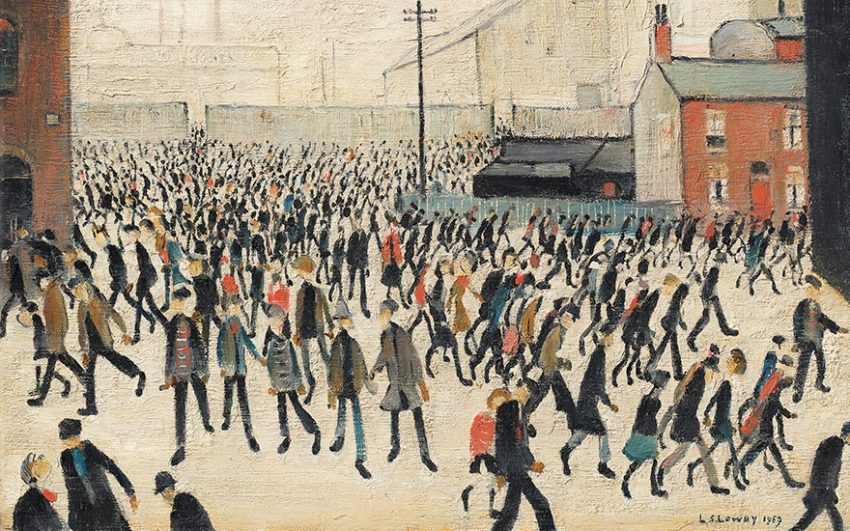 We hear a lot about the urban/rural divide and commentary about the divide is nearly always framed as if this is some naturally occurring phenomenon that divides half the population against the other half. The reality is this:

About 27% of the US population lives in urban areas and 21% live in rural communities. The remaining 52% live in suburbs. That’s not all. Almost 50% of those living in the suburbs live no more than 10 miles from an urban area. We are talking places like the Philly suburbs we read so much about.

These suburban voters are a 10-minute car ride from a city, are served by urban-based local news sources, and are full of kids who go to high schools that interact with urban schools in athletic and extracurricular competition and parents who mostly work in the nearest urban area.  If we are talking about where people live, there is far less that separates these suburban voters from urban voters than suburban voters from those who live rural. And that other 50% of suburban dwellers who don’t live within 10 miles of an urban area? It’s not like these people are out in the country. Most of these folks live within 25 miles of a city (these areas are often referred to a “exburbs”).

Also, what is rural gets a little dicey when one zooms in on the map. While some rural areas are out in the sticks, other rural small towns form a chain of towns that link to an urban area. Also, what geographers consider rural is not exactly what you or I might. While Hawaii is a unique state, it is a good example of how confusing identifying urban/rural can be to average people.

If you’ve visited Oahu, you know that Honolulu is definitely an urban area. In fact, the dense area up the freeway on the way to North Shore (where the army base is), and the Obama side of the island, on the east side over the hill is considered urban Honolulu. The North Shore and the populated area on the leeward side of the island, starting with the shrimp trucks going a few miles south are identified as “urban clusters.” Rural areas are that strip between North Shore and the leeward side, and the leeward and the Obama sides.

It gets even more confusing. If you’ve cruised around Oahu, you know that there is no one place that is far away from another. The trip from urban to rural can be no little than a 15-minute drive, less when you are talking urban clusters and rural. Really, there is more of a divide between Native Hawaiians, Hawaii-born non-natives, and mainland-born residents than those who live in urban or rural areas (with the possible exception on views on development).

Again, while this is Hawaii, it does translate to the mainland. Looking at the 2016 and 2020 election, the rural/urban divide seems to be far less important than race, gender, and level of education. A white male high school graduate in an exburb is as likely to vote Trump as a white make high school grad in a rural area.

These voters don’t just share similar identity, they have adopted a “rural mindset,” though calling Trump/right-wing opinion “rural” also obscures what is going on. That rural mindset is and came from the white South and tracks back to the Antebellum. What we are talking about is the politics of the plantation, which originated in rural areas but were also part of the urban South.

Plantation politics not only cross urban/suburban/rural lines, they erase the division between the North and South (as well as East, West, and Middle). If plantation politics were confined to the South, we wouldn’t have jackasses in suburban Michigan adorning themselves with the Confederate battle flag, the Ku Klux Klan would have never taken hold in places like California and Washington state, and Wisconsin wouldn’t be a battleground state.

All of this gets confusing, I know, that is why I skim stories on the urban/rural to get to ones like Ian Millhiser’s examination of population data and political representation. On Vox, Millhiser comes up with some pretty shocking numbers on how undemocratic the US Senate is. While it is not news that, in the Senate, states with dense/high populations have much less power proportionate to their population than mostly rural ones, Millhiser’s numbers are anger-inducing.

As much as we gripe about the unrepresentative nature of the Electoral College, the College only affects one political office, the presidency. The US Senate is 100 elected offices, representing 50 states. These representatives decide who serves on the Supreme Court and who the president’s cabinet members are, as well as what major legislation looks like. Damn population and representation, the Senate, by its very nature, tilts rural, which means it over represents the rural mindset and plantation politics. So, if you ever wondered why the popularity of Medicare for All or the Green New Deal doesn’t translate into passable legislation, there you go.

Given that the structure of the Senate is hardwired into the Constitution, this situation is not going to change. What it means is that if we want change, we have to make sure our numbers are represented in our activism. Those who desire change but only talk about it must get engaged, especially right now in the Georgia Senate fight. Millhiser’s numbers show that even if we get Georgia, the system will still be unrepresentative, but not as much as we if we don’t. It is important to make the Senate 50/50, because, at least then, we have a chance.