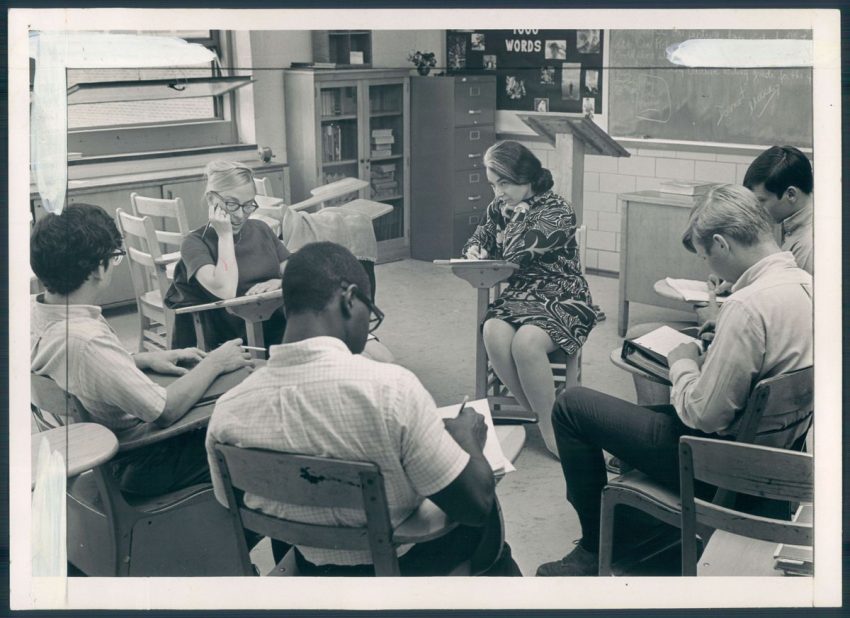 You might not know the name Florence Howe. I wouldn’t had I not spent two decades as a bookseller. I know of Florence Howe because she was a publisher of books, and a very important one.

Born in Brooklyn to a mom who was a bookkeeper and a taxi cab-driving dad, as a young adult, Howe became interested in the Civil Rights Movement and workers’ rights. Howe went to college and became a civil rights activist. In 1964, she taught at a Mississippi Freedom School, she felt that, because she was a woman, she was treated a bit shabby by fellow activists. The experience led her to question misogyny within the movement for change. Rather than give up, she wanted to change things. Her search led her to feminism, something that she previous dismissed as being “selfish.”

Howe started her journey by reading books. It was a brief journey, for, at the time there were not many books published on feminism or the women’s movement. She became especially frustrated when, as a college professor, she found very little she could use for classroom readings. One night she complained to her husband, who encouraged her to start publishing books. She took the idea to established publishers. They told her that they weren’t interested because “there was no money in it.” She took that as a challenge to do it herself. In 1970, Feminist Press was born.

Unless you worked in a bookstore, are a feminist or queer, took a women’s studies course, or read widely on radical and identity politics, you probably never heard of Florence Howe’s Feminist Press. While Feminist Press is important, it is a small press that is looked at as a niche publisher. While a few of its titles jumped into the mainstream, most didn’t. That is okay, for its impact was profound.

As the first American woman-run, women-centered feminist-oriented publisher, Howe and Feminist Press published important books on women. By doing so, the press helped create and organize an important segment of literature – Women’s Studies. Howe acted on her initial interest in Civil Rights and working-class politics by publishing ground-breaking works by Black women and other women of color, as well as many volumes on the experience of working-class women and women in poverty. Howe’s publishing choices contributed to an expansive view of feminism, one that spoke to more than just educated White women.

Feminist Press published a lot of books. It helped and inspired others to people to publish books on women and feminism. Pre-Feminist Press, if a bookstore had a women’s section, it was a dozen books – The Second Sex, something by Betty Freidan, a study of pioneer women, a few biographies on Eleanor Roosevelt, and some books on etiquette. Feminist Press and others forced bookstores to create real women’s study sections, if only to house all that was being published. In turn, people opened feminist bookstores, which led to LGBT bookstores. This led to more feminist and queer oriented publishers. From there, we see more ripple effects.

No matter the focus, when one “niche” publisher inspires others and they thrive, that benefits the independent and small press as a whole. Soon you have indie book distributors that deal with all types of books. Folks interested in African American literature and studies, or Latinx authors, or even books dealing with punk rock, see a successful small press like Howe’s and say, “I can do that!”

Feminist bookstores inspire Black or Chicano bookstores, either to come into existence or not give up. Bookstores start carry music on indie labels, and so you get a women’s music scene, which in turn helps inspire things like Riot Grrl and queer punk, which help break down gender and racial barriers in underground music. Other independent businesses are created.

All this cultural change challenges the status quo and, in a capitalist society, if all of the above sells, all of the above gets partially co-opted and mainstreamed. Culturally, this is not a bad thing. Yes, mainstreaming often waters down the politics of independent culture, but not always. Major publishing house Harper Collins’ saw money in Howard Zinn’s People’s History of the United States, so they published it. People’s History has sold millions. It is taught in classrooms. It led to a series of other “people’s histories.” It is one of the most important books on American history…and it is mainstream.

Or, take Black Lives Matter. Even if some activists get cynical about mainstream attention, try to cash-in on it, or let it make them complacent, the mainstreaming is an important step towards change. We want white middle-class mom and dad to take their kids to a BLM protest, the Women’s March, or a pride parade. We want teachers to be able to teach the crossing of the Pettus Bridge, the Seneca Falls convention, and Stonewall without anyone seeing controversy in the teaching or the subjects taught. We want to see kids at the playground, wearing a BLM or rainbow flag t-shirt. We want the ideas behind the Civil Rights, feminist, and queer liberation movements to considered as American and “normal” as the ramblings of Ben Franklin. We want politicians to not turn to polling to see if they can support the “Black Lives Matter agenda.” Hell, we don’t just want these things, we need them to happen.

People like Howe are what give me hope for America. She was one of many people who are relatively unknown outside their fields of interest, yet do the good work to necessary to make this country and the world better. When Howe looked at America, she saw a country of many different types of people, who are all interconnected. She understood that our struggles overlap and that turf wars are of no use to us. She knew that the quality of her life was tied to that of others, no matter their gender, skin color, ethnicity, or sexuality. And she acted on her insights and created something important. This is what we do when we decide not to be spectators and it is not uncommon.

As much as I despair when I see the world on fire, as much as I get angry when I hear Trump and his minions speak, as depressed as I get when I read the news, I look at where we are culturally and socially and I feel hope. I look at the lives of people like Florence Howe and John Lewis and know that good people do great things. I also know that with people like Howe and even Lewis, we don’t recognize their importance, the impact, or even the existence until they die.

The obscurity of such important people tells me that there are many Florence Howe’s and John Lewis’s active today than are acknowledged. There has to be: Without these people, we would not see all the interracial, cross ethic, and same sex relationships that we do today. It is the nameless Howe’s and Lewis’s that are out in the street demanding change.

Trump and the right-wing backlash exist is reaction to obscure activists pushing change. We might not see our successes, but the right does. They don’t pine for the “Good Old Days” or chant “You will not replace us!” in a vacuum. They do so because they fear the change we bring and see us as a threat. If the right-wing and the powers-that-be were comfortable, they wouldn’t bother with us.

Cultural, social, and political change happens over years and decades. Change, especially lasting change, demands time and struggle. Before Florence Howe, there were others. Before John Lewis, there were others. While these important people lived, there were others. And after they die, there will be others. Mourn the loss of these people as individuals but do not mistake their deaths as the end of a movement. Neither Howe nor Lewis nor anyone who acts for change does so thinking that change dies with them. If they thought that, they would have given up decades ago. The pressure of being “the movement” is just too much for a single person or a small group of people to handle.

Howe and Lewis were sustained by their knowledge that they were part of something greater than themselves, something Lewis was adamant about. They’d want their deaths to be used as an examination of their lives and for inspiration. They’d want their legacy not to be books or news footage but you and me working to change the world, to make America a more equal and just place. They’d want us to heed the words labor organizer Joe Hill said moments before he was executed by the state, “Don’t mourn, organize.”