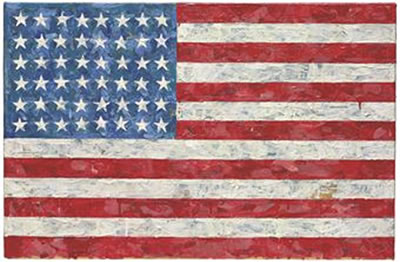 On July 3, 2020, President Donald Trump went to Mt. Rushmore in South Dakota and gave a speech. The event was billed as a national celebration of the country’s birthday; however, the speech Trump gave exposed the spectacle as a white supremacist-themed Trump re-election rally.   After a series of Thank You’s and a run-through of 4th of July mythology, Trump got to the meat of the speech:

1776 represented the culmination of thousands of years of Western civilization and the triumph of not only spirit, but of wisdom, philosophy, and reason.

There is a lot packed into that (likely) Stephen Miller-penned sentence. We have “Western Civilization,” which was once an innocuous historical reference, but is now a far-right codeword for “the world that white people built.”

Trump says that “Western Civilization” culminated in 1776. Culmination is the highest point one can reach. Taken literally, Trump and Miller are saying that the high point of Western Civilization was when a group of white businessmen decided to form their own country, a country where the economy relied on the enslavement of black people, a country whose existence required the genocide of the indigenous population. The apex of Western Civilization taught that women are subservient, unworthy of political or economic rights, but fair game for execution if they didn’t obey and conform to men’s rule.

America 1776 – Western Civilization at its peak – was not “the triumph of…of wisdom, philosophy, and reason,” but a mutation of the extremist Christianity society created by The Puritans. Sixteen-twenty-nine was the year the Puritans started arriving in America. Their new home was Massachusetts, where they sought to create a Christian fundamentalist theocracy based on misogyny and white supremacy. Puritan interpretation of scripture dictated that marriage was not just between husband and wife but between a married couple and God. It was through the institution of marriage that God’s will was to be carried out. God’s hierarchy was very clear as to whom was in charge – man over beast, the faithful over the heathen, the Puritan over other faiths, man over woman.

In Puritan America, women only possessed rights through marriage to a man. Women were expected to submit humbly and obey. They were to cook, clean, and breed. When done with their duties, women were expected to be silent. Those who rebelled were beaten. Those who refused to conform were dubbed witches and executed, the victims included women who refused to submit to rape. This was God’s will.

Outside the home, Puritans used the state to enforce religious rule. Christmas festivities were banned. The celebration around the holiday were said to distract from “true religion” and encourage “sinful behavior.” Easter celebrations were also discouraged. No sports or other leisure activities were allowed on Sundays.

The Puritans banned card playing, “mixed dancing,” and the theater. While alcohol consumption was allowed, it was strictly regulated. Drunkenness was disciplined. Toasting was outlawed. Drink was also restricted to white men. Selling or serving alcohol to women, Blacks, or indigenous people was banned.

Contrary to mainstream American history, slavery was not restricted to the South. New England’s Puritans not only enslaved Indigenous people and used African slaves, but they engaged in the slave trade, buying black slaves from the Caribbean and Africa, while selling Indian slaves. Obviously, “race mixing” was forbidden.

Trump follows his words on Western Civilization with:

And yet, as we meet here tonight, there is a growing danger that threatens every blessing our ancestors fought so hard for, struggled, they bled to secure. Our nation is witnessing a merciless campaign to wipe out our history, defame our heroes, erase our values, and indoctrinate our children. Angry mobs are trying to tear down statues of our founders, deface our most sacred memorials, and unleash a wave of violent crime in our cities. Many of these people have no idea why they’re doing this, but some know what they are doing.

Obviously, the words ancestors, nation, history, heroes, children, values, and culture, and should be prefaced with white. Trump defends “our” white ancestors, the Puritans and other conquerors and slave-traders. He worries that white children will not know the white-supremacist version of history, one in which “Indian savages” invited European colonialist to live with them and women were unmentionable. It is a history in which slavery was good for “black families” and the Civil War was a “noble” rebellion of the South for “state’s rights.”

Trump’s version of history is also Dylann Root’s vision of history. Before he waged his one-man terrorist attack on a church important to Charleston, SC’s black community, the Confederacy-obsessed white supremacist wrote:

Only a fourth to a third of people in the South owned even one slave. Yet every White person is treated as if they had a slave owning ancestor. This applies to in the states where slavery never existed, as well as people whose families immigrated after slavery was abolished. I have read hundreds of slaves narratives from my state. And almost all of them were positive. One sticks out in my mind where an old ex-slave recounted how the day his mistress died was one of the saddest days of his life. And in many of these narratives the slaves told of how their masters didnt even allowing whipping on his plantation. [sic]

Segregation was not a bad thing. It was a defensive measure. Segregation did not exist to hold back negroes. It existed to protect us from them. And I mean that in multiple ways. Not only did it protect us from having to interact with them, and from being physically harmed by them, but it protected us from being brought down to their level. Integration has done nothing but bring Whites down to level of brute animals.

Roof’s words echo the “Lost Cause of the Civil War” point-of-view, a view Trump promotes in his worrying over “our sacred memorials.”

Trump also neglects to preface certain words with black. When he speaks of “angry mobs,” substitute angry for black. “Wave of violent crime in our cities” is dog-whistle for black-on-black crime. “Many of these people have no idea why they are doing this, but some know what they are doing” is white supremacist-speak for “Black people don’t know why they are doing this, but the Jews do” or as white supremacist Dylann Roof puts it, “the Jewish agitation of the black race.”

The president guarantees that the white man will have none of this:

Trump is answering Christopher Hasson, the US Coast Guard officer who is serving a 13-year sentence for conspiring to launch a race war:

Hasson’s words are not unique. His grievances are repeated in dozens of far-right manifestos. Whether the target is Blacks, Jews, women, Muslims, or immigrants, the complaints are the same: The “Other” is taking over. And, every manifesto-writer answers the “problem” the same way:  We are “not weak and soft and submissive.” We are “strong and proud” and we will not let “our country” be “taken from” us. We will fight back.

Lurking behind Trump’s words, are not “We hold these truths to be self-evident, that all men are created equal, that they are endowed by their Creator with certain unalienable Rights, that among these are Life, Liberty and the pursuit of Happiness.” No, instead Trump replaces the 35 words that are the foundation of America’s aspiration with the 14 words written by The Order’s David Lane, “We must secure the existence of our people and a future for white children.”