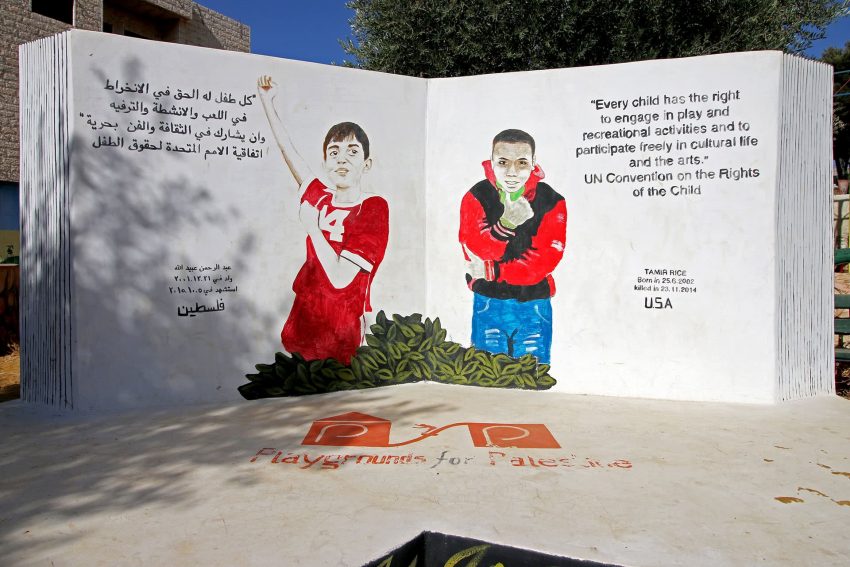 This is a cautionary tale on “police reform.” Since 2015, police have shot and killed over 5,400 people, more than half of the dead are people of color. Most of these killings are reported only in local media, if at all. The high-profile cases – Michael Brown, Alton Sterling, Freddie Gray, Philando Castile, Oscar Grant, and others – ride the national media for a time. The press results in promises of police reform. Police unions and cop-friendly politicians decry even the mildest of reforms as an attack on the police and an invitation to lawlessness. Brave cities require implicit bias training and call for use of force policy reviews. Deeper reform is blocked and the issue snuffed…until the next high profile killing happens.

Today, people are protesting the murders of George Floyd,
Breonna Taylor and, now, Rayshard Brooks. The topic of police reform is so hot that even President Donald Trump and police unions have “reform” plans. The public wants more aggressive reform. Change Research reports that “64% of voters nationally and 61% of voters in the competitive battleground agree that ‘We should invest more in education, mental health, and social services and spend less on policing’” – pretty much Defund the Police.

America’s response to this recent round of the police killing people of color is mostly encouraging; however, as past events show, even the most clear-cut case of police murder, that of a child at play, can result in an official response which is worse than inaction. The murder of Tamir Rice by Cleveland police officer Timothy Loehmann is the perfect example of national outrage, mass protests, and promises of reform leading to not much of anything.

On November 22, 2014, a 12-year old boy named Tamir Rice was playing in the yard of a Cleveland park. Tamir was black and had a toy gun. That prompted an unknown citizen to call police dispatch about a man who “keeps pulling a gun out and pointing at people.” The caller later says that the gun is “probably fake” and that the man is “probably a juvenile,” two things that the dispatcher did not relay to the responding officers, Timothy Loehmann and Frank Garmback.

Surveillance video showed that while Rice was playing in the park, Loehmann and Garmback drove their patrol car onto the park lawn. Tamir moved his hand towards his waist as Loehmann jumped out of the car. Within two seconds, Loehmann shot Tamir Rice from a distance of ten feet.

The video contradicts the police report, which portrays a drawn-out incident in which both Loehmann and Garmback exit the car and tell Tamir to put his hands up. Tamir didn’t: He dropped his hands to his waist. Although Tamir “did not threaten the officer verbally or physcially” – per Cleveland Deputy Police Chief Ed Tomba – Loehmann shot him.

Tamir Rice died in the hospital the next day.

At the time of the shooting, Loehmann had been working for the Cleveland PD for eight months. Prior to working as a Cleveland cop, Loehmann had worked as a patrolman for the Independence, Ohio police department. When Loehmann’s past as an Independence police officer was looked into, reporters found this incident from November 2012:

“During a state range qualification course, Ptl Loehmann was distracted and weepy,” [deputy chief Jim] Polak wrote, naming the trainer as Sgt Tinnirello. “[Loehmann] could not follow simple directions, could not communicate clear thoughts nor recollections, and his handgun performance was dismal. Sgt Tinnirello tried to work through this with Ptl Loehmann by giving him some time. But, after some talking it was clear to Sgt Tinnirello that the recruit was just not mentally prepared to be doing firearm training …

“Ptl Loehmann continued with his emotional meltdown to a point where Sgt Tinnirello could not take him into the store, so they went to get something to eat and he continued to try and calm Ptl Loehmann. Sgt Tinnirello describes the recruit as being very downtrodden, melancholy with some light crying. Sgt Tinnirello later found this emotional perplexity was due to a personal issue with Ptl Loehmann’s on and off again girlfriend whom he was dealing with till 0400 hrs the night before. (Pti Loehmann was scheduled for 0800 the morning in question).”

At other times, Loehmann’s supervisors found that he had “left his gun unlocked, lied to supervisors and failed to follow orders.”

“Due to this dangerous loss of composure during live range training and his inability to manage this personal stress, I do not believe Ptl Loehmann shows the maturity needed to work in our employment. For these reasons, I am recommending he be released from the employment of the city of Independence. I do not believe time, nor training, will be able to change or correct these deficiencies” [emphasis added].

Loehmann quit before he was fired. Less than a year later, he applied for a job with the Cleveland Police Department (CPD). According to news reports, CPD hired Loehmann without reviewing his Independence PD personnel file or investigating a six-month employment gap. In May 2017, CPD fired Loehmann for “withholding details of his past employment” but not for the 2014 murder of Tamir Rice.

Officer Frank Garmback’s past is also disturbing. Note this incident from 2010:

On Aug. 7, 2010, [Tamela] Eaton, who was 39 at the time, returned to her home to find a car parked in front of her driveway on Clifton Boulevard. She called Cleveland police and to have a tow-truck sent. Eaton then got ready for bed.

Unbeknownst to Eaton, Cleveland police had been sent to Eaton’s neighborhood to find a suspect in a slaying. Garmback and Guerra found a man and woman walking down the street. The officers quickly arrested the man, despite the woman’s loud protests, according to documents [Eaton attorneys] Bradley and Marein filed.

Eaton came out of her home and believed that the officers were responding to her complaint of the car blocking her driveway. The lawsuit said Eaton did not want the person arrested for her complaint.

The suit said Garmback initially argued with Eaton. It said Garmback then “rushed (Eaton) and placed her in a chokehold, tackled her to the ground, twisted her wrist and began hitting her body. Officer Guerra rushed over and proceeded to punch Tamela Eaton in the face multiple times.”

Eaton was arrested for “resisting arrest” and “battery of a police officer,” charges typically used to cover up police abuse. Also typical, the charges against Eaton were dismissed. Also typical, Eaton sued CPD and won $100,000; the settlement isn’t noted in Garmback’s personnel file; Garmback continued to work for CPD after receiving an eight day suspension;  Cleveland Police Patrolmen’s Association, the police union fought Garmback suspension and got it cut in half. Aside from a four-day suspension, the only other sanction on Garmback was that a worker at a local Dunkin’ Donuts refused to serve him. Also typical, that worker was fired.

Let’s continue with other things that are typical about the Tamir Rice murder:

The report resulted in CPD being put under a “consent decree,” where the Justice Department takes over operations of the department while reforms are enacted.

The police murders of George Floyd and Briana Taylor birthed national protests against police brutality and for deep reform. Police violence against peaceful protesters, as well as attempted cover-ups by the Minneapolis and Nashville police departments, swung public opinion behind protesters and those calling for deep reform.

Public sympathies with protesters’ demands – specifically Defund the Police – moved both President Trump and police unions to introduce “reform” plans. These “police-friendly” reforms are disingenuous and weak. Trump’s executive order “incentivizes” police departments to institute reforms. If a department orders further training and bans chokeholds in situations where a police officer does not fear for his life, they get a cash prize. Trump also ordered the DOJ to create a “bad cop” database, however, he provided no direction on how to do so and issued no deadline.

Police unions from San Francisco, San Jose, and Los Angeles co-released their own “reform” plan. The plan calls for the federal government to create a “bad cop” database and suggests more training. The plan calls for a use-of-force database, which could be helpful if it is truly transparent and information is immediately entered without police officers’ identities masked. The unions also dedicated themselves to “root out” racist cops, something which police unions have previously blocked under the guise of “protecting” their members.

In December 2015, after police killed Mario Woods, former Police Chief Greg Suhr asked the federal DOJ to do a review of the San Francisco Police Department. October 2016, the DOJ came back with 272 recommendations for reform. Three years after the recommendations, California DOJ found that only 18% of the recommendations have been enacted.

On June 11, Mayor London Breed issued a reform plan, one backed by SFPD’s union. Much of Breed’s plan is a rehash of the DOJ’s recommendations. Other parts mirror the three-city police union plan. Neither Breed’s nor the three-city unions’ plans are adequate, but even if they were made official, SFPD has proven incapable of or not to be trusted in instituting reforms.

Police reform activists have jettisoned the phrase “police reform” and instead have focused their messaging on specific reform proposals – defunding the police and demilitarizing the police. Despite right-wing distortion of demands to defund and demilitarize police departments and criticism from worried Democratic Party operatives and armchair marketers, activists have succeeded in selling their ideas.

Since the Floyd/Taylor protests elevated the slogans Defund the Police and Demilitarize the Police, Washington Post, New York Times, Wall Street Journal, Los Angeles Times, Politico, Vice, and dozens of other publications have run primers or explainers of defund and demilitarize. Polls show strong support for both concepts, support that runs throughout the nation and across party lines. Polls also have a majority of white people recognizing that white and black people have different experiences with police and that structural racism is a factor.

The public shift in opinion on deep reform and policing is a start, however, as others have noted, public opinion can swing backwards. A new event can shift the country’s focus from police power and violence to a hurricane or new plague wave. When opinion wavers and attentions split, weak, show-biz “reforms” proposed by police unions and police-friendly politicians can be rubber-stamped, true reform stopped, and we return to the status quo, much like Cleveland did after mass outrage over the unpunished police murder of a twelve-year old boy shifted to the police killing of another Black man.

The protests in reaction to the murders of George Floyd, Briana Taylor, and Rayshard Brooks have created a rare opportunity for true, deep police reform, measures that can make a profound difference in the lives of people of color, greatly improving the nature and quality of policing while attacking systemic racism. Activist will fight the good fight – they always do – but the public must keep focused on true reform, pressuring elected officials to enact and follow through with real measures to rollback police power, and saving criticism for opponents of reform.