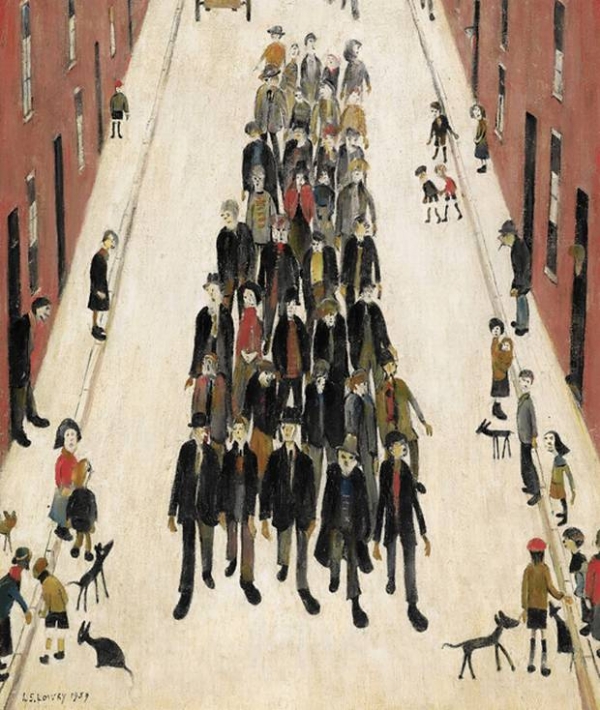 In Sacramento 1990, I was part of a group of young people who organized a series of mass protests in Sacramento, against the build up to the Gulf War. After our first protest drew far more than we expected, we decided to do a 24-hour occupation/protest on the west steps of the State Capitol.

To cover our asses and keep the cops from evicting us, we obtained a permit from the state police. The permit asked how many people we expected to show up. Five hundred seemed right.

Friday, the first evening of the occupation drew 1,000 people. About half them spent the night at the Capitol. The protest was supposed to end at noon Saturday, but come noon we had at least 1,500 people. No one was going home!

We never hit 3,000 again, not during the work week. However, state workers used their lunch break to join us. After work, the crowd grew to up to 800. On the final Saturday, the crowd topped 2000. We called it quits because we were too beat to go on. (Note: We had absolutely no idea what we were getting into and not a whole hell of a lot of know how. It was learn-as-you-go. People held classes, played music, gave lectures, picnicked, danced, and did direct action. We also had only a handful of people playing security, a feminist collective of about a dozen people.)

One of the main things I learned – besides how a mass of people is perfectly able to police itself – was that protests need longevity. It was vital that we followed our first protest with the occupation. Because we had momentum, it was important to keep that occupation going. It was also important that we plan a follow-up, which we did at the occupation. We followed the follow-up with another follow-up and more. When established peace groups tried to pushed us out of the way, we did not go away.

Not every protest was bigger than the one that preceded it. That is fine. We weren’t going for size but persistency.  The more we made ourselves present, the more attention we got. We used that attention to spread our message. It was successful.  Our protests and those across the county succeeded in turning the majority of the country against a war before a shot was fired. George H.W. Bush invaded Iraq without a public mandate to do so.

As the war launched, Bush hired a public relations firm to wage the Support Our Troop/yellow ribbon campaign (no, those things were not organic). Public opinion swung towards support for the war…if it was over quickly, which it was. While we were not able to win back public opinion on the war, we did create solid opposition to an occupation, which did not happen.

What success we had in the battle over public opinion came because we refused to go away. Our continued presence gave us time to explain our position, extended the conversation, and win people over to our side.  We also used that time to create a safe space for people of like opinion, but who were hesitant to join a protest. Constant footage of people gathering peacefully showed people that they were safe to gather peacefully.

Of course, “patriots” and pundits called us bad people and we were attacked by our own for being “too radical.” (One older peace activist mocked us because we wanted a guy named Jello Biafra to speak at a rally. “What kind of name is that?” she squealed. Uh, one who will draw 1,000 people… We lost that one, but otherwise we didn’t listen.) Unfortunately for our critics, we captured enough space and earned enough trust to prevent us from being dislodged. We stayed in the debate by continuing to organize and getting our message out.

The people who continue to organize on the street for the end of systemic racism and police violence – so many of them the same age range the group I was – are doing the right thing by continuing to be out there. Their continued presence has turned public opinion in their favor. Before the protests, Americans were generally critical of Black Lives Matter and absent on issues of white supremacy and systemic racism. Right now, 70% support the protests and a majority support BLM. Even more significant, a good majority of white people recognize systemic racism as a problem. The shift in public opinion occurred because the protests did not stop.

We now hear serious discussion and some action some action on deep police reform. Major cities are enacting or discussing defunding and demilitarization, discussions that are only happening at this level because activists are being frank about their demands and not soft-selling their ideas as “police reform,” a phrase that has been hijacked by law enforcement advocates and now police unions. Refusing to soft sell defunding also has sold the public on the idea. More than 60% of the country supports measures to defund the police.

By staking out a negotiating position way to the left of what is usually sold as reform – more sensitivity training for police and more pancake breakfasts in the name of community policing – activists have created a situation where we might see real change. However, a lot of this depends on us. We need to continue to be out on the street, but we also must support elected officials who support us. When they introduce a “people’s budget,” a ban on military equipment, or even a resolution supporting BLM, we must be there to back them up and applaud when these measures get passed. When police unions and the law-and-order people attack our elected allies, we must have their backs. We must stay involved to make sure this stuff gets enacted and not gutted behind closed doors. We must elect more allies so that we are so many in the halls of power that we lock in what we worked for and so that future struggles are not so hard.

Yeah, this is tough work, but we are trying to change the world. Think of it as raising a child. You work hard to get things right and screw up on the way, sure, but the key is consistency and persistence. There are times that are extremely challenging, almost impossible, but you keep working. And then they graduate high school and it is a bit easier. They make their way through college or land a good job, find their people, and maybe have kids. With your help, hey work to help their kids be better equipped to handle the world than they were. After many years, you look back and think “Yeah, that was worth it.” That is what we are doing. That is what this project is. That is why we must keep on keepin on.