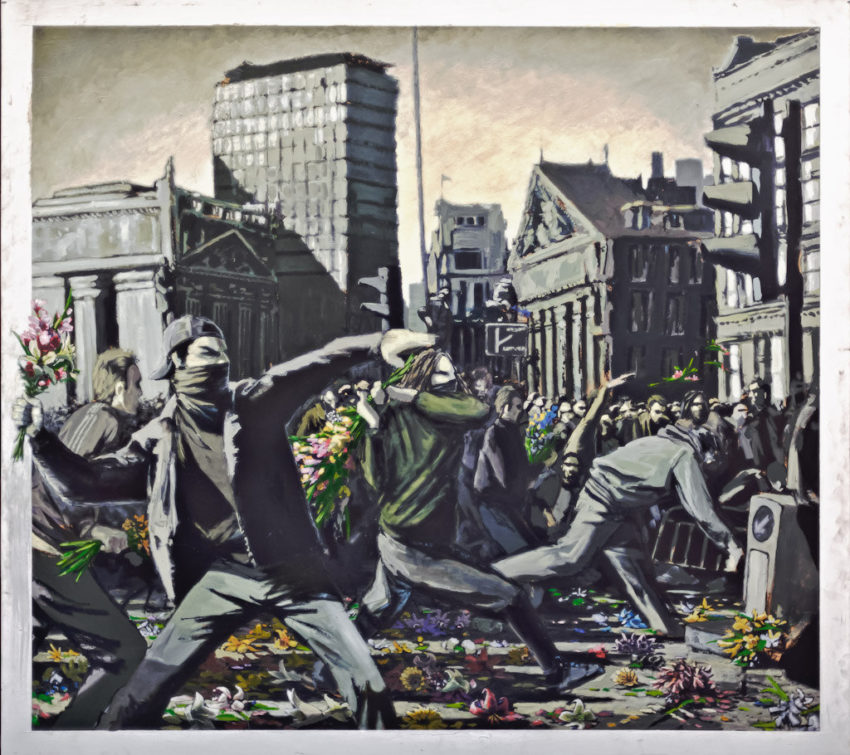 One of the more disturbing reactions to the week’s unrest is the shock that riots are occurring. I’m not talking about shock over why they are happening, but that violent unrest happens. People react as if the violent uprisings in Minneapolis and other cities are unique occurrences in the history of America. They aren’t.

Going back to early U.S. history, slave uprisings and insurrections were a regular occurrence, often happening in waves, one inspired by another (Foner, Aptheker). From the 1820s through the 1850s, there were hundreds of riots and skirmishes between nativists and immigrants, supporters of slavery and abolitionists, or all four groups.

Riots against the draft and the war occurred throughout the Civil War. The Union victory over the Confederacy ended slavery, but not racism or racial unrest. The eras of Reconstruction and post-Reconstruction Nadir were a prime time for white riots targeting Blacks and immigrants. Race and nativist-based riots continued into the new century, but were dwarfed by labor unrest.

In 1877, the Great Rail Strike occurred. It started in West Virginia over wage railway worker wage cuts and spread throughout the East Coast and Midwest. The strike spurred riots between striking workers, scabs, police, and private security hired by the railroads. The unrest lasted 69 days and stopped after federal troops were sent into states where the strike was active. Thousands of rail cars and buildings were destroyed, tens of millions in damage occurred, and hundred died.

Though the Great Rail Strike was crushed, it inspired workers to organize and strike. From 1877 into the new century, there were thousands of violent strikes and labor actions, again often overlapping and each inspiring others. Those who’ve studied labor history know the names Haymarket (Chicago), Homestead (PA), Pullman (Chicago), Lawrence (MA), Paterson (NJ), Ludlow (CO) and Matewan (WV), but there were many, many others: Cleveland May Day Riots (1894), New Orleans dockworkers riots (1895), Colorado Labor Wars (1903-04), Anthracite Coat (1903), Motormen’s Riot (1903), Chicago teamster’s strike (1905), Bellingham (1907), Philadelphia general strike (1910), Wheatland (1913), Copper Country (1913), Everett massacre (1916), and on. During the 1920s and 1930s, every week saw one or more violent labor uprisings, strikes, or riots. (Adamic, Brecher, Foner).

The early 1900s also saw continued racial and nativist violence, sometime intertwined with strikes. In 1919, racist riots of whites against Blacks occurred in over 40 cities. The violence was so bad the sequence is referred to as the Red Summer.

Unrest in impoverished Black neighborhoods, as well as organized violence by whites against Blacks, Asians, Latinx, and Native Americans really picked up in the 1950s, but exploded after the decade turned. In 1964, there were major riots in Rochester, Harlem, and Philly. In 1965, Watts. In 1966, Cleveland and Omaha. In 1967, Newark, Plainfield, Detroit, and Minneapolis.

Many of these riots were a blur, one ran into the other or they happened simultaneously, often inspired by another uprising. And there were many more small incidents or riots that never made the big time, things like a police shooting a kid and a few buildings getting torched, violence by citizens against property, but not large or widespread enough to be noted, however when seen as part of a web, definitely important.

Into the Seventies, Eighties, and on, America endured waves of unrest. We remember a few riots/spasms – Attica, Wounded Knee, Boston bussing riots, White Night riots, Greensboro, Miami, Tompkins Square, Miami, Crown Heights, and Washington Heights – but more localized riots, especially the many prison riots of the 1970s have not stuck in our national memory. While an event like the Rodney King riots (1992) got tons of press, local riots and uprisings in other cities, in support of the King rioters went under-reported.

Today’s violent unrest is as American as baseball, motherhood, apple pie, rock ‘n roll, and hip hop. We can sweeten and sanitize the history books, but there is no escaping that the United States is a very violent country, and has been since 1610, when Thomas West sent 70 men to massacre the Paspahegh Indians near Jamestown (or back to 1518, if we start with Cortes’s genocide of the Otomi people in Mexico). This is who we are.

Certainly, we shouldn’t resign ourselves to violence, but we must not act as if it is some anomaly or abnormality. To treat organized violence, including riots, as something foreign and rare trivializes not just the violence, but the actions and conditions that sparked the ultra-vi. The denial means nothing changes.

We know this, we know how denial works. We know it so well that we’ve made a cliché out of “In order to deal with your problem, first you have to admit it.” Perhaps we’ve said that line so many times that it has as much meaning as “How are you today?” and “Thoughts and prayers.” But, unlike those two trite phrases, there is truth in the idea that growth only occurs once you identified a problem, and that identifying the problem means denying denial.

We also have riots because we desire change…and change often happens due to the pressure caused by riots and violent uprisings. As slave revolts cascaded, leading to riots and armed insurrection, the powers-that-be were forced to take abolitionists seriously. Not just strikes, but violent labor actions, forced government reforms which eliminated child labor, gave us the weekend, and brought about the 40-hour work week, and more. The decades of race-based riots in from the 1940s through the 1960s were as important to the Civil Rights Movement as Martin Luther King, Rosa Parks, and the Freedom Riders. Often, tensions have to rise to violence for those in power to take the people seriously. Often, violence has to happen for change to occur. This is not a comment on people turning to violence, but the resistance of money and political power to change. But violence does not have to be.

If you truly want to stop the violence, attack the conditions and tendencies that give us riots, not the riots or the rioters.  Go after the cause of the disease and stop fussing with the symptom. The unrest in Minneapolis and beyond are just the latest opportunity for us to make deep change. Deny and fliff it away and we will see more violence and plenty of red-hot summers.

1 thought on “America Is A Riot”