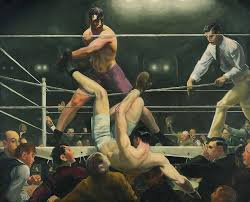 Please don’t freak over Trump and his recent lashing out about Twitter. It is all impulse and show. He cannot do anything to shut down or police social media. No executive order he issues (if he actually does, he puff ‘n bluffs a lot) will make it through the courts.

Read Trump’s hissy fit as desperation. Trump is wounded and he is lashing out. This is not new. Watch him over time and it is how he reacts. His reaction is almost always visceral and intrusive, it is never private and introspective. He reacts this way because he is trying to control the situation. This is not “gaslighting.” It’s more like dealing with an abusive relationship by loudly insisting loudly that he lives in the “perfect family.” Trump is trying to keep his own reality from crumbling. The lashing out is mental and emotional self-maintenance.

Of course, Trump needs us to believe what he believes or at least say “Sure thing boss.” As a public figure, he doesn’t just need us to bolster his self-image; We are what gives definition to his persona. Trump uses us for structure. Without us helping define him, Trump either becomes negative space or he flails around trying to find definition, much like how he freelances during rallies. He has been doing this all his life, but the world is now in on this because he is president.

In order to feel a sense of self, Trump has to be in control of this dynamic. If someone else steps back and tries to define Trump independent of Trump, unless the definition jibes with Trump’s vision of himself, he lashes out, either in a tantrum, threats to sue, or by inflicting pain. You see this when Trump has to interact with the press not on his terms. You see that in his response to fact-checkers. It is behind his constant “fake news” accusations.  It is a defense used to cover weakness. It is desperation. Trump acts this way because he has been wounded.

Now, there are several things you can do with this information. Here’s two: You can reply, “Gee Scott, I hope you are right”- something I discourage you from doing, not because I want you to agree with me 100%, but because “I hope you are right” stinks of resignation. The second reaction is what I encourage: See that Trump is on the ropes and go at him harder. Trump is wounded, great, don’t stop hitting, don’t let him back up. Look at this as a fight, because it is. Trump knows this.

Unfortunately, we don’t look at this as a fight or we do but don’t have it in us to fight. I don’t know exactly what. Trump get wounded and yells, and we retreat. We look to someone else to knock him down. We cheer from the stands but rarely do we lend a hand. When the Mueller investigations were happening, I counted exactly ZERO rallies supporting the investigation. When impeachment was happening, I counted exactly ZERO rallies supporting impeachment. The right wing was out there supporting Trump, but we never made a public scene. Not surprising. It was hard enough to get people to contact their congressional reps.

We see that with this pandemic. The right-wing is out there being loud, in the street, and pushing their agenda hard. They’ve succeeded in turning the pandemic from a public health emergency to something about personal responsibility and choice. I understand that we are in a bind with social distancing and avoiding public gatherings, but we haven’t even explored what else we can do. We are creative people who avoid being creative about protest and letting ourselves be heard. We act as if standing up for ourselves is – hell, I don’t know. Once again, we’ve found ourselves in the ring and instead of fighting, we drop our hands and hope that the ref knocks our opponent out…and we don’t realize that we are far bigger, far stronger, far smarter and far more skilled than our opponent.

Way back in time in a land far away, a place called Sacramento, there was a thing called the Ron Mandella Community Garden. It was at 14th and Q. It covered a city block that was owned by the state. Every few years, CADA, the agency that had authority over the land, would float a proposal to develop the land – a grocery store, lux condos, affordable housing, offices, a parking garage. The garden people would rise up, organize community support, battle back, and win. This went on for a couple decades.

After each fight there was a lull. Never in that lull did the garden people make a sustained effort to secure the land, either by purchase or a 100-year lease. Because of that, these fights were destined to happen every over and over, and, because the state owned the land and had way more resources than the garden, one day the fight would be over. Eventually, the garden would lose, which it did.

The reason I know this is because I wasn’t just in these fights, I fought garden leadership on this issue. I was so vocal that one garden president, a POS named Bob installed his wife and son in leadership to help him fight back and eventually banned me from the garden. Still, everyone at the garden heard from me. I was a pain in the ass.

I’d show up on Saturdays and Sundays and go from plot to plot telling people that we needed to use one of our victories beating back development to secure the garden’s future. We had to capitalize on community support, move the thousands of people who backed us in our fight for existence to helping us nail our survival. And we had to do it after we beat CADA, when we had them down, when they were weakened and wounded and tired of dealing with us. Few people expressed interest in engaging. I don’t know why exactly. The pat line was “We just want to garden” but it was something deeper – cowardice, laziness, stupidity, ego, power, accountability – I don’t know. For a year or so, the garden had new leadership that shared my concerns, but it couldn’t act: It had to clean up Bob’s mess…and then Bob took control again…

We never pressed our advantage, we never tried to deliver that knockout blow, at least not until it was far too late.

By the time leadership was stable and ready to engage in a fight for the land, the plit was much too valuable for the suits to allow it to be used by the community for gardening. The city had also changed. Too many people who lived in the Midtown/Downtown grid had no connection to the garden. New homeowners in the neighborhood voiced opposition to the garden, not a lot but enough to create a wedge. Developers had started to assert control over city leadership. The money was against the garden. The gardeners and the community fought CADA’s last attempt to snatch the plot and they fought hard. But this time CADA was going for the knockout. Eventually the garden lost. November 2004, the bulldozers came and that was that. Now 14th & Q is home to condos and a pathetically small garden plot stripped on Ron Mandella’s name and thus the garden’s history.

We’ve dealt with Donald Trump as the Mandella Garden did with CADA. We fight on defense and fade after we beat Trump back. From the airport immigration protests on, we do not press forward when we’ve won. When the bastard starts reeling, obviously wounded, we back off and let him heal. We then spin stories about how strong and clever he is, covering for our own lack of follow through and our habitual avoidance of conflict.

Trump is wounded. He’s made hash of the pandemic. He has lost control of the narrative. Right now, we should be coming at him as hard as we can with the intent to bury him deep in the ground well before the November election, but we ease off and give him time to rest and heal.  There is a sports cliché that says, if you have a team down but let them hang around, eventually they will beat you. When we refuse to press the fight against Trump, we let Trump hang around and risk four more years of this madness. This is on us.