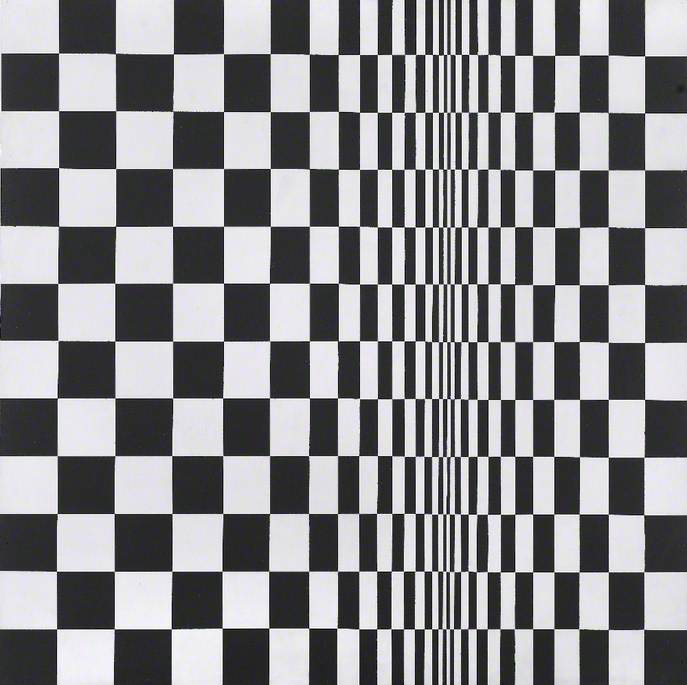 On Monday, Donald Trump said that he was breaking up the band. One day later, the band was back together. The Coronavirus Task Force, Trump said, would continue but maybe with a different focus, different personnel, Trump didn’t know, but something different. Anyway, the important thing is that the Task Force was “popular.” Trump knows this because,

“When I started talking about winding it down, I’d get calls from very respected people saying, ‘I think it would be better to keep it going.’”

Of course, we really don’t know who these “very respected people” Are. They could be Fox News’ Jeanine Pirro, Fox News’ Sean Hannity, Fox News’ Tucker Carlson, Fox News’ Brian Kilmeade, Fox News’ Laura Ingraham, Fox News’ Fox’s Lou Dobbs, or the voices in Trump’s head. Real or imaginary, Trump is hedging on the Task Force, as he has hedged on “Open Our Country,” testing, PPEs, and pretty much everything else. He is for it until someone says “Boo” and then he retreats, kind of but not really, I mean, he’s not in the scrum but he lingers close enough to it to take a couple steps in to lead the victory celebration,  regardless if victory really happens, or run up and kick at whatever body falls.

Trump has another reason for keeping the Task Force going: It is “popular.” My guess is that someone real told him something like, “Mr. President, the Task Force is one of the most popular things the administration has done…Yes, largely because of your involvement…Oh yeah, it was a ratings hit. More popular than The Bachelor and Monday Night Football, The Beatles, Jesus and Barack Obama, but not more popular than The Apprentice when it was yours. It is way more popular than Arnold’s version. Can you believe those ratings? What a loser!”

Now, because I have no idea exactly what the Task Force does or has done, I don’t know whether the Task Force being around if good or bad. I know that people meet in a room. I know that Trump pops in a Task Force meeting every once in a while, talks, doesn’t listen, and then leaves.  I know that the task force is used to manage messaging, that all virus-related statements from CDC, NIH, and other agencies must go through Vice President Pence and the Task Force for approval. I know that it has allowed Deborah Birx a chance to cover for Trump. I know that it gives us a chance to hear from Anthony Fauci. And I know that it provided Trump a weeks’ long campaign rally where he countered any helpful message Fauci or others had to say mere seconds after an intelligent thing was said.

I also know that the Task Force has not put us on a proper testing track, secured enough PPE and equipment for hospitals, stopped useless coronavirus tests from being sold to the public, reigned in profiteering, gotten states in synch on how they deal with the virus, provided consistent guidance on public safety, offered good information in a timely matter without confusion, or created a general plan on who to deal with the virus.

The Task Force hasn’t accomplished much of anything helpful, other than giving us a chance to hear Anthony Fauci. Given that it is there for show, do away with the illusion, disband it, hand Fauci a mic, and get out of the way. We’d be better off without the theater.

This on-again-off-again thing that Trump has with the Task Force is typical. As I eluded to up there, Trump has yet to hold any position on the virus and the pandemic for more than a few days. Nothing to worry about, maybe we should worry, I’m not worried. No virus, yes virus, it’s the flu, it’s not the flu, better than the flu, maybe worse than the flu, no one really knows, do you know, I don’t know, probably worse than the flu but not by much, maybe. Some very respected people tell me that, some very smart people tell me this. My gut says this and that. The cure can’t be worse than the disease, the cure is worse, we should concentrate on the cure, we should concentrate on the disease, “Open Our Country,” “LIBERATE,” only open the country a little bit, slow down, that’s not what I said, maybe I did but that is not what I meant, taking my words out of context, we should open up fast but only where we can when we can on a good day to do it and those who shouldn’t shouldn’t they know who they are.

The “Open Our Country” stuff is frustrating.  For more than a month, Trump has fudged numbers and projections, dismissed models, wheeled our Jared to tell us “Mission Accomplished” – all in an attempt to push states to scale back virus mitigation. His staff advised him against reopening, yet, when Republican operative held anti-stay-at-home rallies, Trump was all in to the point where he recycled his “Good People” compliment on anti-vaxxers, cosplay militia, and white supremacists. And then when states started to reopen, and the bad reviews came, he hedged, leaving governors he propped up on reopening naked.

Post-reopen, Trump was especially critical of Georgia, one state he pushed hard to reopen. Trump and his apologists maintain that Trump’s turn on Georgia was due to data showing that it was too early for Georgia to reopen. That is a lie. He had data projecting disaster for Georgia (and others) way before he  flip-flopped. He was told that it would be a mistake. He chose not to listen and now he is lying about that. The truth: Trump is reacting to the economic failure of Georgia’s reopening.

Yes, Georgia re-opened last week and, by most accounts, it was a bust. This from the CEO of a “venue” where people drink booze while throwing axes at a wall,

Bad Axe CEO Mario Zelaya expected business to be bad, maybe 10% of the hundreds of customers he would expect to see throw axes and drink beer on a typical weekend. “That was the worst-case scenario, especially with all the marketing we did,” Zelaya said. “The reopening weekend was a disaster. We had two customers all weekend.”

Aside from Trump, Georgia Governor Brian Kemp, and a handful of businessmen, absolutely no one is surprised by this failure. Plenty of real people knew that there was little public appetite for a reopen. Poll upon poll has shown that American support shelter-in-place orders and non-essential business restrictions at a rate of 75% to 80%. Nearly the same number of people worry about opening the country too quickly. Economists said No! Even Wall Street has cautioned against a quick opening.

But as much of a failure Georgia’s opening was for Georgia, it was a winner for COVID-19. According to cell phone data analyzed by researchers at the University of Maryland,

One week after Georgia allowed dine-in restaurants, hair salons and other businesses to reopen, an additional 62,440 visitors arrived there daily, most from surrounding states where such businesses remained shuttered, according to an analysis of smartphone location data.

In other words, by opening, this 13% bump in out-of-state visitor turned Georgia into a huge disease vector.  Because we lack testing, we do not know how many people have the virus, so we don’t know how many of these 546,159 out-of-state visitors will get the virus. Safe to assume that all of them will. We think that 50% of people who have COVID do not know that they do. We think that 37% of those who have it will get seriously ill. As deaths climb, we don’t know how deadly the virus is. We know that a good number of people who have it, do not go to the hospital when they should. We know that new FEMA data predicts a huge spike in deaths entering June. And we know that even someone as protected as Trump’s personal valet can get it. “Sick of winning” takes on a whole new meaning.

As Trump tries to dodge and spin every bit of bad news, he also keeps declaring victory. No matter how much deaths multiply, for Trump, every day is a success! Get used to this! Between now and November the Trump camp will cheer itself and frame its total failure in dealing with this pandemic a “Huge win for the American people.” Trump is already telling us that thanks to his leadership we will come out of this stronger than ever, that the economy will see a “spectacular” rebound. Trump, from the Associated Press,

“I think we can actually surpass where we were,” Trump told reporters in the Oval Office, while allowing he was relying on his gut.

The good news here is that, outside Trump cultists and Fox News propagandists, no one believes this crap. Wall Street knows that the economy is trashed and will remain trashed for some time, “opened” country or not. The public knows that things are not going well. No one mistakes Trump’s constant flip-flopping as leadership. Even Trump supporters in his most important demographic – seniors – do not trust Trump’s “leadership.”  When death walks behind you, reality smashes Reality TV.

As Trump & Co. try to move from miracle cures to the one big miracle of “America Greater Than Ever!” it is extremely important to assert what is real. Trump has not just failed on the COVID crisis, his actions and lack of action has made things far worse than they should be. Under Trump, America is Worse Off Than Before. That isn’t politics, that is the truth.